As propounded by William Ewart Gladstone, when proper justice is not timely delivered to the aggrieved party, not only he/she suffer violations of his/her rights but the society as a whole also suffers a loss of faith in the efficacy of its justice system.

This justice system needs to initiated and be apprised of any violation of the legal rights of the citizens, for it to work properly.  F.I.R (First information report) thus becomes an important tool as it sets the machinery of the criminal justice system in motion. AN F.I.R, filed under Section 154 of The Criminal Procedure Code, 1973 is written information about the alleged commission of a cognizable crime. It contains all the vital information about the date, time, the occurrence of the crime, eyewitnesses, complainant’s statement etcetera. The F.I.R so filed is then registered and duly numbered and the police then commence investigating that matter.

What is Zero F.I.R

The concept of Zero F.I.R was first introduced by the Justice Verma Committee constituted in the aftermath of the horrific Nirbhaya Delhi rape case, to suggest amendments to India’s criminal justice system. These recommendations were later incorporated into the Criminal Procedure Code, 1973 by the Criminal Law (Amendment) Act, 2013 (also called the Nirbhaya act). In the case of Lalita Kumari vs Govt.of U.P.& Ors[ii], the five-judge bench of the Supreme Court restated that, a police officer is bound to register a First Information Report (F.I.R) upon receiving any information relating to the commission of a cognizable offence. Further. the court said that no preliminary inquiry shall be made before filing any F.I.R except when it is to the extent of ascertaining whether the information revealed any cognizable offence.

It was introduced so that the victim does not get stuck in procedural technicalities of law at the time of distress. It was also introduced to enable the concerned police station’s SHO to initiate investigations in a matter as soon as possible so that justice is not denied to any of the parties involved.

In event of a police officer, refusing to register the F.I.R, he/she shall be liable for punishment under Section 166 of the Indian Penal Code, 1860 (relating to a public servant diso­beying any direction of the law)

A Zero F.I.R is not to be confused with multiple territories, continuing offences. These are the cases where different parts of an offence take place in different territories. In such cases, all the police stations of these territories have jurisdiction and  F.I.R can be filed anywhere without the need of it being transferred to the place where the first part of the offence took place as the offence will be said to have taken place in each of the territories.

Zero F.I.R is particularly important in sensitive cases where the reporting of the crime to the justice system should be done as soon as possible so that appropriate steps could be taken to deliver justice to all. Example – In rape and sexual assault cases, evidence like physical examinations, semen samples, fluid tests have to be collected as soon as possible as their evidentiary value runs a high risk of deteriorating with time which might lead to a lack of evidence.  Further, homicide cases especially the heinous ones require the alleged perpetrator to be caught before he/she causes more harm or absconds from the law. An appropriate piece of evidence, eyewitnesses, and other circumstantial details in these cases can be taken efficiently once F.I.R has been duly registered

Investigation and evidence collection can only happen once the F.I.R is duly lodged and registered. Zero F.I.R provides a short cut in the whole procedure and allows the  F.I.R to be filed anywhere so that it can be forwarded to competent authorities and investigation can begin immediately.

It also becomes an important tool in cases of crimes perpetrated during traveling. The victim, in these cases can reach out to the nearest police station en route his journey and lodge a Zero  F.I.R which shall be sent to the appropriate police station which shall then, immediately commence action, instead of the victim filing An F.I.R in the place where the crime had taken place and taking the inconvenience of reporting to that police station time and again.

Zero F.I.R also proves to be helpful in cases where the victim is unaware or unsure about the correctly territorial jurisdiction his case falls into. Therefore, instead of sending him away from justice, An F.I.R can simply be lodged and due action can be taken.

Lack of awareness of Zero F.I.R

As good as the reform sounds on paper, it’s execution in the field remains dicey. Firstly, the police itself is not aware of the reform despite the amendments in the Criminal procedure code and multiple guidelines being issued to them. There have been countless instances where the police officers out of ignorance have turned the victim away, citing lack of territorial jurisdiction as the reason. The most recent example of police officers refusing to file an F.I.R is that of Hyderabad rape case. The victim’s parents were turned away from their nearest police station when they went to file an F.I.R against the perpetrators citing lack of territorial jurisdiction as the reason.

Secondly, the citizens themselves are not aware of their legal right of lodging a Zero F.I.R. Even six years past the amendment of 2013, making Zero F.I.R lodging to be a statutory duty, the police across the county are wrangling over territorial jurisdiction issues. Not only this, despite several strict guidelines of the Ministry of Home Affairs, mandating the concerned departments to compulsorily register Zero F.I.Rs, ignorance prevails at large in the grassroots levels.

While this reform is hailed revolutionary, there have been abuses of the power conferred by it. There have been instances of parties colluding with the police to delay and hamper the preliminary investigations by lodging Zero F.I.R in territories where they exercise significant influence, leading to delayed and tainted investigations. The case of Bimla Rawal and Ors. v State (NCT of Delhi)[iii] illustrates this abuse. In the case, a crime was perpetrated in Mumbai but the police in collusion with the powerful perpetrator lodged a Zero F.I.R in Delhi. Upon a writ petition regarding the mala fide intentions of filing such  F.I.R, the Supreme Court found it to a case of misuse of police power at the perpetrator’s behest and consequently, the Supreme Court quashed the Zero F.I.R lodged in Delhi and ordered a new F.I.R to be lodged in Mumbai.

The legal right of lodging a Zero F.I.R is a very noble one. It inspires confidence in the minds of the general public that upon any wrongdoing, their voices will be heard rather than being muffled under procedural technicalities of law.

However, due to certain maladies like police’s and citizens’ ignorance of law, intentional abuse of the right to file Zero F.I.R can destroy this confidence and trust in the law. For law and order to exist, it is essential that this confidence is maintained. The recent refusal to  F.I.R in the Hyderabad rape case had sparked the fire of dissent among the public towards the legal system. Making distressed victims run hither and thither to fulfill a mere time-consuming procedural technicality doesn’t say much about the efficiency of the justice system.

Where landmark judgments, amendment acts and even the strict guidelines by the Ministry of Home Affairs have remained inefficient, steps should be taken by the government to compulsorily ensure that the citizens, as well as the functionaries of the justice system, are aware of their right to Zero F.I.R.

Though there have been cases of abuse of the reform, it can not be used as an excuse to dissolve the powers of the right to file Zero F.I.R. Instead, fixing responsibility right from the lower rungs of the criminal justice administration without letting them claim ignorance of the law, should be beneficial.

Moreover, F.I.R is just the first step in the criminal justice system. Latter steps like free and fair trials of alleged criminals are equally important. This was again compromised in the Hyderabad rape case when all four alleged perpetrators were shot dead by the police without their proper trails to confirm their guilt.

The criminal justice system remains riddled with these problems and as appreciable as these reforms are, without proper implementation measures in place, they remain of no use to the victim or the perpetrator. 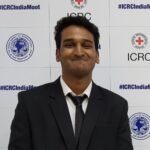 Oshin is a fluent and eloquent writer. He is a student of the prestigious NALSAR University of Law, Hyderabad. His hobbies include writing, illustrating and listening to music. For any clarifications, feedback, and advice, you can reach him at oshinmalpani4@gmail.com