Law has a very important place as an agent for social evolution. In a democratic system of governance, there are numerous intersections among social evolution and legal order. The law has its source in legislation is called Statute law. It is quickly made, definite and does not have to wait for recognition by the courts. The courts recognize a statute because it is law, not law merely because the courts recognize it.

The word ‘Law’ in the context of Article 300-A of the Constitution must mean an Act of Parliament or of a State Legislature, a rule, or a statutory order, having the force of law, that is positive or State-made law.i In the United Motors case, when the Supreme Court construed Article 286(1) of the Constitution, their interpretation was deemed to be the correct interpretation of that article from the day itself. The consequential effects flowing from the law so laid down should necessarily follow the subject of course to the law of limitation or special rules such as res judicata in civil cases or autre fois acquit or convict in criminal cases provided in the special statutes.ii Statutes are not always rational (change this word to direct/literal) and it may not be within the province of the court to import rationality in an enactment under the guise of interpretation.iii This is where interpretation becomes crucial. The enacted law must be seen as an attempt to reconcile, to harmonize, to adjust the overlapping and often conflicting claims and demands, so that the sacrifice of the conflicting provisions is seldom made.iv

Now, one of the most important doctrines for the interpretation of statutes, which is also the topic for this article will be discussed in detail.

This rule is used to avoid any inconsistency and repugnancy within a section or between a section and other parts of a statute. The rule follows a very simple premise that every statute has a purpose and intent as per law, and should be read as a whole. The interpretation which is consistent with all the provisions and makes the enactment consistent shall prevail. The doctrine follows a settled rule that an interpretation that results in injustice, hardship, inconvenience, and anomaly should be avoided. The interpretation with the closest conformity to justice must be picked.v

The approach that is mostly used by the courts is to find out which provision is more general in nature so as to construe the more general provision and exclude the specific one.x The maxims Generalia Specialibus Non-Derogant, and Generalia Specialibus Derogant catches the essence of the doctrine. The former means that general things do not derogate from special things, and the latter means that special things derogate from general things.xi

Further, this principle is also used to resolve conflicts between two separate actsxii and in the making of statutory ordersxiii and rules.xiv But if a person has two remedies, one being general and the other being specific, they continue to hold good for the concerned person until he elects one of them.xv

In M.S.M. Sharma v. Krishna Sinhaxvi, the doctrine was applied to resolve the conflict between Articles 19(1)(a) and Article 194(3) of the Constitution and it was held that the right to freedom of speech as guaranteed under Article 19(1)(a) is to be read as subjects of powers and privileges of the House of the Legislature which is similar to those of the House of Commons of the United Kingdom as declared under Article 194(3).

But, after the above judgment, in Special Reference No. 1 of 1964xvii, it was decided that Article 194(3) was subordinate to Articles 21, 32, 211, and 226. This conclusion was also reached through the recourse of Harmonious Construction.

Furthermore, in the case of Venkataramana Devaru v. the State of Mysorexviii, the Supreme Court applied the doctrine in resolving a conflict between Articles 25(2)(b) and 26(b) of the Constitution and it was held that the right of every religious denomination or any section thereof to manage its own affairs in matters of religion [Article 26(b)] is subject to provisions made by the State providing for social welfare and reform or opening of Hindu religious institutions of a public character to all classes and sections of Hindus [Article 25(2)(b)].

The principle of ‘Harmonious Construction’ is also applicable in the case of construction of provisions relating to subordinate legislation.

In the landmark judgment of Sirsilk Ltd. v. Govt. of Andhra Pradeshxix, a very important question was answered. Various disputes arose between the employer and the workmen and it was further referred to an industrial tribunal. After the adjudication was over, the government sent its award to the government for publication. However, before the publication of the award, the parties to the dispute came to a settlement, and wrote a letter to the government jointly, that the dispute has been settled and the award shall not be published. The government refused to withhold the publication and in turn, the parties further moved the High Court. The High Court rejected the writ petition. The parties further moved the Supreme Court through a special leave petition.

The main premise of the appellants was that Section 17 of the Industrial Disputes Act, 1947 was directory in nature and not mandatory.xx

Ordinarily, the words ‘shall’ and ‘must’ are mandatory, and the word ‘may’ is a directory, although using them interchangeably in legislation is common.xxi

But on further observation by the court, Section 18 was scrutinized. Section 18 (1) provides that a settlement arrived at by agreement between the employer and the workmen otherwise than in the course of conciliation proceeding shall be binding on the parties to the agreement.

Thus, in the above case, Harmonious Construction was employed. This is a fine example of how enforcement of one provision can be implemented without rendering the other provision useless or dead.

HOW TO APPLY THE DOCTRINE OF HARMONIOUS CONSTRUCTION

After analyzing various case laws, the Courts have devised certain steps for the better applicability of the said doctrine-

IMPORTANCE OF INTERPRETATION OF STATUES

Every court is assigned a task of statutory interpretation and it should be performed with utmost care and caution. The court can always interpret legislation in its own way and the responsibility to understand the intent of the legislature while applying the doctrine also stands solely with the court. The interpretation of different statutes differ in nature and it is imperative that the interpretation comes out in a clear and unambiguous way. But, if both the provisions are unclear, there will be no interpretation. They will only interpret when the words are clear and in the case of any ambiguity the court will look into enacting provisions of the statute. The court here will only apply the Literal interpretation and apply the popular meaning. Regarding the law, every word has a meaning and the interpretation will become the scope and beyond the reach of objectives and reasons for which the statute was enacted in the legislature. Hence, the court should understand the importance of the ‘Doctrine of Harmonious Construction’ and interpretation of statutes in general with its ever increasing scope in the present times. 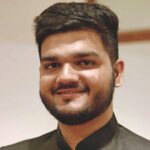 Yug is a policy enthusiast who loves reading commentaries on various laws than fiction. He loves debating and enjoys writing research papers, articles and case commentaries. You can always find him in the library diving into the books. For any clarifications, feedback, and advice, you can reach him at sinhaniket123@gmail.com.

One Reply to “What is the Doctrine of Harmonious Construction?”