Raphael Lemkin, born into a Polish Jewish family in 1900, experienced the physical and psychological horrors of the world wars in Western Europe and Poland. He was a lawyer,professor and author by profession. He dedicated his life to effecting a change in the system of International law, to better equip it to deal with mass atrocities like Genocide and Crimes against humanity – terms that didn’t exist then. It was in 1944, that he first mentioned the term “Genocide” in his book “Axis Rule in Occupied Europe” to describe the institutional extermination of local populations in Nazi occupied Europe. The etymology of the term “Genocide” lies in the root words “Genos” (Meaning a race of people) and “Caedere” (The Latin verb “to kill”).

After the fall of the Reich, the high ranking Hitlerite were tried for their criminal conduct in the war before an international tribunal at Nuremberg. Although it wasn’t included in the document of the final judgement issued by the tribunal, the term “Genocide” had been used to refer to the mass extermination of people based on their race and religious beliefs by the Nazi command.

When Raphael Lemkin wrote about Genocide, he meant it to be much broader than the ruthless killing of the members of that race. He meant for it to include, in addition to the mass murder of the members of a race, the “Destruction of the Essential Foundations of the life of national groups” which included systematic, coordinated and planned attacks on the political, economic and social institutions of that National Group, their culture, their language, and their religion among other things.

The United Nations General Assembly, in the UN Resolution (96) (1) of December 1946, “affirmed” the idea that Genocide was a crime in international law, owing to the work and contributions of Professor Lemkin. Even though no legal definition of the crime was provided in this instance, The United Nations would eventually unanimously adopt the “UN Convention on the Prevention and Punishment of the Crime of Genocide” in 1948 which defined the crime and afforded it legal status in international criminal law.

Definition of genocide in International Law

The United Nations General Assembly adopted the UNCPPCG on the 9th of December 1948, and it subsequently came into force on the 12th of January 1951 as Resolution 260 (III). It is important to note, that Article II of the Convention defines the crime of Genocide and excludes from its definition, killings based on political beliefs and social classes.

In the definition provided in Article II, Genocide is defined as any of the following acts committed to destroy (wholly or partly) any national, ethnic, religious or racial group – the acts being (a) The killing of members of the group, (b) inflicting severe bodily or mental harm on members of the group, (c) imposing conditions of life on the members of the group with a view to bring about its destruction, (d) instituting measures to prevent births within the group and (e) forcibly transferring (or converting) children of that group into a different group.

This definition has been critiqued for its exclusion of political groups from its ambit as a result of compromises made in the UN General assembly to reservations brought up by some nations (including Sweden, Belgium, Iran and Venezuela among others) but largely voiced by the erstwhile USSR. However, supporters of the definition believe that political views and social classes are unstable and impermanent. The statute, contrastingly, is aimed at the protection from eradication of groups that they were born into.

Three fundamental elements of the definition have been interpreted by International Criminal Tribunals over time and have become the standard for proving the crime of genocide based on the UNCPPCG definition. These include (a) Protected Groups, (b) Genocidal Intent and (c) The Concept of Destruction. Each of these terms has its own nuances which have had special interpretation from the courts, and we shall discuss all of them.

We have earlier seen that protected groups, in the definition include national, ethnic, religious and racial groups. But the courts have not always strictly followed an objective understanding of the term given the diverse understanding of these terms in the various geo-political regions and within their distinct societies.

The International Criminal Tribunal for Rwanda was established by the United Nations in the wake of the Rwandan genocide in 1994 to try high level perpetrators in the government and the military. It faced a particularly complex question involving the interpretation of the question of law – who constituted a protected group? In Rwanda at the time, the conflict raged between the Hutu and Tutsi tribes, who for the most part shared a common cultural identity, including the same language and religion. The court however, allowed for an objective as well as subjective interpretation of the term “Group” allowing the self-perception of a people as members of a group to fall within the ambit of the term in international law.

In domestic criminal law, it is generally assumed that the perpetrator was aware of the meaning and consequences of his actions. In International Criminal law, this needs to be proved. Historically, official and unofficial documents, the authorship or complicity of which can be ascribed to the perpetrators has been used to establish intent.

The Jean-Paul Akeyasu case before the ICTR (Est. 1994) was the first time that the crime of Genocide has been tried before an international tribunal formally. Previously this had been done at Nuremberg where high ranking German officials were tried for their atrocities inflicted against ethnic minorities. Back then, Adolf Hitler’s Mein Kampf had been relied upon to establish the intent of the Nazi party and the high ranking Hitlerite. Since the trials at the ICTR, policies and records of plans relating to the events have been used as evidence. In the case of the Rwandan genocide, The reference to the members of the Tutsi tribe as “Cockroaches”, conscious and systematic targeting of the specific populace and the scale of the atrocities were used as evidence in this context. In the International Criminal Tribunal of Yugoslavia as well, the court had relied on official documents of the Drina Corps and the VRS (Bosnian Serb Army) to prosecute General Krstic for the Srebrenica crimes.

The Concept of Destruction

Destruction, in this context, refers solely to the physical destruction of the members of the group (and includes mental horrors inflicted on its members). However, it does not include acts done to eradicate or dilute the identity of any group. “In Part” has been interpreted by the court in the case of the Srebrenica massacre to be a substantial part of the population. In this case, the massacre of 7000 (odd) individuals was classified as Genocide.

The concept of destruction, wholly or in part, however, has been a topic of debate. In Bosnia and Herzegovina v. Serbia and Montenegro (before the ICTY) it was clarified that for an act (or acts) performed by the perpetrator to constitute “Destruction” under article II of the UNCPPCG, it has to fall within a strict and specific interpretation of the definition. Interestingly, the court held that ethnic cleansing, while an abhorrent and drastic practice was not included within the definition solely by virtue of the will to homogenise the population of a region. The European Court of Human Rights upheld this decision, in Jorgic v. Germany (December 2000) and explained that while there exist several similarities among the concepts, it is important to note the difference. The displacement of a population (even if done by force) does not constitute Genocide if the acts done to affect that displacement by the perpetrator are not covered by Article II of the UNCPPCG.

In the case of former Sudanese President, Omar Al Bashir (scheduled to stand on trial for multiple counts of genocide, crimes against humanity, extermination, rape and more) it has been observed by the ICC that for the recognition of the existence of the crime of genocide before it occurs, the threat must be real and concrete and not latent or hypothetical. This has been criticised in some circles as allowing intervention only after the crime has destroyed thousands of lives.

Here we have seen that despite the often quoted and general usage of the term “Genocide” it has specific meanings in the context of international law. In construing who a victim is, it may be liberal in its interpretation, and in recognizing the liability for the crimes, it is strict (sometimes perhaps too strict) in interpreting the provisions of the statute. But International Criminal Law is a young discipline, so far in its embryonic stage. Its reliance on customary international law and the principles of natural justice read in tandem with international treaties and documents of obligations makes it a reliable beacon of justice, and gives it space to evolve. The act of genocide is a grave crime, often referred to as “The Crime of Crimes” and a body of international law has to develop, which started with the work of Professor Lemkin, which can effectively deal with bringing justice to the perpetrators. The progress of the courts along the path of evolving principles of law and justice, backed by the support of a powerful international community invested in achieving equity among nations and individuals, is deeply necessary for this development and a better future for global human rights. 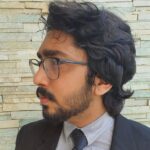 Paarth Pratap Manjarekar hails from O.P. Jindal Global University and spends his most of time in reading and in making educational videos. His interest area lies in International Criminal Law, Legal – Political Philosophy and economics. He also owns and runs a youtube channel under the name of Pacem Para. For any clarifications, feedback, and advice, you can reach him at paarthmanjarekar@gmail.com