According to the Trademark Act 1999, Section 2 (1) (zb) ” trademark means a mark capable of being represented graphically and which is capable of distinguishing the goods or services of one person from those of others and may include the shape of goods their packaging and combination of colours.”[1]

Trademark is nothing but a logo, symbol, design, phrase, picture or something else which distinguishes one product from another similar kind of product.

Falsifying and false applying of trademark

According to Section 102 of the Trademark Act 1999

(1) A person shall be deemed to falsify a trade mark who, either—

(a) without the assent of the proprietor [2] of the trademark makes that trademark or a deceptively similar mark: or

(b) falsifies any genuine trade mark, whether by alteration, addition, effacement or otherwise.

(2) A person shall be deemed to falsely apply to goods or services a trademark who, without the assent of the proprietor of the trademark–

(a) applies such trademark or a deceptively similar mark to goods or services or any package containing goods.

(b) uses any package bearing a mark which is identical with or deceptively similar to the trademark of such proprietor, for the purpose of packing, filling or wrapping therein any goods other than the genuine goods of the proprietor of the trademark.

(4) In any prosecution for falsifying a trademark or falsely applying a trademark to goods or services, the burden of proving the assent of the proprietor shall lie on the accused.[3]

In layman’s terms, a person is said to be falsifying a trademark when he/she makes a similar trademark or makes deceptively similar mark without taking the permission or assent of the real owner of the Trademark.

Also when an individual makes any alteration, addition or do something to genuine (real) trademark it is also considered as falsifying trademark.

False applying of a trademark.

Falsely applying of a trademark is said

Subsection 4 states that in this type of cases the burden of proving the assent of the proprietor lies on the accused.

In the case of Kasim Ali v/s State of Madhya Pradesh, a complaint was filed against the applicant saying that applicants are using the brand name ‘SENTINELS’  for selling their electric product whereas the trademark has already been registered by M/S Vertex Manufacturing CO. Pvt.Ltd.  Thus the applicants are misusing the trademark and also cheating and confusing the public by using the same registered trademark. The court held that looking at the facts of FIR it seems that applicants have committed the offence of false applying under Section 102 of the Trademark Act 1999. The case went beyond this as there were also aspects related to the case.

In the case of Shameem Ahmed v/s Mohan Lal, a complaint was filed against Mohammad Ishaq Mohammad Ghulam by Shameem Ahmed alleging that they are using the same trademark ‘Biri 303’ which they have been using since time. In which court made them punished as they were falsely applying for someone else’s trademark.

In this particular clause, there are 7 conditions when a person is liable for the penalty of False applying and Falsifying of a trademark. The 7 conditions are as follow:

in which they were made or produced or the name and address of the manufacturer or person for whom the goods are manufactured is required to be applied under section 139, a false indication of such country, place, name

For special reasons the court may

For penalty there are also other sections like Section 104, 105 and 107 which are stated below:

Section 105 of The Trademark Act 1999 states that if any person who has been already convicted under section 103 & 104 of the Trademark Act 1999 and again commits the same offence shall be punished for second and subsequent offences committed by him/her with the imprisonment of not less than 1 year and it may extend to 3 years and with fine which shall not be less than 1,00,000 rupees and may extend up to 2,00,000 rupees.

For special and adequate reasons the court may impose a sentence of less than 1 year or fine of fewer than 1,00,000 rupees.

of any conviction made before the commencement of this Act.

Section 107 states the penalty for falsely representing a trademark as registered.

It states that no person shall make any representation

If any person does not adhere to subsection 1 he shall be punishable with imprisonment which may extend to three years or with fine or with both that is fine and imprisonment.

The falsifying and falsely applying of trademarks causes harm to the reputation of an individual and to his/her business. To protect this law has been made under The trademark Act 1999 which helps individuals to protect his/her Goodwill. The false application of trademark has been well defined in the Section 102 subsection 2 of the Trademark Act 1999. Not only this, the penalty for false applying and Falsifying has also been clearly defined in the particular Act under different sections starting from Section 103 to Section 107. 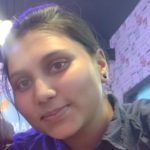