The National Crimes Report Bureau of India still classifies only specified acts under the term economic offences. Activities like company frauds, counterfeiting of coins, and some of the terrorist activities even come under the term Economic offences in the Indian context provided by the NCRB. While certain explanations are provided for this term it still lacks a proper definition which is not vague or ambiguous in nature.

There are certain striking features of economic offences that differentiate the same from other kinds of crimes. These characteristics are as follows:

(i) An economic offence needs to have the required actus reus and mens rea before the commission or omission of the act.

(iii) Economic offences generally imply the existence of certain elements like a breach of trust, deception or cheating.

(v) This kind of crime is mostly committed by the privileged or the upper-class section of the society, who have access to such economic or business activities as well as the required resources.

(iii) Crimes through which proceeds of transnational organized crime are transmitted abroad like money laundering.

These categories of crimes include certain crimes that are described as under:

Corruption: – Corruption is a kind of economic offence that is tributed to be a country’s primary reasons for low as well as slow economic development as well as a major contributor for the existing poverty in India. The basic reason for corruption is greed. The reasons behind the exponential rate of increase in corruption are monopolies of an individual or a party, power and discretion without accountability.

Smuggling: – Smuggling consists of clandestine operations leading to unrecorded trade, and is one of the major economic offences that is affecting India. Although it is impossible to measure the exact amount of goods smuggled in India, it won’t be wrong to say that smuggling occurs at such a level that it forms a major part of the total economic offences that are committed. Smuggling in its broader sense even includes drug trafficking, smuggling of migrants and trafficking of persons.

Invoice Manipulation: – This is another kind of economic offence that affects not only India but all the developing countries severely. Invoice manipulation basically means invoicing a good at a price lower or higher than the price for which it was actually sold or purchased. This kind of transaction mostly happens between trade partners. The person involved in this kind of crime is considered to be guilty of fabricating false documents and records. This kind of economic offence affects the economic position of a country.

Bogus Imports: – This kind of economic offence indicates that there is leakage of foreign exchange through the device of bogus imports.  The modus operandi is quite simple. The operator opens a current account in India in a bank authorized to deal in foreign exchange. He usually poses as a small-scale industrialist and produces forged certificates/documents to establish his credentials. His partners abroad prepare a set of export documents such as an invoice, bill of lading, and bill of exchange and send them through their foreign bank branches to Indian banks for collection. Upon receipt of these documents, generally on collection basis, the importer’s agent deposits the amount in Indian rupees in his bank’s current account and the bank remits the foreign exchange. No goods, of course, are ever imported and the country loses the valuable foreign exchange.

Cyber Crimes: – With the increase of technology and computer usage it is not a surprise that such technology is used for the commission of economic offences. These crimes include theft of computer services, unauthorized access to protected computers, software piracy etc. Cybercrimes have become a reality of today’s world in such a manner that today’s cyber hackers break into and maliciously alter the content of several computer websites.

Counterfeiting: – Currency counterfeiting is an organized white-collar crime, which is undertaken at alarming rates globally. It not only causes serious setbacks to the world’s economy but also jeopardizes genuine business transactions. These days, counterfeiting of currency notes is done with the help of modern equipment. Counterfeiting, however, goes beyond the production of bogus currency to the counterfeiting of all kinds of manufactured products such as clothing, audio and video equipment, compact discs, watches, liquor, perfumes, etc. In such cases, losses are suffered by the manufacturers of the products, their employees, the economies of the concerned states and the concerned governments that would have received tax revenues.

Credit Card Frauds: – As financial institutions introduce innovations against counterfeiting and fraud, increasingly sophisticated ways of profiting from or beating those systems are devised. Most of the credit card fraud is committed by using counterfeited cards, which are pre-embossed or re-encoded.

Money Laundering: – Globalization has brought in the transfer of money globally. The rapid growth of international financial activities takes advantage of political borders and exploits the differences between legal systems in order to maximize profits. Money laundering is another massive contributor to economic offences like corruption. Laundering operations are intended to conceal the origin of the money rather than in the creation of wealth directly, in other words, to hide the traffic from which it is derived rather than the general criminal activity which actually generated it. It is therefore essential to move the money in order to scramble the route it takes. The operation is wholly successful when the nature of the money is also concealed and it is impossible to establish a link with any criminal activity because the different circuits have taken to give it the appearance of legitimate income.

LAWS TO DEAL WITH THE ECONOMIC OFFENCES

Laws that deal with economic offences in the Indian context are:

National laws and legislations are not adequate enough for reacting and dealing with challenges that are cross border in nature and that involve multiple jurisdictions and a multiplicity of laws. The increased growth in globalisation and global economic crimes require a global response. At present, the measures that are there are all at national levels, but all these measures differ from country to country. Thus, it becomes all the more important for countries to have increased cooperation between the world’s law enforcement agencies. Tracing the money trail, including the origin of funds, combating money laundering through reduction of bank secrecy and seizure of assets are issues of paramount importance. Putting in place legislation on forfeiture and confiscation of properties acquired through criminal activities and sharing of available technology on the subject would be a step in the right direction. 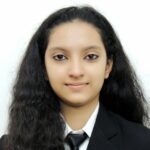 Aparajita is a compendious and eloquent writer. She is a student of a prestigious National Law University and Judicial Academy, Assam. She loves reading books and writing on various legal issues. For any clarifications, feedback, and advice, you can reach her at aparajita@nluassam.ac.in

One Reply to “What are Economic offences in India?”