The maxim ‘Volenti non fit injuria means defence of consent. In the law of torts, if any person commits any wrongful act which causes injury to another person, he is held liable and has to pay damages or provide some other remedies.

In simple words, the plaintiff voluntarily agrees to suffer harm, he is not allowed to make any complaint about that and his consent serves as a good defence.

1) Mr A, the patient of Dr B. so after the surgery done by Dr B to Mr. A, he cannot sue Dr B as he has expressly consented to this act.

In Wooldrige v. Summer, the fact of the case is that the plaintiff who was a photographer at a horse show while he was standing at the boundary of the arena. One of the horses rounded the bend too fast and because of that plaintiff was frightened and he fell into the horse course and there he suffered severe injury. The court held that the defendant was not liable as it was the plaintiff who impliedly took the risk of such damages.

For the application of this maxim, i.e, ‘Volenti non fit injuria’, the two points need to be proved. These are as follows;-

i)  The plaintiff knew that risk is there

ii)  He, knowing the same, agreed to suffer the harm

Thus, whenever the plaintiff is aware that the act is going to make him suffer harm or loss but he still accepts to do that act and therefore agrees to suffer the injury then the defendant will not be liable for such act.

In Smith v Baker [(1891) A.C. 325], in this case, the plaintiff was a workman employed by the defendants on working a drill for the purpose of cutting a rock. With the help of a crane, stones were conveyed from one side to the other, and each time when the stones were conveyed, the crane passed from over the plaintiff’s head. While he was busy with his work, a stone fell from the crane and injured him. The employers were negligent in not warning him at the moment of a recurring danger, although the plaintiff had been generally aware of the risk. It was held by the House of Lords that as there was mere knowledge of risk without the assumption of it, the maxim Volenti non fit injuria did not apply, and the defendants were liable.

Consent and its connection to Volenti non-fit injuria

For the defence to be available, it is necessary to show that the consent was given by the defendant freely. If the consent is obtained by fraudulent means or under compulsion or under some mistakes or misrepresentation then such consent is said to be void and does not serve as a good defence. So for the applicability of the doctrine of volenti non-fit injuria, the consent must be free in nature.

In Lakshmi Ranjan v. Malar Hospital Ltd., the face of the case is that the woman aged 40 years, noticed the development of a painful lump in her breast. The lump had no effect on her uterus, but during surgery, her uterus was removed without any justification. It was held that that the hospital was liable for deficiency in service. It was also held that the patient’s consent for the operation did not imply her consent to the removal of the uterus.

When a person is not capable of giving his consent because of insanity or minority then the consent can be taken on behalf of their parents or guardians are sufficient and such consent will be considered as valid consent.

In R. v. Williams, in this case, the defendant was a singing coach and he had convinced a 16 years old student to have sexual intercourse with him by telling her that it will help her in improving her voice and singing. The defendant was held liable by the court because the consent was obtained by fraudulent means.

When the consent is obtained when the person is not given the freedom of choice is not the proper consent. And such consent is void in nature.

In Imperial Chemical Industries Ltd. v. Shatwell, it was held that if a workman adopts a risky method of work, not because of any compulsion of his employer but of his own free will, he can be met with the defence of Volenti non fit injuria.

An exception to Volenti non-fit injuria

In Hyanes v. Harwood, in this case, the defendant’s servant left two-horse van unattended in a street. A boy threw a stone on the horses and they bolted, causing grave danger to women and children on the road. A police constable, who was on duty inside a nearby police station, on seeing the same, managed to stop the horses, but in doing so, he himself suffered serious personal injuries. It is a ‘rescue case’, the defence of Volenti non-fit injuria was not accepted and the defendants were held liable.

The maxim ‘Volenti non fit injuria’ is a defence that can be used by the defendant when the plaintiff voluntarily agrees to suffer loss or harm. The applicability of the doctrine of Volenti non-fit injuria depends on consent and the consent must be free from fraudulent, coercion, mistakes or misrepresentation. And mere knowledge of risk does not serve as a good defence because it must be agreed by the plaintiff that he is ready to suffer the harm or loss. The most important part of this doctrine is that the plaintiff must voluntarily agree to suffer the harm and the defendant won’t be liable for it. The defendant can use this doctrine for his defence but it must fulfill the applicability of the doctrine of Volenti non-fit injuria. 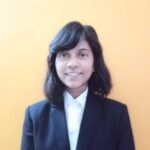 Uttara is a compendious and versatile writer. She likes to learn and explore new things. Her hobbies include playing tabla and doing painting. For any clarifications, feedback, and advice, you can reach her at uttararoy9@gmail.com