Amid a global pandemic due to the outbreak of the new Coronavirus disease, one more disaster struck people residing in the Gopalapatnam area of ​​Vizag, Andhra Pradesh. The early morning of 7th May 2020 brought havoc for the residents of R.R Venkatapuram village near Gopalpatnam on the outskirts of Vishakapatnam. The residents of the village, after complaining of breathing difficulties and burning sensation were rushed to the hospitals for treatment.  The casualty was the result of the leakage that occurred in the LG Polymers plant located near Gopalpatnam. Styrene, the chemical which caused the disaster is used in producing polystyrene products and is included in the schedule of the Manufacture, Storage and Import of Hazardous Chemical Rules, 1989.

The above-mentioned rules lay down strict norms on how the chemical should be handled and stored. Although a proper inquiry is required to establish what caused the incident, it was evident to the state government and the company that the chemical was hazardous and characterized by poor stability. Around two thousand people were affected in a 5 km radius, hundreds are in hospital and a dozen were killed.  This gas leak revives the dark memories of Bhopal in 1984. The disaster can be safely said to be a case of human oversight and callousness. The plant where the incident occurred was originally owned by McDowell & Co. but because the fast-growing city of Visakhapatnam came very close to the plant, they sold it to LG Polymers. LG Polymers took over the company in 1997 and continued production instead of relocating it since the hazardous feedstock of styrene was in use. The company last year also admitted that it had exceeded the capacity which was permitted by its environmental clearance. The chain of events can be said to be the ground of the disaster that occurred on 7th May. The initial inquiry has revealed that the chemical had been stored for a long time, due to the lockdown. The disaster calls for the enforcement of the role and responsibility of the state administration, company and union ministry and their accountability. The law on an incident like this is pretty clear. LG Polymers should be responsible for the tragedy and must provide compensation.

DEVELOPMENT OF LAW AND LIABILITY-

Like LG Polymers, a company that deals with dangerous gases like styrene had a great duty of care for the public. The element of criminality was brought to the case when the owners failed to take into account the precautions that will be needed when the plant is going to be closed for a long period during the COVID-19 outbreak. The necessary precautions must be taken to ensure that the gas temperature is maintained. Those responsible can be found guilty under Section 304 which deals with Culpable Homicide not amounting to murder and Section 304-A (Causing death by negligence) of the Indian Penal Code. Furthermore, they could also be held liable under sections 336, 337 and 338, which deals with crimes of endangering the life and personal safety of others.

At the time when the Bhopal Gas Tragedy happened, the only relevant law which specified criminal liability of the factory owners was Indian Penal Code (IPC). The CBI initially charged the accused with Section 304 of the Indian Penal Code which provides for culpable homicide not amounting to murder. The charges were later framed under Section 304A which deals with death due to the negligent act, the punishment imposed by the provision is a maximum punishment of two years and a fine. However, after a 1996 Supreme Court Judgment which held that the accused had no knowledge that such a gas leak would happen and kill people, the charges were re-framed. After this tragic incident, the government passed a series of laws for the safeguard of the environment. The Bhopal Gas Leak (Processing of Claims) Act, 1985 was passed to give a speedy and equitable remedy to the claims arising out of or connected with the Bhopal gas tragedy. The Environment Protection Act, 1986 was passed giving the central government power to take measures for improving the environment, prescribing standards and inspecting industrial units. The Public Liability Insurance Act, 1991 was passed which serves as insurance meant to provide relief especially to persons affected by accidents occurring while handling hazardous substances. The National Environment Appellate Authority Act, 1997 gave the National Environment Appellate Authority the power to hear appeals regarding restriction of areas for industrial use. The National Green Tribunal, 2010 provides for the establishment of the tribunal for expeditious disposal of cases related to environmental protection.

After the horrific incident of the Bhopal gas tragedy, one more accident occurred at Shriram Foods and Industrial Fertilizers in Delhi, where there was an Oleum gas leak in one of the units that caused the death of one person resulting in the principle of absolute responsibility in India. It was held that if a company engaged in a dangerous or inherently dangerous activity, harms any person as a result of an accident in the operation of such resulting dangerous or inherently dangerous activity, the company is strictly and absolutely responsible for compensating all those affected by the accident and such liability is not subject to any of the exceptions operating in connection with the tortuous principle of strict liability under the rule in Rylands v. Fletcher[i]. The company’s owners may argue that the situation was not under their control due to the ongoing lockdown, but that would have no value under this principle. However, this would possibly not make any difference to LG Polymers’ liability, as this duty is absolute and cannot be delegated and the company cannot escape liability by showing that it has taken reasonable care and that there was no negligence by their part.

However, the number of people affected in the Vizag gas leak is lesser than those affected in Bhopal in 1984, and styrene gas is not expected to cause the kind of long-term damage caused by the gas in that case. Absolute liability principle must mean that a substantial amount of compensation must be paid to victims and there will be special/exemplary damages.

Despite having faced one of the worst industrial disasters, our country has not seemed to have learned its lesson. Even after having sufficient checks and balances here, we are once again fighting two crises namely COVID-19 and this gas leak. Affected people are people residing within a radius of 5 kilometres, making them vulnerable to breathing contaminated air. As a result, their immunity may be weak, making them a possible victim of COVID-19. The number of COVID -19 cases in various districts of Vizag is spontaneously increasing. Additionally, officials will face an additional responsibility to evacuate residents while ensuring that they are well equipped with all safety gear so that they do not contract diseases from anyone.

After going through all the provisions and facts of this accident, it is pertinent to note that if it were during a normal situation, this would probably have been avoided, but this can be conclusively said only after a thorough investigation. However, this pandemic cannot be used by the company as an escape pass from any liability. 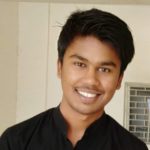 Shubham hails from NUSRL, Ranchi and he spends most of his time in reading and is a technological enthusiast. His Interest area lies in Company Law. For any clarifications, feedback, and advice, you can reach him at shubhamsinghr123@gmail.com

Nishant Tiwari hails from NUSRL, Ranchi and he spends most of his time in preparing for various competition. His Interest area lies Company Law and Competition Law. For any clarifications, feedback, and advice, you can reach him at tiwarinishant43@gmail.com