“No country can ever truly flourish if it stifles the potential of its women and deprives itself of the contributions of half of its citizens.”

Imagining a nation deprived of the potential ideas and hard work of what comprises fifty percent of the population will be a catastrophe as it can never run hand in hand with the current times. Threat to the employment of women of a country is an even bigger threat to the economy and the living standards of that country. Letting the women of the country work at a consistent threat of being harassed at any time, any moment can be equated with the idea of not allowing the women to work at all.

Being a citizen of the country India and by virtue of being a human being, women possess certain fundamental rights, which remain at a continuous threat, by women being sexually harassed at the places of their work, mentally or physically. The right to equality guaranteed by the Constitution of India under Article 14, right to life with dignity under Article 21 and right to practice business, profession or occupation of choice under Article 19(1)(g) stands violated if a woman is deprived of work due to these reasons. This is a gross violation of justice and should be stand corrected.

The very well known ‘Vishaka Guidelines’ formed by the hon’ble Supreme Court of India in the case of Vishaka and Ors. v. State of Rajasthan is a pioneering step in protecting the rights of the women and to help them pursue the livelihoods of their choice.

The history behind the Vishaka case being filed in the Supreme Court of India goes back to a woman named Bhanwari Devi who worked as a Saathin in the Women’s Development Project of the Rajasthan Government. She had to engage in making people aware of the social evils and to teach them to abstain from the same. In one incident, where she was trying to prevent a child marriage of a nine-month-old girl child from happening, she was resisted by the villagers a lot. She tried a lot to stop the marriage but she could not, and the little baby was married the very next day. Later on, five men of that politically influential family went on to take revenge from her and when she with her husband was working in the fields, assaulted her and her husband and raped her brutally. This act of vengeance was challenged by Bhanwari Devi in the district court where she did not get justice and the accused came out acquitted of rape. During the course of a trial, the judges were changed five times and the judgment was dubiously filled with absurd reasons of the accused not being involved in raping the victim and were found guilty of lesser offences like assault and conspiracy with only nine months of imprisonment.

The judgment included the points like the village head cannot rape, or men of different castes cannot participate in gang rape, elder men of cannot rape, a man cannot rape in front of his relatives, Bhanwari Devi’s husband could not have quietly endured the atrocity being done to his wife, etc. This judgment caused widespread protest and public outrage with increased demand for justice.

The case that followed: Vishaka and Ors. v. State of Rajasthan

The immense injustice done to Bhanwari Devi, due to walking away from the rapist without being punished, led to a huge nationwide uproar. The matter was put forth to and taken up by the Supreme Court via a PIL (Public Interest Litigation) by a group of NGOs by the name of ‘Vishakha’. The petition was brought as a class action with an aim to attract judicial focus and provide a solution against this social aberration of sexual harassment of women at workplaces. In the Bhanwari Devi case, the crime took place against her in the fields while working and her employer showed complete disregard towards her rights at the workplace and retracted himself of any such responsibility completely. This led to the raising of the issue of safety of women at workplaces and thus the filing of this PIL.

Before the decision of this case came along with the guidelines against sexual harassment at workplace, there was no explicit legislation towards this issue and the women had to file complaints under the Sections 354 of IPC, 1860 which is assault or criminal force with the intent to outrage the modesty of a woman and section 294 of IPC, which is against eve-teasing. These laws lack specific attention towards a very big problem of sexual harassment at the workplace and are not sufficient to ensure the reducing of such activities and ultimately ending it. The absence of special laws led to trivialising of this very social evil and as a result, reduced punishment and a lack of awareness in people regarding this specific problem.

The case was decided by a three-judge bench including Verma CJI, Sujata V. Manohar J., and B.N. Kirpal J., where the Court accepted the petition under Article 32 of the Constitution on the grounds of violation of the fundamental rights of women under Article 14, 15, 19(1)(g) and 21 of the Constitution of India. The act of sexual harassment at workplace hampers the right to equality, right not to be discriminated against on the basis of gender, right to practice business, profession or occupation of choice and right to live with dignity of women, and needs to be protected to ensure fundamental justice to women.

Apart from this, the court also considered certain other provisions of the Constitution like Article 42, which provides for the just and humane conditions of work, Article 51A which states the fundamental duty of the every citizen of India to abide by and respect the ideals of the Constitution and to promote harmony and spirit of common brotherhood.

The judgment pointed out the absence of legislation which is of utmost requirement in the field and the application and following of the International Conventions regarding women’s right and safety like CEDAW (Convention on the Elimination of All Forms of Discrimination against Women). Article 253 of the Constitution of India provides for the giving effect to international agreements by the Parliament for the whole or any part of the territory of India, for implementing any treaty, agreement or convention. With this in view, some important provisions of CEDAW are mentioned in the judgment like Article 11, which talks about state parties to take all appropriate measures to eliminate discrimination against women in the field of employment in order to ensure, on the basis of equality of men and women, the same rights which include, right to work as an inalienable right of all human beings. This is backed by Article 24 of the same convention which says that the state parties need to adopt all necessary measures at the national level to achieve the full realisation of rights given under CEDAW.

Widening the scope of power of the judiciary, which is basically the interpretation of laws, the Apex Court went on to lay down certain guidelines to prevent sexual harassment at the workplace. Even though the judiciary faced certain criticisms like transgressing their rights and violating the separation of powers, the judiciary showed judicial activism and gave an ode to sexual harassment laws being formed explicitly.

Guidelines against Sexual Harassment at Workplace

The Supreme Court after giving due consideration to the definition of ‘human rights’ in Section 2(d) of the Protection of Human Rights Act, 1993, mentions that the civil and penal laws in India do not adequately provide for the specific protection of women from sexual harassment in workplaces. Considering the fact that such an enactment will take some time, the interim guidelines have been framed by the Apex Court for the prevention of such harassment. The guidelines speak that-

This definition is to be applied to the victim of such conduct in the workplace as given under the guidelines.

The Vishaka Guidelines have ensured protection to women at workplaces and has led to awareness among the people about this social evil and need for its eradication. It has been a strong step in realising the importance of a safe workplace for women as the judgment has considered this issue to be dealt with exclusively under the legislation. Following this decision and guidelines, the legislation of Sexual Harassment of Women at Workplace (Prevention, Prohibition and Redressal) Act, 2013 has been enacted to ensure the protection of women from sexual harassment at the workplace and providing them with a safe and healthy work environment. 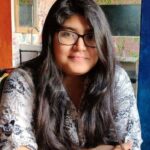 Jaya is an eloquent and articulate writer. She is a student of a prestigious Chanakya National Law University, Patna. She enjoys reading non-fiction works and other forms of literature. During her leisure time, she likes to write on various different topics and loves singing. For any clarifications, feedback, and advice, you can reach her at vermajaya54@gmail.com