Foreign Direct Investment is an investment made by one company, located in one nation, into another company located in another country. This leads to capital inflow from abroad which leads to an increase in production volume of the economy. These kinds of investments vary hugely in comparison with indirect investments. Corporations which have a direct investment have higher influence & control over the other entity into which an investment has been made. Generally, economies which are open and possess skilled human resources have the potential to attract more FDI than those economies which are restricted.

FDI, in the recent past, has been proven to be fruitful for both the investor and investee nations. The reason FDI is flourishing so much is due to the opportunity it affords for enhancement in technology, increase in the liberalization of trade, privatization and globalization.

There are different modes of conducting FDI which can be classified into two categories:

This will include targeting a particular corporation and establishing control through Mergers and Acquisitions, Horizontal and Vertical FDI.

In this mode, the FDI is done for a particular motive in the corporation such as seeking Resources, Market, Efficiency, Strategic Assets, etc.

Before discussing the foreign investment in retail, it is impertinent to understand the relevancy of the largest private industry in the world, retail. There has been a huge reorganization in this industry because of liberalization. There are considerable cost syllables which are supposed to be taken into account, but the kind of benefits that are provided by FDI in the Retail Industry overpowers it in every aspect. It includes advantages such as the increase in employment, better-organized stores, availability of better-quality products at more reasonable prices. It gives different resources to one nation to grow into a global market.

To begin with the background of FDI in India, it was not permitted in the retail sector because the traders and the people in the competition were afraid of losing jobs. There was a fear that growing competition in the organized sector could promote the formation of monopolies and cartels and therefore, decrease in business opportunities for smaller traders.

But the government started getting advantages and benefits in terms of taxes and revenues which could be further utilized for industry development. Simultaneously, it also provided major benefits to the consumers and farmers in the agricultural sector. In terms of jobs to people, it acted as a brand new stream of employment which led to re-distribution of jobs. The government realized the need and the benefits derived from FDI and opened up the retail market for investment but at the same time, the multi-brand retailing sector in India was still not given the green signal.

India has signed the WTO’s General Agreement on Trade and Services, which is inclusive of wholesale and retail services. This facilitates the opening up of the retail market to foreign trade investment.

The Ministry of Commerce and Industry is the central agency for observing and assessing the FDI policy on a regular basis. Any notifications for FDI policies are given through Press Notes of the Secretariat for Industrial Assistance (SIA), Department of Industrial Policy & Promotion (DIPP). The investors from various nations are free to invest in India, except for a few market areas, where pre-approval from the RBI or Foreign Investment Promotion Board (‘FIPB’) would be necessarily required.

Challenges faced by the Industry

Recently, the Government of India has permitted various corporations from abroad to have ownership of as much as 51% of Indian retailers who are currently selling multiple brands. This will lead to numerous worldwide corporations and entities to create a solid footing amongst the retail sector. This will also have serious effects on the other Indian Businesses such as a change in competition, market power, real estate issues, supply-chain management, tax policies, etc.

·                Increased growth in the economy as different companies will come in India to set up their businesses which will lead to enhancement in infrastructure as there has been a lack of infrastructure in the retail area. Banking area will flourish, as money for the same will be regulated by Indian Banks.

·                This will lead to an increase in the number of jobs in the retail sector and further re-distribution of jobs in various other sectors with a positive effect.

·                It has always been an issue in the supply chain retail business, that the intermediary parties command the manufacturers and the customers, which leads to farmers losing their share of benefit or the profit margin. FDI will provide an added benefit to the farmers in this aspect, as they will get contracts for farming from the retailers and will get their fair share of profit earning from the same and will also not need to look for individual buyers.

·                Because of FDI, a lot of international products will make an entry into the Indian market, which will enable the customers to access a variety of products at low and reasonable prices in comparison to the prevalent market prices.

·                FDI can also solve the issue of food inflation and its negative impacts on the Public Distribution System created by the Government of India.

·                FDI may lead to the release of the monetary resources and Indian revenue to international corporations having a negative impact on the country’s economy.

·                India has a considerate share of the unorganized retail sector, and due to FDI in India, various small business persons and workers from these areas may lose their jobs as they prevail from a smaller area and work in smaller shops and businesses. This will displace the small unorganized retailers and self-employed shop owners.

·                As foreign companies enter in India, they will be inclined towards creating a monopoly leading to predatory pricing, violating the provisions of Competition laws in India.

Policy measures are taken by Indian Government to catalyze FDI

It has been seen over so many years that a huge degree of liberalization has been undertaken by the government in the area of Foreign Direct Investment. The government is set to develop India into one of the major FDI investment attractions in the world. In the year of 2018-2019, India is going on the right path in this area with an inflow of $64.4 billion which is an all-time high for FDI for India.

The Union Government has pushed the limits for investment in the areas of coal mining and contract manufacturing, also moderating the local sourcing requirements for single-brand retail trading (SBRT). This will lead to the opening of the coal sector to a large number of foreign corporations which will provide India various benefits

This action has been taken recently by the government, but if we talk about the existing policies, 100% FDI is permitted under the automatic route in the manufacturing sector. By this policy, any manufacturer can sell its Indian manufactured products through the retail or the wholesale channel which includes e-commerce. Along with this, a provision for the outsourcing of these activities has been made i.e. contract manufacturing.

Among other policies, one of the policies provides that trading in retail can be done through online portals before the setting up of the physical outlets but the only condition is that physical stores shall be set up within 2 years of the initiation of the online retail trading. This aims to create different opportunities in the business sector.

The government has been putting continuous efforts to catalyze the FDI regime in India and these policies such as mentioned above shall prove to be effective in creating a wide network of FDI investors and businesses all around the world.

The market of the organized retail sector is a newly developing sector in India and it is rapidly growing as a lot of India’s population is turning into the consuming class and this sector is luring a lot of people into its market area. The middle-class people with increasing purchase power are an important aspect when it comes to the broadening of the retail sector in India. It is evaluated that by the year 2030, more than 80 million households will come under the category of ‘middle class’, increasing from what is 21 million today. As the economy is exponentially growing, the consumer markets are also growing, especially in economies like India. As it is one of the most populated countries in the world, with huge potential, expenditure and consumption are set to double within the next few years, making the macroeconomics of the nation look potentially favourable in rapid growth.

In future, the international brands entering India through FDI are going to hire a lot of people, eliminating the chances of job losses. It will change the scenario of the competition law, which will provide customers with a lot of good purchase deals in terms of choice and prices. These foreign brands are able to do so with the help of feasible management of resources which are the kind of practices which the Indian retail market can also learn and implement in their own market practices.

Foreign Direct Investment benefits developing countries by integrating them with global economies. By doing this, it not only benefits the developing countries but also the global economy. Another advantage that FDI provides is Industry Restructuring. This implies the formation of new markets and a reduction in the cost of production which further enables global growth. In industries where there are very low competition and a low level of productivity, FDI can act as a harbinger of change as it introduces more competition thus increasing the low levels of productions which prevailed.

In the end, after analyzing both the pros and cons of FDI, we can safely assume that the pros outweigh the cons and it will definitely be the end customer who is going to get the best benefits out of this FDI process, though the government would need to play an active role in the transition of the retailing sector into the FDI regime. To ensure that the pillars of the economy i.e. Agriculture, Retail, Manufacturing, remain strong, the government would need to fulfil its responsibility as the socio-economic balance of the whole country is at stake. 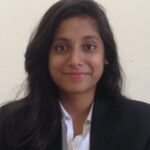 Samiksha hails from the Symbiosis International University and spends her most of the time volunteering for the NGOs. Her interest area lies in the latest judicial pronouncements and legal developments. Badminton, sketching and painting are her other interest areas. For any clarifications, feedback, and advice, you can reach her at samiksha.agarwal@symlaw.ac.in