Perfect crime has and will always be found in fiction but not in real life. In the realm of reality, it is impossible for a criminal to act, especially considering the intensity of a crime, without leaving traces of this presence[i]. No matter where a criminal goes or what a criminal does, he will leave something at the scene of the crime. At the same time, he will also take something back with him[ii].

It is true that direct evidence is essential for proving the guilt of an accused. But circumstantial evidence also plays a major role in ascertaining such guilt. The Hon’ble Supreme Court of India has laid down the principles that must be followed while dealing with circumstantial evidence. Over time, through its various decisions, the apex court has been able to settle the legal position regarding circumstantial evidence. The decision given in Trimukh Maroti Kirkan v State of Maharashtra[iii] is one such judgment that marks the progress of legal principles.

Hence, this appeal was filed by the accused-appellant under section 2(a) of the Supreme Court (Enlargement of Criminal Appellate Jurisdiction) Act, 1970.

The Hon’ble Supreme Court observed that there was no eye-witness in this case and the case of the prosecution rests on circumstantial evidence. Following principles are generally to be followed in such a case:

The Court was, however, quick to observe that when an offence takes place within the four walls of a house in complete privacy where the assailants have the opportunity to plan and commit the offence whenever they desire, it becomes rather difficult for the prosecution to bring forth such evidence that establishes the guilt of the accused, especially when the Courts insist upon following the strict principle of circumstantial evidence.

The Court further stated that the law does not require the prosecution to lead evidence of an impossible or difficult character. The duty of the prosecution is to lead such evidence as it is capable of leading as per the facts and circumstances of each case.

The initial burden to establish the case is always on the prosecution. However, the Court was of the view that the burden of proof in cases where the crime is committed in secrecy inside a house cannot be put on the same scales as is generally required in other cases of circumstantial evidence. The burden of proof here would be of a comparatively lighter character.

There will also be a corresponding burden on the accused where some facts are within his personal knowledge. In view of section 106 of the Indian Evidence Act, he has to give a cogent explanation as to how the crime was committed. He cannot get out of his burden by simply staying quiet and offering no explanation at all. Also, he cannot take the plea that the burden to establish guilt lies entirely upon the prosecution. It is true that it is upon the prosecution to establish the guilt of the accused but that does not discharge the accused from his duty to offer the required explanation.

The Court also held that when the accused is asked for such an explanation and he does not offer any explanation or the explanation given by him is found to be untrue, then, such an act of his will become a link in itself in the chain of circumstances thereby making it complete.

The Hon’ble Supreme Court reiterated the principles of presumption as laid down previously. Presumption of fact means that an inference can be drawn of the existence of one fact from the existence of some other facts. Such an inference drawn will hold true until it is disproved. It is a law of evidence which has gained legislative recognition in India through section 114 of the Indian Evidence Act. Where the prosecution has successfully established the circumstances pointing towards the guilt of the accused to the satisfaction of the Court, the Court has the power to presume certain facts while giving regard to the common course of natural events, human conduct, etc.

After a perusal of the evidence on record, the Court arrived at the conclusion that the deceased Revata was harassed, ill-treated and was often denied food because her father had not paid Rs. 25,000 which the accused-appellant and his parents had demanded. Revata was often beaten and denied food. After she was murdered, her parents, as well as the neighbours, were informed that a snake bite has led to Revata’s death. But the medical evidence revealed that the true cause of her death was asphyxia resulting from strangulation. Her body was positioned in a sitting stance with her back against the wall so as to ward off any suspicion regarding the real cause of her death. The accused-appellant did not offer any explanation regarding the injuries found on Revata’s body as were specified in the post mortem report.

The Court was of the view that all these circumstances point to the guilt of the accused-appellant and that they were inconsistent with his innocence.

The Hon’ble Supreme Court fully agreed with the decision of the High Court in allowing the appeal filed by the State and in convicting the accused-appellant under section 302 of IPC and thereby dismissed this appeal.

The decision given in Trimukh Maroti Kirkan case is a special one and something that can be called unwavering and consistent when compared to the previous reasoning given in similar cases. This case specifically deals with dowry death, a crime that is generally committed inside the house in complete secrecy[vii]. There are rarely any witnesses of such a crime and even if there are, they are reluctant to come forward. Such cases are then left to be proved solely on the basis of circumstantial evidence.

Circumstantial evidence is indirect evidence and is established through reasoning or inference. While dealing with such evidence, there is always a looming danger that mere conjecture can overshadow legal proof. But the Hon’ble Supreme Court has established the legal principles to be followed when dealing with circumstantial evidence so as to ensure the delivery of justice based on legal proof and due process.

In Hanumant v State of Madhya Pradesh[viii], the Apex Court has clearly pointed out that:

“(1) Circumstances from which the conclusion of guilt is to be drawn should in the first instance be fully established, (2) All the facts so established should be consistent only with the hypothesis of the guilt of the accused, (3) They should be conclusive in nature and tendency, (4) They should exclude every possible hypothesis except the one to be proved, and (5) There must be a chain of evidence so complete as not to leave any reasonable ground for the conclusion consistent with the innocence of the accused and must show that in all human probability the act must have been done by the accused.”

These 5 golden principles were again reiterated by the Court as “the panchsheel of the proof of a case based on circumstantial evidence”[ix]. These principles have been followed in all the later decisions[x] of the Court in a uniform and consistent manner. There are also a number of cases[xi] which do not expressly mention the Hanumant case but follow the same principles.

However, in cases like Trimukh Maroti Kirkan where the offence is committed behind closed doors, it becomes extremely difficult for the prosecution to lead evidence. There are no witnesses. Even if there are witnesses, they are reluctant to come forward against their own family members or neighbours. And such cases, especially the ones involving dowry deaths, are not isolated ones. They have become rampant in our society.

A crime committed even though in secrecy or behind closed doors of the house shall be punished. The apex Court very beautifully reminded the judges of their public duty[xii]. No innocent man shall be punished but a guilty man shall also not escape.

The Court further held that in such cases the burden of proof on the prosecution will become comparatively lighter in character and there will be a corresponding burden on the accused “to give a cogent explanation as to how the crime was committed”. The reasoning behind this can be found in section 106 of the Indian Evidence Act.

Section 106 states that when any fact is within the knowledge of a person, the burden of proof lies on him[xiii]. When an offence of murder has been committed inside a house, even though the initial burden of proving the guilt of the accused lies on the prosecution, the accused, husband, in this case, is also liable for giving an explanation as to how his wife died.

Prior to the decision in Trimukh Maroti Kirkan, a similar reasoning was followed in Collector of Customs, Madras & Others v D. Bhoormull[xiv], Balram Prasad Agrawal v State of Bihar & Others[xv] and Ram Gulam Chaudhary & Others v State of Bihar[xvi].

The Court has no doubt clarified the corresponding burden that the accused has to bear in such cases but it has not specified as to what exactly is to be inferred from the phrase “comparatively lighter”. This omission, however, does not weaken the merits of the decision. It can be considered that it is upon the judges to take this phrase as a guide and act accordingly based on the facts and circumstances of each case.

The Court is well within its power in presuming the existence of certain facts after the circumstances of the case have been satisfactorily established by the prosecution. This power of Courts is provided under section 114 of Evidence Act.

The Court’s reasoning, in this case, is not just logical but also consistent with its previous decisions. This decision is one in the line of many decisions that mark the development of the legal principle to be followed for cases based on circumstantial evidence.

The circumstances that pointed towards the guilt of the accused were fully established. In particular, the accused-appellant had alleged that his wife died due to snake bite but the post mortem report revealed the cause of death as asphyxia due to strangulation. Her body had other injury marks too which the accused-appellant did not explain. Since he did not give any explanation, it became an “additional link in the chain of circumstances”. This view of Court was not new either and has been previously established[xvii].

This decision ensures that the guilty are punished even though it might be difficult to lead evidence. Like many other decisions and the existing law on dowry-related offences or any other offence for that matter, the decision in Trimukh Maroti Kirkan v State of Maharashtra is punitive in nature. It ensures justice after the death of a victim but it does not have a bearing on preventing such death in the first place. However, this lack of preventive measures is synonymous with our justice system and marks a big failure on the public policy front. 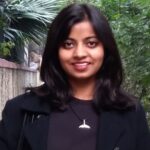