India is facing one of its major and massive water crisis. For two consecutive years, India is facing weak monsoon affecting nearly 330 million population by a severe drought. With almost 50 percent of India thinking about a dry season like conditions, the circumstance has been especially inauspicious this year in western and southern states that got below-average rainfall. According to the Composite Water Management Index (CWMI) report discharged by the Niti Aayog in 2018, twenty-one significant urban areas (Delhi, Bengaluru, Chennai, Hyderabad, and others) were racing to arrive at zero groundwater levels by 2020, influencing more than 100 million individuals. The Central government of India recently launched a new Jal Shakti (water) Abhiyan, which aims at conserving water with traditional methods. The government has announced a passionate plan to provide piped water connections to every household in India by the year 2024.

Following the huge water emergency crosswise over India in the late spring of 2019, the Central government launched the Jal Shakti Abhiyan. The Jal Shakti Abhiyan is a time-bound, crucial water protection battle which was completed in two phases over the 255 regions having basic and over-misused groundwater levels. Phase 1 of the JSA was from July 1 to September 15, 2019, which covered all the states and Union Territories. While Phase 2 was from October 1 to 30 November 2019 which covered only the monsoon retreated states and Union Territories.

There is no uncertainty that India experiences intensely the uneven distribution of water resources. Water accessibility shifts extensively from the desert zones of the west to the slopes of north-east. However, the real water management challenge in India is that its condition is typically monsoonal. Half of the all-out yearly precipitation happens in 15 days. Over 90% of the yearly run-off of waterways go through in four rainstorm months. This makes India water-rich and water-poor at the same time.

Therefore, because of excessive demand, less supply, uneven distribution and Inter-state conflicts, the government of India is failing to resolve the crisis.

On July 28, 2010, the United Nations General Assembly (UNGA) expressly recognized and acknowledged that clean drinking water is essential to the realization of all human rights through Resolution 64/292.

UN-WATER (GLAAS)
The United Nations Water Global Analysis and Assessment of Sanitation and Drinking Water (GLAAS) UN-Water initiative adopted by the World Health Organization with an objective to provide policy and decision-makers of all levels with a reliable, easily accessible, comprehensive and global analysis of the investments to make proper decisions for the drinking water.

Article 262 of the Constitution of India deals with the Water Dispute and its Remedies in India.

The Indian Parliament has enacted to Laws related to Acts according to Article 262 of the Indian Constitution:

A Resident Welfare affiliation (RWA) is basically a gathering housing system, spread over a zone or incorporated with floors of apartments in a building. Regardless of whether the houses are laid vertically or on a level plane, these local networks are typically registered under the Societies Registration Act, 1860. They are Self-managed and Self-financed. The Jagannadharaju Nagar RWA in Visakhapatnam was introduced in 1963 and who later followed the 3 pronged approaches in conserving and managing water to partially meet the menacing water crisis. Firstly, they adopted rainwater recharging in the apartments and individual houses. Secondly, they constructed eight locations along the roads of the colony through pits. And, lastly, they sensitised the need to conserve water to their residents through awareness and pamphlets.

Thus, if all the RWAs adopt such measures then the water crises can be resolved to a great extent in India.

Those were the days when money was used like water but today water seems to be used as if it was money. Water is the elixir of life which should be used judiciously. Just a step by a country will not work to make crisis address, rather it needs the whole world together to join hands to safeguard against the deadly situation. Who wants to awake to a dry morning to end with a dry death? The alarm has already signaled us, just a way away to crisis. But this not only wordly policies or laws will work, rather all this needs to be implemented in every possible way to save this life-giving planet. Water Laws are as essential as fundamental right to be taken care of because the time has already arrived to put a red signal to the precious life. 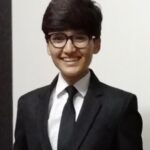 Shreya is an articulate and compendious writer. She loves to explore new things and you will never find her sitting idle. She is a National level Handball player and also plays Basketball.