“We will not hate, we will dance, on to that “tune of love’’, despite these wrongs for although we are different, we are united in pride”

To shake off the shackles of their gender-driven and stigmatised lowly bondage, and demand their rightful place in the society. In a bid to shake off the social stigma, transgender – persons with a penchant enough to fight for their human rights in a stigmatised society, since changing of Eras transgender persons have a tumultuous history from deification to damnation. Its uproar of these people to being heard by our legal system.

In the recent scenario, we know the Transgender Person bill, 2019 was passed by the Rajya Sabha on 20th November 2019. This bill was actually introduced in parliament on July 19, 2019, is unclear on a transgender person’s right to self-identify, which India’s Supreme Court recognized in a landmark judgment in 2014. The bill was proposed in LokSabha on August 5th to elucidate the transgender right, with the chaotic voices of people across the country there was opposition and silently was proposed after the abrogation 370 article and was passed recently on 20th November.

Overview of The Transgender Bill, 2019

This bill actually revolves around and gives us the definition of a transgender –person – A transgender- person as one whose gender does not match the gender assigned at birth. It includes Trans-men, and Trans-women, a person with intersex variations, gender-queer, the person with socio-cultural identities.

The most cardinal part which is elaborated in this bill is that the bill prescribes the discrimination, unfairness, and biasedness against the transgender- persons including the denial of service or intolerance and unfair treatment in terms of:

Further, it also criminalises the denial of use of public places to a transgender -person.

One of the most fundamental aspects in the whole bill actually revolves around the certificate for an identity, the bill itself lays down that a transgender –person may have to go under application to the district magistrate for a certificate of an identity, inkling over the idea of identity as part of the gender as “ transgender- persons” . Further, the bill states that a person may obtain a revised certificate if she/he undergo surgery to change his/her gender either to male or female.

The proposal also establishes a national council for transgender –persons composed of various members from central ministries, NITI Aayog to discuss and monitor the impact policies by addressing the grievances of the transgender –person.

Why Transgender Bill is recently in news?

Pride parade a celebration for LGBTQ people celebrate, enjoy themselves for who they with a rainbow flag spreading triumphant, excitement,  among the people. A hope to celebrate themselves for who they are each and every person is part of this pride parade, but this with the passed bill it scrounged the people across the country, carrying the voice of agitation, anger, and oppression against the recently passed transgender bill, saying there is no debate, dialogue calling that there are “technical shortcomings’’.

Other than talking about the Tran’s narrative is precise to bringing psychic biography in conscience with the physical corporeal mind and body should be in relation, often trans narratives have been seen to be dimorphism, this kind of particular narrative is actually empowering all the medical and pharmaceutical industries to gain more profit, there is a precarious relationship between the body remain same.

Why there is huge oppression against the bill?

In the current scenario, huge chaotic oppressive voices by the LGBTQ community, since the bill has been passed there are several remonstrating remarks to be taken into consideration, why there is huge oppression against the bill. We can look at the reasons.

Transgender, Intersex  & Hijras – are Not Same

We need to first understand these terms transgender, intersex and hijras. It creates a whole spectrum of identities on which ones gender is an identity, constructed by the way you identify yourself.

According to UN free & equal campaign defines “Transgender ’’, Tran’s is an umbrella term used to describe a wide range of identities whose appearance and characteristics are perceived as gender-atypical –includes trans-sexual people, crossdressers [ sometimes referred to as “ Transvestites’’] and persons who classify themselves as the third gender.

But according to the transgender people a transgender person as whose gender does not match the gender assigned at birth. It includes trans-men, and trans-women, persons with intersex-variations, genderqueer, and persons with socio-cultural identities.

Intersexes are those which are born with physical or biological sex characteristics such as sexual anatomy, reproductive organs, hormonal patterns and chromosome’s which either fit for both male or female. These characteristics may be apparent at birth or emerge in future.

Referring to Hijras community, they are transgender, but not all Hijra’s are transgender, not all transgender are Hijras. Hijra’s an initiation rite into community a cultural exclusive to India who has a different lifestyle and a set of customs and practices.

It is inconceivable that any effort to ostensibly ameliorate the fortunes of a particular group should be completely impervious to the entreaties of intended beneficiaries.

In conclusion, I want to say that the bill passed without some discussion in the midst of the chaos after the revocation of Article 370 on the same day in Jammu & Kashmir. It just ambiguous to pass the bill because they did not contemplate, debate, having a dialogue over this sensitive issue could have made few recommendations before passing the bill. There are people on the streets recommending their concerns but our government failed to take those, it is a deep-sea rooted gender, annihilate the caste structure, disported, unfriendly need to be changed.

Tran’s actually symbolising their loneliness and emptiness, going to the district magistrate for a certificate for identification holds no accountability on them, it is opaque, are not transparent. This bill is actually decided who should be Tran’s- person or not. It denies psychic lives, regulates narratives of gender, increasing of loneliness. Narratives of them are actually fit into, model rather giving accountability about dysphonia and dissonance which is not recommendable because holding no accountability would create more chaos among the Tran’s community and aggression against the government. 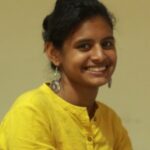 Sakshi is a voracious reader and likes to write. She has also won several writing competitions while in school. She is also a curious researcher. She loves to do social work. For any clarifications, feedback, and advice, you can reach her at mehtasak1690@gmail.com