This judgement proved as a historic event and decision of the Supreme Court. It led to the 1st Amendment in the Constitution of India in relation to the reservation policy in India. The amendment included the adding of clause 4 under Article 15. The judgement accounts at the impugned Communal Government Order adopted before independence and in continuance even after the Constitution came into force. This order had the reservation policy on the foundation of caste system in the state maintained college institutions. The court held this government order to be void in nature. This judgement is important as it resolves the conflict between Fundamental Rights and Directive Principles of State Policy. It says that whenever the conflict between Fundamental Rights and Directive Principles of State Policy arises, the Fundamental Rights hold the upper hand over the Directive Principles of State Policy. When a fundamental right is violated and directive principle is also in question, the preference will be of fundamental rights.

In 1950 in Madras, there existed the quota system for admission in the colleges. The State maintained four medical colleges and four engineering colleges. The admission in that was on the basis where for every fourteen seats, 6 were to be given to non-Brahmins, 2 to backward classes, 2 to Brahmins, 2 to Harijans, 1 to Anglo-Indians and Indian Christians, and 1 to Muslim. This was based on the order issued by the Province of Madras or Madras Presidency in 1927, before independence, which was called as Communal Government Order (Communal G. O.). The admission of was based on reservation on the ground of caste of a person in government colleges and in jobs. The State of Madras alleged that they were allowed to maintain and enforce the Communal Government Order as under Article 46 which is the Directive Principles of State Policy, they are entitled to maintain the order for the promotion of educational interest of Scheduled Caste, Scheduled Tribe and other weaker sections in the society.

Shrimathi Champakam Dorairajan, a Brahmin, filed a petition in the High Court of Madras under Article 226 relating to the infringement of her fundamental right of admission in the college. She alleged that she was not able to get the admission in the Medical College with her scoring enough marks. Shrimathi Champakam alleged that her fundamental rights under Article 15(1) and Article 29(2) were violated. She requested for the writ of Mandamus to be issued restraining the State of Madras from enforcing the Communal G. O. Another petition was filed in the High Court of Madras by C. R. Srinivasan relating to his admission in the Engineering College. He also alleged for the issue of writ of Mandamus. The High Court of Madras struck down the impugned Communal Government Order as it was a caste-based reservation and against the Constitution of India. Aggrieved by the judgement of the High Court, the present appeal was filed in the Supreme Court.

The issues in this case are:

1.  In case of conflict between Fundamental Rights and Directive Principles of State Policy, which one will prevail over the other?

2.  Whether the Communal Government Order of 1927 was against the Constitution or not?

A) CONFLICT BETWEEN FUNDAMENTAL RIGHTS AND DIRECTIVE PRINCIPLES OF STATE POLICY

The court also looked at the argument by the State that they have the right under Article 46 of the Constitution which forms part of the Directive Principle of State Policy. It presents that the State has the right to promote the educational and economic interests of the people of the Scheduled Caste, Scheduled Tribes and other weaker sections. So, they alleged that State has full right under the Directive Principles to move forward with the Communal Government Order and it is not against the Constitution. This causes conflict between Fundamental Rights and Directive Principles of State Policy.

Moreover, the court looked at Article 16 as well that highlights that the equal opportunities shall be there in the employment under the State or any office of State. It says that there shall be no discrimination as well in the employment in the State maintained office or employment on the basis of race, religion, caste, sex, descent, place of birth, residence, or any of them. Under Article 16 (4), it provides for the authority of state for the reservation in jobs for the backward classes. So, the court held that the provision of Article 16 (4) was expressly not included in the Article 29 (2) of the Constitution by the makers. Article 16 (4), as a fundamental right, makes it possible for State to provide reservation policy in job opportunity. But the same under Article 29 (2) which is for educational institution, the reservation policy power is not given to state. This was expressly omitted by the makers of the Constitution.

B) VALIDITY OF COMMUNAL GOVERNMENT ORDER OF 1927

The court held that the Communal Government Order of 1927 was constitutionally invalid. It said that Srinivasan who applied for admission in the Engineering college and secured sufficient marks to have been admitted in the normal case. But he was denied admission even after securing the marks. This can only be attributed to the discrimination against him because of his caste. The court said the conflict between fundamental rights and directive principles of state policy are clearly resolved where through Article 37; it is definite that fundamental right will hold the upper hand. So, Article 29 (2) will have preference over Article 46, which is the directive principle. This is so that Article 29 (2) will have to be enforceable in the court of law. The court held that even after scoring marks, the real reason for refusing admission to Srinivasan is that he is a Brahmin and not any other reason. The reason that he may have scored more marks than Non-Brahmin, or Anglo India or any other but was denied only because he is a Brahmin. This classification is solely based on his caste and not any other.

The admission cannot be said to be based on the equality criteria as the Article 16 (4) which gives the right to state to make provision for employed is not taken or added in Article 29 (2). This was done deliberately so that the admission in any educational institution is not based on the discrimination. The fact that Brahmins are allotted only 2 seats under the Communal Government Order and that the reservation for other classes is made. The court held that this order shows that the admission into the colleges is denied only on the ground that Srinivasan is Brahmin. This classification is based on arbitrariness and acts as a discriminator on the ground only of caste, religion and race. Thus, the communal Government Order is against the Constitution under Article 29 (2). The court further said that they did not go into the efficacy under Article 14 and 15 as the order is already proved to be inconsistent with the Constitution and void under Article 13.

In relation to Champakam Dorairajan, the court said that since it was found in the affidavit filed in support of petition that she actually did not apply in the Medical College of the state. She said that she came to know that she would not be admitted into the college because she was a Brahmin and thus, did not apply for it. However, the court said that there was no objection raised for it in the High Court and after the judgement, the State has promised to reserve a seat for her, if she applies. Therefore, the court did not move forward in that aspect.

This judgement proves to be of major significance as to have initiated as method to distinguish when there is a conflict between fundamental rights and directive principles of state policy. The court also struck down the Communal Government Order that still existed even after the Constitution was in force. That communal order was against the fundamental right of the Constitution and was thus, declared void. Article 13 became operation where a legislation is proved to be not in conformity with the Constitution and was enacted before it came in force, will be struck down.

1. “Supreme Court of India: The Beginnings” by George H. Gadbois

2.  “Tools of Justice: Non-Discrimination and the Indian Constitution” by Kalpana Kannabiran 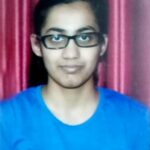