In India, there are multiple laws that have been enforced to ensure the safety of women and their protection from violence. The Indian Penal Code, 1860 have incorporated various punishable offences against women.

Section 354 – Outraging the Modesty of a Woman

The offender will be liable to imprisonment for at least 2 years which may extend to 5 years and liable to pay fine.

In the case of State of Maharashtra v. Manohar[i], a woman came out early in the morning to get water from the village well. The accused caught her hand and forcefully pulled her to him to be taken to a nearby place. The victim resisted and raised shouts. Her bangles were broken, and she was injured. The court convicted the accused under Section 354 of the Indian Penal Code, 1860.

Sexual harassment includes any form of unwelcome and explicit sexual contact or remarks. The offender will be punished with imprisonment of 1 to 3 years.

In the case of Vishaka v. State of Rajasthan[ii], the Court stated that sexual harassment includes any sexually determined behavior, sexually colored remarks, showing pornography and sexual demands, either by words or actions.

To disrobe a woman, the offender must have the intention to compel her to be naked. The man shall be punished for a period of 3-7 years with fine.

Stalking is an act of following a woman and contacting or attempting to contact her even where the woman has indicated her disinterest. Stalking can also be done via any form of electronic communication. Stalking has been a common offence in India that the Indian Penal Code, 1860 has laid down two forms of punishment for this crime. For first time offenders, the punishment is imprisonment for up to 3 years and fine. For repeated offenders, the punishment extends to 5 years with fine.

In the case of Deputy Inspector General of Police v. S. Samuthiram[iii], the Court laid down the following directions to curb eve-teasing:

Rape has been a growing issue in India in recent years. Ever since the Nirbhaya case in 2012, the country has been in shock of the gruesome nature of this act. It has become a worse issue with the rapists murdering the victim after the act, to remove any traces of evidence leading back to them. Rape is not a new issue. It has existed in our nation and other nations for centuries. Male domination and female oppression are two major contributors to this where men feel the need to assert their dominance on women and prove their “masculinity”.

It is important to note that rape is not only “penetration of the penis”, but it also ranges from inserting any body part or object into the vagina, urethra or anus of the woman to use of mouth. Any action is done:

a) Against her will.

b) Without her consent.

c) Where consent was procured by putting the woman under fear of death or hurt.

d) Where consent was accorded under a misconception that the person is the husband of that woman.

e) Where consent was procured by a woman of unsound mind or under the influence of intoxication.

f) Where consent of a girl under 18 years of age was procured.

g) When the woman was unable to communicate consent.

Shall constitute the act of rape.

There are certain exceptions that will not constitute an act of rape:

The Indian Penal Code, 1860 has laid down different forms of punishment for different acts of rape:

In the case of Mukesh & Anr. v. State (NCT of Delhi)[v], six accused persons, brutally assaulted, tortured, and raped a 23-year-old paramedical student, on a moving bus, before leaving her bleeding on the side of the road late in the night. The victim succumbed to her injuries after a few days of the incident. An FIR was registered against the accused person under Sections 302, 120-B, 365, 376(2)(g), 377, 201, 395, 397, 412 of Indian Penal Code, 1860. Here the Court stated that even if there were mitigating circumstances like young age, dependents and ailing parents, post crime remorse, aggravating circumstances outweighed them, warranting confirmation of death sentence.

This Section was incorporated by the Dowry Prohibition (Amendment) Act, 1986. Under this Section, the woman must have been subjected to cruelty or harassment by her husband or his relative for dowry within 7 years of their marriage. Such cruelty or harassment should have resulted in her death by any burns or bodily injury or any other circumstance.

The burden lies on the prosecution to prove the ingredients of Section 304-B of the Indian Penal Code, 1860 including the fact that before the woman’s death, she had been subjected to cruelty in relation to dowry to be read along with Section 113-B of the Indian Evidence Act, 1872.

Whoever commits dowry death shall be punished with imprisonment of up to 7 years which may extend to life imprisonment.

4. Section 498-A – Cruelty by Husband or Relatives of Husband

Section 509 – Word, Gesture or Act Intended to Insult the Modesty of a Woman

If any person, with the intention to outrage the modesty of a woman, says any words, makes any sound or gesture, or exhibits any object to the woman or intrudes upon the privacy of the woman will be punished with simple imprisonment for up to three years along with fine.

This is an Act which was incorporated to provide for more effective protection of the rights of women guaranteed under the Constitution of India who are victims of violence of any kind occurring within the family and for matters connected to them or incidental to them. 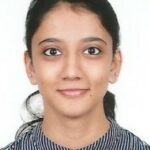 Madhumitha is a compendious and crisp writer. She is ready to learn new and interesting things and easily adopts to it. She is an avid reader too. Apart from literary interests, she likes to play Table-Tennis and swim. For any clarifications, feedback, and advice, you can reach her at madhumitha0903@gmail.com.