Parliament passed the Special Protection (Amendment) Bill recently, the reason it made to the headlines was clear amended the SPG Act of 1988. The main aim of the legislature doing this was to reduce state expenditure on VIP security. This will also help to eliminate the state symbol attached to it.

Beyond this period the SPG security will only be provided in case the person is apprehended by the grave and continuing threat by any terrorist or military organization.  There are other things to note from the bill as well as the security will be provided to immediate family members who reside with the Prime Minister at his official residence.  It also talks about providing security to the immediate family members of former PMs who reside with them at the residence allotted. The period for which the security provided will be Five years from the date on which he ceases to hold the office.

Before the new provisions were passed the immediate family members of former Prime Minister continued to avail SPG’s services if they faced a threat from any organization even after the SPG security from former PM is withdrawn. Now according to the new provisions, this cannot happen and when SPG security is withdrawn from PM it will be withdrawn from his immediate family member as well.

Debate on the Bill

Home Minister Amit Shah said in his speech that there is no political purpose behind the proposed bill discarding all the other allegations. It was just to cut off excessive expenditure and re-route the resources for the security of citizens. He said this was important to provide quality and crucial training to the SPG personnel, he said the quality of training has deteriorated with time because the force is overburdened.

JD(U) MP Ram Chandra Prasad further added that India was behind other nations on the number of police personnel per lakh population. BJP MP Neeraj Shekhar said that the government was just trying to topple VIP culture which it has done from the beginning. Government assures that if the need arises a separate force will be created under CRPF especially for providing security to former Prime Ministers.

DMK’s A Raja claimed that the amendment was undertaken for political reasons. The Indian National Congress walked out during voting on the bill expressing dissatisfaction with the reply they got from the government.

The home minister stated that the amendment would end the ‘dilution’ of the act over the years that came which came keeping one family in mind. He said he’s opposed to the dynasty and not family and there is no political Vendetta behind this.

Neeraj Shekhar of the BJP son of former Prime Minister Chandrashekhar was present and said he has enjoyed SPG security cover for over 11 years now which he feels is of no need, he stands against this VIP culture. Son of I.K Gujral  MP Naresh Gujral also mentioned he had the SPG cover for years which has now become a status symbol and these expenses can be saved and used for other purposes.

The Government’s Stand on the Bill

The statement of Objects and Reasons attached to the bill read that there was not a period specified to cut off the security of former prime minister and immediate family members, over a period the number of people to be provided with SPG security became large. This huge number proved to be a constraint on training, resources, and infrastructure of the SPG. It said that the focus should be on the core mandate that is the security of the Prime Minister, the head of state.

The Critics had to say that the SPG security should be provided to those who are under threat without the criteria that they hold office or not.

The Congress MP Adhir Ranjan Chowdhury said the congress supports all the steps taken for the security of Prime Minister Modi but after Home ministers speech it is clear that there is political Vendetta. There were many presents in the house who demanded the home minister to withdraw this bill

The Bill got President’s Assent 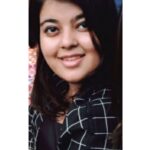 Sunidhi likes to keep herself updated with happenings around the world. She likes to keep everything organised, work in new fields and going out of her comfort zone and developing skills and grooming personality. Her hobbies include cooking and reading.