Ageing back to the year 1910, the need for space laws was put forward in a journal. After that, in the year 1932, the first actual monograph came into being, which described the fundamental concepts and principles of the space laws. Russia, in October 1957 was the first country to come up with the first-ever human-made satellite called the “Sputnik”. After this, many nations started exploring the concept of space and discovered ways to send objects into space, and a subsequent need for laws pertaining to outer space emerged.

EVOLUTION OF THE SPACE LAWS

The space laws developed in a phased manner are provided in three stages:

In this phase, the concept of space laws did not per se exist, however its need was recognized. Eminent jurists came up to research on the same and various thesis and writings relating to this concept were published. The jurists came to realise that a law which doesn’t relate to the principles of air law and which is based on international integrity was needed. The then jurists considered various aspects like the “concept of liability of the launch state” in case of matters relating to safety and security, “impact to the human society” due to the emerging space activities, and the need for a limit to national sovereignty in space. However, until the mid-1950s the jurists did not consider the area pertaining to the peaceful use of outer space, and whether the concept of State sovereignty would be involved in peaceful and scientific purposes.

The evolution of this concept cropped up in 1957 after the then US president introduced the concept of space laws to the United Nations. After the launch of Sputnik, U.S. Satellite Explorer 1 was launched in 1958. Thereafter, both the US and USSR took a keen interest in exploring the concept of space laws. In 1959 a permanent Outer Space Committee was formed for the purpose of maintaining the United Nations Charter and other international law in space, which opened the way for peaceful exploration. In 1967, the outer space treaty was authorised by 63 participants in the United Nations. This has indeed been the landmark development in the international space laws and holds the maximum recognition to date.

PHASE 3- The present phase, which  involves the development of various space activities and legal issues arising out of them in the 21st century.

The international space laws developed back in 1967, have been the most widely accepted till date, however, in the present days, a lot of development has taken place and space is being used at a much higher rate by humans. Therefore, the then treaty of the space laws is losing its essence in the present times as the principles of the 1967 treaty are no longer sufficient to conduct activities in outer space. Many practices like mining have taken shape in recent times; thus, laws relating to the exploitation of the resources must come into existence. Furthermore, these days there are many legal problems relating to the intellectual property and privacy, which need proper regulation per se.

The development of Sputnik led to the basic need for space laws and ever since with global development, the need for such legislation and treaties has expanded. The present phase of space law development poses many situations for the development and need of such laws.

1.      Commercial space activities– In the recent times, privatisation has seen a tremendous growth and even in case of the space laws, a threat of privatisation arose due to the technological advancements. Many private parties are entering into this line solely for-profit and thus, a need for a legal framework regulating the same was seen.

2.      Misuse of resources and the subsequent exploitation- Excavation and extraction of resources from the outer space has seen a sudden spike and the following activities like that of mining have led to various scrupulous activities. Thus, a legal framework for the same is needed.

3.      Militarization- There was a rapid development of nuclear arms, and the major players of the world were trying to explore new dimensions in which they could showcase their power. There was an assumption that space could become one such dimension. These explorations were initiated by the two superpowers of the world that is the United States and the Soviet Union.Therefore, there was an alarming need to bring an international legal framework which could control such activities to happen in and to make the space a peaceful place for conducting explorations by not allowing such activities to take place in the space led to a fear that these countries would establish military settlements or fortification in the outer space.

4.      Failure of launches- Any failure in launching of space objects can cause mass destruction. Therefore, a growing need for a regulatory framework to save the earth from mass destruction was seen much in need.

5.      The worrisome topic for the developing countries- All developing countries have always wanted to live in peace and do not want any disturbances from outer space channels, for this The United Nations Committee for Peaceful Uses of Outer Space (COPOUS) was established and it works towards setting up legal regulations for the countries of the world to follow while conducting the space activities.

The credit behind the same goes to two countries, Russia and the USA, who created the first-ever man-made satellite, Sputnik the Explorer 1. The developments in this domain subsequently started requiring a legal framework, for its smooth and safe functioning. After this, it was seen that the destruction from outer space could cause mass damage, and therefore, the concerns of nations rose which led to the development of the United Nations Committee on Peaceful Uses of Outer Space (UN COPOUS), which till date functions to provide safety and security behind all space matters.

The primary concerns that cropped up by the developing nations during the advancement of space law were concerning their interests of allotment of resources and believed it to be against the principle of  ‘basic legacy to humankind’, the policy that backs the fact natural resources in space are held equally by all countries and ought to be disseminated similarly to help all mankind as stated in the common benefit’ principle of the 1967 outer space treaty.

Space laws are the need of the hour, for many developing countries like India. As clearly put by the ISRO chairman that “‘Space should not remain restricted to the concerns and expertise of science, technology, defence and security of the nation. It must be interpreted as important for the ordinary citizen whose life will be augmented by its enormous positive potential. Thus, a Space Act would help the government deal with legal issues arising from objects put up in space and for what happens to them in orbit, or because of them”. 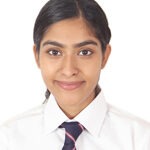 Shivika hails from Symbiosis Law School, Noida and she spends most of her time in painting, doodling, reading, writing and trying her hands at various new things. Her Interest area lies in Intellectual Property Rights and Space Law. For any clarifications, feedback, and advice, you can reach her at shivikachadha16@gmail.com