The case of Shankari Prasad v Union of India contributes to the journey of “The Doctrine of Basic Structure” which was a result of the ongoing struggle between the judiciary and the legislature for supremacy in independent India. The question of whether the fundamental rights can be amended under Article 368 was brought before the Supreme Court of India in this case. In this case, the validity of the First Amendment of the Constitution 1951 was challenged which curtailed the right to property. The Fundamental Right under Article 31 provides the ‘right to property’. The basic argument which was brought forward in the above case was that Article 13 prohibits the enactment of law abridging the Fundamental Right. The Supreme Court narrowed the scope of Article 13(2).

The Advocates from the Petitioner contented on the following points:

The judgment was delivered by Hon’ble Judge M Patanjali Sastri.

The Court unanimously held that even if the amendment is considered to be superior to ordinary legislation, it will not be able to strike its validity by Article 13(2). The word ‘law’ as given under Article 13(2) ordinarily will be inclusive of Constitutional amendment but it must be in consideration of ordinary legislative power and therefore the constitutional amendment done by the Parliament in its constitutional power is not subjected to Article 13(2) and such powers include the power to amend the Fundamental Rights.  The Court observed that “We are of the opinion that in the context of Article 13 law must be taken to mean rules and regulations made in the exercise of ordinary legislative power and not amendments to the Constitution made in the exercise of constituent power with the result that Article 13(2) does not affect amendments made under Article 368.” The Court upheld the validity of the First Amendment Act, 1951by using the literal interpretation. It also held that Article 368 entitle the Parliament to amend the Constitution with treating the Fundamental Rights with any exceptions unlike they are treated under Article 368. The Court diverged with the view that the Fundamental Rights can be here inviolable. The Supreme Court narrowed the view if Article 13(2) and adopted the progress of the independent nation through the acquisition of property.

The Supreme Court by dismissing the petition by the petitioners have narrowed down the scope of Article 13(2). The unanimous decision of the bench also followed in the next case of Sajjan Singh v State of Rajasthan were the court upheld the Shankari Prasad case.

Further Development in the Journey of Basic Structure

The Indian Judiciary gave the complete amending power but later this position was changed with a completely different outlook.

The question regarding the amenability of the Fundamental Rights conferred and given in the Constitution of India could be revoked or limited by amendment of the question still remains the centre for the conversation.

The cases which marked and contributed in this judicial discussion which was started in the said case of Shankari Prasad are Sajjan Singh v State of Rajasthan, Golaknath v State of Punjab and later all have culminated in Keshavananda Bharti v State of Kerala.

The majority in the case of I.C Golaknath n State of Punjab overruled the said judgement and held that no distinction can be found between the power of legislative and constituent power. Justice Hidayatullah held that the amending power was not to be found as the residuary power of our legislation. The procedure as laid down in Article 368 when compiled resulted in the amending ability of the Constitution. It can be called the legislative power. The majority held that the Fundamental Right has a transcendental approach and position in the constitution and so Article 368 would be incompetent to amend the Fundamental Right.

This added the ongoing controversy and power struggle between the Judiciary and the Legislature.

The Supreme Court in the Keshavananda Bharti v State of Kerala overruled the Golaknath case. The court held that the inherent limitation of the power of Parliament in regards to amendment and Article 368 does not confer any power to destroy the Basic Structure of the Constitution. 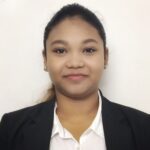