An accused person is an entity who has been alleged to have committed an offence. In criminal matters, an accused person(s) is/are the one(s) against whom the First Information Report is registered. In India, the law structures itself in such a way that every person involved in a Criminal Matter has certain rights through which they can protect themselves and keep themselves secure from various threats up to the Trial proceedings.

The accused, among all the persons involved in a criminal trial in India, might be most prone to get his rights violated during the process of justice so protection is afforded to them.

Rights of an accused person

Rights of an accused Pre-trial

An accused person, when arrested by the police, must be told about all the charges and accusations against which the said arrest of the person has been made. This right is provided by the criminal procedure law of India under section 50 and 75. The accused must know about all the offences that have been alleged against him, any officer must declare the full particulars of the offence for which the person accused is being arrested. The person conducting the arrest is obligated to inform about the arrest and full particulars of the arrest to a nominated person.

Wrongfully detaining any person is against the law. The accused afforded this right. Every person accused has a right against such arrests and detentions. These rights are provided by the Constitution of India under Article 22 clause 2 and section 57 of the CrPC. Any person arrested by any police officer acting under the power of warrant must produce such an arrested person in front of the magistrate within 24 hours, which is not to include the time of travel between the police station and Court.

As per Article 21 of the Constitution Of India, no person should be deprived of his/her personal life and liberty except if according to the procedure of law. To fulfil and not violate the right provided under Art 21, Criminal law prescribed a procedure of issuing a warrant for the purpose of conducting searches at a person’s home. The accused person does not lose this right even after its arrest if the Police are required to conduct a search in the house of the accused person, they have to get a search warrant issued according to the procedure prescribed by the Law.

In Criminal law, every person who is involved in a criminal proceeding provides a statement that gives light to the facts of the case. An accused person also provides this statement, he/she is obligated to answer each and every question raised to him/her by the police officer relating to the on-going case but while providing the answers of the questions, the accused person has a right to not answer those questions which can incriminate him. This right is known as the right against self-incrimination which is provided under Section 161(2) of the Criminal Procedure Code, 1973 and Article 20 clause 3 of the Constitution of India.

Any person who is being accused of an offence has the right not to be tried and punished for the same offence more than once.

Retrospective effect of law means the introduction of a new law and its implementation to take effect even before its introduction. In India, a person has a right against this type of effect of law. Under the constitution of India Art 20 clause 1 reads as follow:

In Criminal law, an accused person arrested for an offence has a right to be granted bail and be released from judicial custody except if he/she is accused of committing a non-bailable offence. However, even in the latter case, bail may be granted.

As per section 304 of the criminal procedure code, every person who has been accused of an offence has a right to receive legal consultancy. If an accused is not able to afford a lawyer, he/she must receive the required Legal Aid at the expense of the State.

Every person alleged to be an accused has a right to be heard without bias, this is a natural right inherent in every person. No prejudice should hamper the right to justice of an accused. This right is an implied right protected by the virtue of Article 21 of the constitution.

In, D.K. Basu v. State of West Bengal12, the Supreme Court, in this case, issued some guidelines which were required to be mandatorily followed in all cases of arrest or detention which include, the arresting authority should bear accurate, visible, and clear identification along with their name tags with their designation, the memo be signed by the person arrested and family member. The family or the friend, whosoever the person arrested nominates, must be informed about the arrest of the accused, The person arrested may be permitted to meet his lawyer during interrogation, though does not have the right to be present throughout the interrogation, etc.

Right of an accused during trial

The protection of the rights of an accused does not end with the pre-trial stage. It continues with the trial and has the rights as follows:

During the proceeding of the trial, many pieces of evidence and documents are presented in the court of law, the accused in a criminal matter has a right to be present at the time of such presentation of evidence and documents that are brought in front of the court of Law. Unless it is expressly provided that the accused should not be present at the time of such presentation or the accused is absent intentionally, at these two situations the trial can proceed without the accused being present in person in the court. This right is provided by the Criminal Procedure code itself under section 273.

During a criminal trial, many different kinds of documents are filed in court with different purposes, these documents are evidence filed by the prosecution, evidence filed by the defence orders and orders passed by the court, certified copies of the court hearing, etc. The accused has the right to receive all the copies of these documents, in order to have complete knowledge regarding the on-going process in the trial, this right is provided under Section 76 of the Indian Evidence Act, 1872.

This is also called the presumption of innocence, in the UN Declaration of Human Rights, it is recognized as the fundamental right of every accused. The presumption of innocence is a vital and constitutionally ensured right provided to an accused person in a criminal trial, it is an internationally recognized right. In India, to honour this fundamental right, the burden of proving the guilt of the accused lies with the prosecution.

In a criminal trial, there is a stage when both sides present their witnesses and question the witnesses of the other side. That stage is called the Chief examination and Cross-examination. An accused person has a right to be cross-examined by the prosecutor council in order to prove his/her innocence.

The right against self-incrimination can be used at any moment of the criminal proceeding. As every law made in India is submissive towards the Constitution Of India and the right to keep silent is an undeniable fundamental right. Even, the Supreme court of India, in the coal scam case noted that “the principle against self-incrimination remains an important safeguard and it has been accepted in the Constitution as a part of the criminal jurisprudence of the country.”

In, Nandini Sathpathy v. P.L.Dani18, it was held that no one can forcibly extract statements from the accused and that the accused has the right to keep silent during the course of interrogation (investigation).

Right of an accused Post-trial

The right of an accused after the completion of the trial depends on the outcome of the proceeding hence, the judgement. According to the verdict of the Court of trial the right of the accused changes.

If the accused is convicted by the court of trial, the major right which lies with the accused is the right to appeal19 to the higher jurisdiction. That means the accused can file an appeal against the order/judgement passed by the lower court.

If the accused is acquitted of the charges he/she was allegedly accused of then the person accused has the right to get the copies of the judgement of acquittal passed by the court of Trial.

The Law of India was structured in such a way that even if the person accused is found to be guilty by the Court of Trial he/she should not claim that they were not heard properly and provided the equal chance to present themselves. In a Criminal Matter, there are equal rights provided to an accused person for protection against the illegal procedure of investigation and trial. The Constitution of India and the Criminal procedure code both provides a handful of rights to all the persons involved in a criminal proceeding.

In the procession of the judicial system, the accused gets many opportunities to prove himself/herself to be innocent and stay updated of the on-going Criminal proceeding and keep himself/herself from making any coerced statements which can result in self-incrimination.

4.  Article 21 of the Constitution of India

11.  Article 21 of the Constitution of India

15.  Article 11 of the UN declaration of human rights 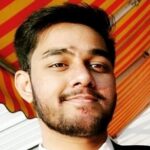