The freedom of speech enjoys a historical legacy in India, as can be seen in the way the country obtained freedom from its erstwhile British overlords. The struggle for freedom, in this sense, was a struggle for basic civil rights held inalienable in other countries[i], the absence of which led to widespread, well-documented oppression[ii]. In fact, K.M. Munshi while drafting the Constitution held such a right to constitute the essence of democracy.[iii]Thus, free speech as made available to all citizens was incorporated within the Indian Constitution by the makers of the Constitution in this backdrop.[iv]

The Indian jurisprudence, with respect to free speech, is rooted in the centrality which the idea enjoys in a working democracy. Accordingly, it has undergone sufficient expansion to include the freedom of the press, the freedom of accessing information, freedom to hoist the national flag and so forth. The objective of free speech in all these cases was identified to be the attainment of truth, public participation in socio-political decision-making and individual self-fulfillment.[v] However, recent trends have been disturbing.

The recent past has witnessed the emergence of Emergency like situation. The government has come down heavily against the dissenters in its attempt to impose misconceived and unpopular policies. The most predominant medium of communication viz. the internet, has been struck down in states such as Kashmir and other parts of the country owing to protests against the Citizenship Amendment Act. This has led to blatant violation of basic civil liberties conferred under Part III of the Constitution. Even more alarming is the fact that the judiciary too has observed stoic silence on issues of such great importance. The author contends that such clampdowns may be minimised if an identifiable, separate right to the internet is recognised by the Indian courts.  Thus, the right to the internet, for the purposes of the present discussion, will be shown as the next logical step in the development of free speech jurisprudence in India.

Defining the Right to Internet

The right to broadband first needs to be defined in order to be understood. This right is two-pronged and includes the following:

a) Unrestricted access to the internet subject to enumerated legal restrictions and;

Thus, it can be seen that it includes a positive right to access the internet as well as a negative right to the availability of technology.[vii] Accordingly, the former casts a negative duty on the state to not restrict this access and the latter casts a positive duty on the State to provide technology enabling the access. In the international forums, the right is said to originate from the right to communicate[viii] and the right to propagate ideas and access them[ix].

The need for such a right has been expedited due to the phenomenon of ‘convergence’.[x] The traditional forms of information gathering from sources such as newspapers, radio and the like, have all converged with the internet. In other words, these sources now predominantly rely on the internet to reach their customers. Thus, if the right to the internet is withheld from the people then their right to information is directly affected due to the advances in the field of information and communication technology, which have become the dominant mode of information dissemination.[xi]

The Nature of Right to broadband in India

At the outset, it must be noted that this right is in the nature of a derivative right i.e. those rights which are not mentioned explicitly in the constitutional text but are nevertheless important to realise the objectives of the Constitution. They are termed as ‘penumbral rights’ or ‘unenumerated rights’ within the American jurisdiction.[xii] Prominent examples of the same include the right to abortion[xiii] and the right to privacy.[xiv]

The Indian jurisprudence to believes in the same. Fundamental Rights in this sense have been held to be empty vessels to be filled in by each generation according to their experience.[xv] This proposition was further expanded by the court by obligating constitutional courts to expand the ambit and reach of Fundamental Rights,[xvi] as Part III rights provide only the skeleton meant to be filled in by the courts[xvii].

The complex nature of the right to the internet makes it difficult for it to be confined within one single Part III right. This means if this right is violated (assuming it has been granted) then more than just one Fundamental Right would stand violated. For instance, Article 19(1)(a) would be violated due to the aforementioned phenomenon of ‘convergence’. Also, if only certain sections of the society have access to this right owing to a digital divide[xviii], then it invites the wrath of Article 14. Thus, the right to the internet is a multifaceted, penumbral right.

Arguments for a right to broadband

The object and purpose of the right to freedom of speech provide a prima facie justification for the existence of a right to broadband. The latter was granted so that members of the civil society are able to develop individual belief systems and propagate the same.[i] This was relied on by the Court to support the constitutional status of the right to know as knowledge about matters affecting the public to decide the extent of political free speech and its ability to sway public opinion.[ii] Similarly, the right to disseminate or otherwise express one’s beliefs are in furtherance of the objectives of free speech.[iii] The internet has now become an important tool of information dissemination owing to its wide coverage in a relatively short span of time. At the same time, it has become the predominant source of news and opinion in India.[iv] Therefore, combining both it is evident that the internet has become an attractive ‘marketplace of ideas’[v], capable of providing a high rate of return on very small amounts of investment. Hence, an impediment in accessing or in any way utilizing this resource will hamper the objectives envisaged under free speech.

This argument is further buttressed by the expansion of free speech by the apex Court. The court did not restrict Article 19(1)(a) to certain types of information which can be developed and circulated rather, it included within its ambit a wide range of endeavors. This included the right to be entertained, educated and informed and the like which promote scholarly initiatives and enhance the political discourse in the country.[vi] In fact, even playing was considered to be expressive conduct by the courts within Article 19(1)(a).[vii] Therefore, a potential restriction on the right to access the internet will have the effect of prohibiting this exchange of ideas in the widest possible manner.

Often, a case against the granting of the right to the internet is based upon the flawed understanding of Article 19(1)(a) that it aims to protect only certain mediums of expression, as in the case of newspapers, magazines etc. and not internet per se. However, it must be noted that the right granted under the same is medium neutral i.e. Article 19(1)(a) does not concern itself with the medium through which the idea is being propagated. Therefore, the construction of the provision is wide enough to include the internet as well.[viii]

Another argument which favours the right is the increased corporatization of mass media. This poses a real and present danger to the freedom of speech and expression. It is a well-established fact that common ownership of media impedes the plurality of public opinion. [ix] This means that very often, opinion masquerading as the public opinion may not in actuality reflect the views and sentiments of the public instead, they tend to reflect the views of the corporate owners of this news outlets.[x] In fact, this had been anticipated way back by the Court and weakening effect this would have on the independence of the Fourth Estate.[xi] In such times the internet can be safely relied on to reflect the actual views of the public as it is not owned by any corporate entity or a private individual. Therefore, this independence proffered by the internet might become subject to unreasonable government restrictions and hence, requires greater safeguards.

Therefore, the right to propagate one’s ideas should not be left confined to the traditional understanding of rights. Such rights must adapt to the changing contours of technology which enables wider and faster transmission of information leading to widespread circulation. Any attempt to restrict the same on technical or non-technical grounds would be an affront to the deep-rooted and expansive understanding of constitutional values of India[xii]. Thus, the Kerala High Court has duly and rightfully recognised the right to access the internet.[xiii]

The internet has revolutionised the means of human communication. The Indian jurisprudence too has been active in expanding the contents of civil liberties in order to adapt to the changing needs of society. Therefore, only a legislative vacuum exists for the Parliament to fill in and for the executive to implement it. 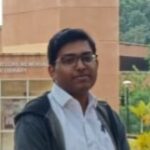 Aneesh is a skilled and adroit writer. He can impress any reader with his creative writing skills and literary texts. For any clarifications, feedback, and advice, you can reach him at aneeshj931@gmail.com