The Appellant accepted a bid to construct a 4-lane bypass on NH-26, in Madhya Pradesh, which was proposed by the Respondent. The contract was agreed between the parties on the basis of the Wholesale Price Index [WPI]. Ministry of Industrial Development in its old series has added WPI as price adjustment in the year 1993-94. The Ministry updated the old series until 2010 and stopped publishing in the same. Ministry started publishing the price adjustment method in New Series which was initiated in 2004-05. The Respondent on 15-02-2013 issued a policy circular determining the new formula and based on the 2009-2010 activity, it applied the Linking Factor for pricing adjustment.

The Appellant did not accept the circular and filed a writ petition challenging the circular in Madhya Pradesh High court. The Hon’ble court disposed of by stating that there exist dispute resolution mechanisms and parties should approach the same. Further, U/S 9, the Arbitration and Conciliation Act, 1996, the Appellant filed an application to restrain the respondent from implementing the said circular retrospectively. Delhi HC passed an interim order to restrain the respondent. The dispute referred to Dispute Adjudication Board [Hereinafter DAB].

Majority Dissent of DAB [2/3 members of the arbitral tribunal] held that the Circular could be applied as it was within contractual stipulations and passed an award rejecting the Appellant’s claim. The final majority award introducing linkage factor is imperative and required for conversion of indices.

Shri Dilip Namdeo Potdukhe, in his dissenting, expressed that neither the circular nor the guidelines could be applied, as they were de hors the contract between the parties and accordingly, the dissenting award awarded the claim of the claimant-appellant in full2.

The Appellant against the award given by the DAB under Section 34 of the Arbitration and Conciliation Act to set aside the award filed the Petition. The learned Single Judge by its order rejected plea under section 34 petition and held that the majority had taken a possible view, therefore, could not be interfered with, given the parameters of a challenge to arbitral awards.3 The order also upheld the application of the New Series in the present case. It was also declared that since the scope of interference under this section is limited and the majority decision has a better view thus the petition stands dismissed.

The Appellant U/S 37 of the Act, appealed before the Division Bench. The Bench upheld the order passed by the Single Bench of Delhi HC.

Decision by the Supreme Court

The appellant submitted before the SC that award passed by the majority on the present matters was beyond the scope of the submission of the arbitration under section 34(2)(a)(iv). It was also observed by the Bench that section 34(2)(a) has to apply and construed narrowly and that it was not possible to say that the misinterpretation of contract by the tribunal would mean that it had gone beyond the scope of the submission to arbitration. Only those misinterpretations and disputes, which are beyond the terms in an arbitration agreement can be interpreted which can be fairly comprehended.

The SC rejected this plead. It also held that applying any evaluation process or formula, which is outside the agreement, cannot be applied without the party’s consent. In the present case, the circular is outside the agreement and could not be applied as there was no consent on the part of appellant. The order passed by the majority has formed a new contract between the parties.

The parties have argued about the application of the linking method, thus it falls within the clause governing the parties for the arbitration proceeding. Therefore, this argument does not stand and plea under Section 34(2)(a)(iv) is rejected.

The Appellant submitted that the award was in conflict with the public policy of India, therefore, be set aside under section 34(2)(b). The appellant presented that the award is contrary to not only the fundamental policy of Indian law but also the basic notions of justice.  Supreme Court observed that circular which was issued by NHAI unilaterally without the consent of the Appellant could not bind the contractor. The circular had stipulated that it will not be binding upon the parties unless the contractor had either furnished the undertaking or the affidavit for a price adjustment and the same is acceptable by the parties.

The court observed that majority award by substituting a workable formula under the agreement by another formula de hors the agreement and thus formed the new agreement between the parties. It also stated that any unilateral alteration or addition can never be foisted upon an unwilling party, nor can a party to the agreement be liable to perform a bargain not entered into with the other party. Such conduct breaches the fundamental principles of justice.4 With respect to “Basic notion of justice” as a ground for the public policy in India, it can be applied only in exceptional cases. The court applies these principles where violation of these principles shocks the conscience of the court. The court thus held that this breaches the most basic notion of justice.

The Appellant submitted that there is a breach of Section 34(2)(a)(iii) because the government guidelines were never produced before the arbitrators. Thus, the arbitrator behind the back of the parties to which the respondent also agreed applied these guidelines.

The Supreme Court passed an order of setting aside the majority decision under Section 34(2)(a)(iii), and explained that the appellant is directly affected if not allowed to comment on the applicability or interpretation of guidelines.

The amendment of 2015 made it clear that the patent illegality as an additional ground is limited for Domestic arbitration and thus cannot be applied in the award of international arbitration. In applying the said ground for challenging the domestic award, the patent illegality should appear in the face of the award and the award “SHALL” not be set aside merely on the ground of erroneous application of law or by re-appreciation of the evidence.

The act that the procedure for setting aside of award will commence only when proper notice of proceedings is issued to the party. The compliance is for the party who is initiated and it has to file an application along with the affidavit after issue of prior notice to the other party.

For disposal of an application under Section 34, time limit of one year from the prior notice date to the other party. No provision for extension of one year by parties is given in the act or the amendment act.

SC allowed the application of Section 34(2A) and highlighted the fact about considering the application even though the arbitration proceedings in the same matter commenced before the said amendment done in the section.

It noted that the changes that had been done while interpreting the “Public Policy of India” by amendment dated on 23 October 2015 are substantive radical changes. The Supreme Court also looked into the decision in BCCI v. Kochi Cricket ltd6, which stated that Section 26 amendment is clear about the prospective application. To check the retrospective or other aspects, of the certain provision it is whole separate thing which requires its independent or sole inquiry to look upon its application.

The court found that the amendments made in Explanations 1 and 2 to Section 34(2)(b)(ii) have been made for the avoidance of any doubt, which language, however, is not found in Section 34(2A)7.[vii] As provided amendments to Section 34 were both clarificatory in nature with some of the substantive changes [as under explanation 1 and 2] and fundamental in nature by inserting sub-clause (2A) to the section. Thus, the explanations will have the retrospective effect in addition to that section 34(2)(b)(2A) is new ground having the prospective application.

The court applied the proposition of patent illegality as mentioned in Renusagar v. General Electric Co.8 to set aside an award under subsection (2A) of 34 of the Act. Therefore, the fundamental changes made in the act by virtue of the amendments have cleared the position to expand the ambit of “public policy of India” in ONGC Ltd. v. Saw Pipes Ltd.9, and ONGC Ltd. v. Western Geco International Ltd.,10 is no more applied and in addition to section new ground is introduced of “patent illegality”, in the exceptions.

SC allowed Appellant’s claim and passed an order against the arbitral award as in the present case the application of section 34 to set aside the order was passed after the amendment date and the amended act was held applicable. SC upheld the decision passed by the minority award by awarding the claim of the Claimant and did not direct the parties for new arbitration.

5.   Vikas Mahendra, Section 34 of the Arbitration Act, Prospective but retrospective, Bar and Bench, 9th May’19, last accessed on 6th Dec’19, available at https://barandbench.com/section-34-arbitration-act-prospective-but-retrospective/. 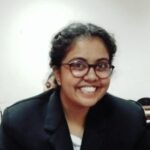 Rakshita is a very sincere and hardworking writer. She is a student of a renowned Chanakya National Law University, Patna. Her hobbies include reading, sports and watching movies. For any clarifications, feedback, and advice, you can reach her at rakshitabissa@gmail.com