In present-day India, rape has become of the worst evils of society. Every village, district, town, and the city is plagued with this crime. No one is spared when it comes to rape, whether it is a young woman, an old nun or even a two-year-old child. Among these, rapes of children are the most heinous and heart-wrenching at the same time.

Children are the most vulnerable part of society for the primary reason that they are young and unable to understand the implications of what is happening making them dependant on someone at all points, Due to this, many times rapes of children often go unreported, for the families are too afraid to bring this to light. This happens because of two reasons. Firstly, to not inflict trauma on the child and secondly and the more overpowering reason, the fear of social stigma. However, keeping in mind the inhumanity and brutality of the crime, the  Parliament has passed a bill, giving the death sentence to any person raping a child under the age of twelve.1

This Bill was introduced amidst countrywide protests over the barbaric Kathua rape case in which an eight-year-old brutalized and she succumbed to her injuries. In addition to that, the gang-rape of a seventeen-year-old in Unnao also proved to be a major reason for the introduction of this Bill.

Before delving into the details of the Bill, it is imperative to know about the background of the crimes and how it emerges. Any person who rapes a child is commonly termed as a pedophile. A pedophile is a person who is sexually attracted to prepubescent children who are generally of twelve years or less. This tendency of adults to be sexually attracted to children is known as pedophilia. In recent times, this disorder has been on the rise as everyday cases of children getting raped can be seen around the country.

Due to the increase in crimes against children in India, the Bill was passed by the Parliament.

Capital Punishment as a punishment is something which is given only for the rarest of rare cases and most often than none, rape does not fall into this category. It is seldom that someone is giving the death sentence for the crime of rape. The last known case of the death penalty given to the accused was in the much-publicized Dhananjay Chatterjee case of Kolkata, West Bengal, in which Dhananjay, a security guard of a building was accused to raping and murdering a young girl of the building. He was executed in 2004. Hence this Bill was a landmark in the history of criminal jurisprudence. Laws were present in which people accused of gang-rapes were given the death penalty.2 One of the recent cases in which a rape accused was given capital punishment was the Delhi gang-rape case in which a twenty-year-old woman was gang-raped and left on the road to die. This created a nationwide demand for making stricter rules for rape giving rise to the 2013 Criminal Law Amendment Act.3 In another case the death sentence was given to child rapists in Madhya Pradesh,4 though neither this case nor the Delhi gang-rape have any executions taken place to date.

The brutal gang-rape and murder of Asifa which came to be known as the Kathua rape case along with the Unnao rape case5 gave way for this special legislation.6 In furtherance of this, The Criminal Law (Amendment) Act, 2018 came into force.  In 2019, the Rajya Sabha passed a Bill, giving the death penalty for child sexual abuse and the amendment to the POCSO Act.7

As seen before, children become the easiest target for rapes, for they are vulnerable, innocent and unable to understand what is happening. Many a time the children are so traumatized that they are unable to express what they are actually going through, hence the criminals walk away scot-free. In other cases they get punishment, however, no punishment is ever enough for the inhuman crime that is committed. Thus the death penalty for those who rape children under the age of twelve was introduced.

The Act of 2018 amended several portions of the Indian Penal Code relating to sexual offences committed against women. Section 4 of the Act, inserts Section 376AB of the Indian Penal Code which states that whoever commits rape on a woman below the age of twelve years will be punished with rigorous imprisonment of not less than twenty years, which may extend to life imprisonment or fine or death.

Section 376DA was also introduced in which if a woman below the age of sixteen years is raped by one or more people with a common intention all of them will have said to have committed rape and will be imprisoned for life and fine.

Section 376DA, which was introduced stated that if a woman below the age of twelve is raped by one or more people with a common intention of rape, they will be imprisoned for life with fine or death.8

2019 has seen an alarming increase in the number of rapes in the country and especially the rape of children. Hence this Act of 2019, was passed reinforcing the provisions of the death penalty for those committing rape on children under the age of twelve.9

Rape as an offence is one which not only affects the woman physically but traumatizes one emotionally, mentally and psychologically. And, if it is a child in question the offence reaches a level of greater intensity. The growing rates of child sexual assault are both alarming and terrifying. It questions the law and order system in a country.

One case, the brutality of which shocked the entire nation. It was the Kathua Rape case. This rape case brought the entire nation to a standstill for this was one of the worst and brutal rape cases of children in recent history. January 2018, saw the brutal gang rape and murder of eight-year-old Asifa who lived in Rasana Village near Kathua in Jammu and Kashmir. The victim was kidnapped and was later missing for a week after which her body was found. On 17th January the body of Asifa was found and a subsequent autopsy was conducted.  Eight people were arrested in relation to the crime out of which four were policemen.

Various protests were held all across the country demanding speedy justice and strict punishment for the accused. Although a religious connotation was implicated in the crime, it is foremost a crime against a child, a crime against humanity.

The rise in the number of rapes in India has been termed as a situation of ‘National Emergency’ by renowned Nobel Laureate Kailash Satyarthi.10 There are more than 10,000 cases which are pending in the courts and many more which go unreported. In 2016, there were 18, 862 cases of rape which were reported. Although there have been movements to make stricter laws and prevention of rape, it seems that nothing is having an effect.

Petitions have been filed for the speedy disposal of child rape cases, so as to bring justice at the earliest, however, there still remains a large number of cases which are pending in various courts of the country including before the Apex Court. It was seen in a petition before the Supreme Court that out of 24000 cases reported in 2019, only 900 has been disposed off.11

The Bill which was introduced was done mainly to ensure speedy justice and stricter punishment for those who commit rape on children. It was to ensure that no offender escapes his liability. Along with giving the death penalty to those who commit rape on children below the age of twelve it also introduced a policy in which rape cases were to be investigated and concluded within a span of two months.

However, as expected there are two sides to the scenario, there was opposition to the Ordinance for there were people who stated that the possibility of a death sentence in these rape cases will not act as a deterrent force but might just aggravate it. What is needed is not capital punishment but an efficient mechanism of law and order and a system which will fasten the prosecution process in India. India needed an improved system of law and order and not the death penalty.12

As an Indian citizen in the present day, the increasing number of child rapes is both horrific and terrifying. Every day we see news on how children are being brutalized. These crimes against children have become a point of major distress for the government and citizens alike.13

In a shocking case which was reported it was seen that a man of sixty-five years of age raped a seven-year-old child. He was given a sentence of five years. This among many other instances questioned the law and the inadequacy of the sentence.14 And, this comes after the Bill of the death sentence was passed. This is one of the hundreds of rape cases against children that are reported on a daily basis. One of the most recent victims of rape was a six-year-old child from a village in Rajasthan who was raped and murdered.  One of the worst things about the rapes of children is that they are violated by the very people they put their trust in, whether it is a family member, a friend, a teacher or a neighbor. Children, being innocent tend to believe everything they see and put their trust in the wrong people. And these people violate their trust. The law implemented to bring these hundreds of children to justice is one small step towards making those people realize the intensity of the crime.

The Supreme Court was at a point shocked in seeing the delay that had taken place in giving justice to the victims and their families. It aims to expedite proceedings and ensure speedy justice.

Children are the future of society, if they are not protected and given a secure life then it is a failure on the part of the system and the nation. This Bill aims to give the death penalty to the rapists is a step towards making laws stricter for those violating them. It is a step towards protecting the children of the country. 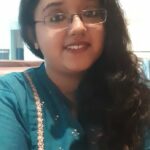 Nayantara has great research as well as writing skills. She likes to read various articles and keeps herself updated with the latest ongoing legal issues. For any clarifications, feedback, and advice, you can reach her at nayantara.bhattacharyya@slsh.edu.in