Under Chapter-IXA of the Indian Penal Code, which was introduced by the Indian Elections Offences and Inquiries Act. 39 of 1920, includes sections 171A to 171I which deal with any offences relating to elections. The objective of these sections is to avoid any malpractices related to elections. Also, it is an attempt to safeguard the franchise’s purity. It ensures that the candidate himself and/or his party members who may adopt certain unfair and corrupt practices in order to make their position are punished.

These sections are essential to make such offences punishable in order to ensure free and fair elections. Actions such as bribery, undue influence, personation, and other such malpractices during elections which hamper one’s right to cast vote freely have been made punishable under the provisions. The objective of this Act and the provisions under the IPC is to ensure that the voters are able to vote freely without any fear and have a true representation of the candidates.

In the IPC, the following actions have been made punishable explicitly :-

This section is for bribery in the case of elections. If someone gives gratification to another person with the objective of inducing the other person in order to exercise the electoral right then it is called bribery.

Also, if a person accepts for another person or for himself any reward in exchange of electoral right is also deemed as bribery. Some of the ingredients of this section are as follows:

·       An accused that gives gratification to another person.

·       This gratification is only given to influence the electoral right.

Furthermore, declaring any promise or public policy is not considered as an offence in this section.

This section states taking undue influence at the time of elections. The section is used when someone voluntarily influences or interferes with the free exercise for any electoral right. Thus, this person that is said to have committed undue influence at the time of the election. Also, when someone threatens the voter or a candidate, with an injury is punished under this section. Although when someone declares a promise or a public policy without any intent to interfere with an electoral right is not included. This person is not deemed to be interfering within the meaning of this section.

Some of the ingredients of this section are-

·       A person who voluntarily attempts or interferes with the exercise of any electoral right.

·       Also, such an act voluntarily includes a threat given to any candidate or another person with the intent of injury.

·       Also, it includes attempting or inducing a voter or candidate that they will become the object of spiritual censure.

For example- circulation of anonymous pamphlets, which were prepared with knowledge and consent of the Respondent party, in the Parliamentary hall attacking the rival candidate would amount to undue influence as covered under Section 171C, punishable u/s. 171G, IPC.

171F. Punishment for undue influence or personation at an election–

Whoever commits the offence of undue influence or personation at an election shall be punished with imprisonment of either description for a term which may extend to one year or with fine, or with both.”

The ambit of undue influence is wide enough to include threats of injury to a person or property. It shall also include illegal persuasion, divine displeasure or interference with the liberty of the candidate at, or a voter of, any election.

For example- if the opposition party spreads across the voters in the country that the Complainant Party has not banned cow slaughter, and therefore by voting for them, we would also commit the sin, it would amount to threats. Such threats would further be covered within the ambit of ‘Undue influence’ under Section 171C.

In order to prove personation, it is essential to show that the offender had a guilty mind or corrupt motive. Therefore, mens rea, in this case, is implied.

4. False statement in connection to the elections u/s. 171G

To invoke Section 171G, it is necessary to show that:

1. an election was impending;

2. the accused made or published a statement;

3. this statement concerned the personal character or conduct of the opposing candidate;

4. the intention behind publishing the statement was affecting the results of the election;

This section makes all the unapproved and unauthorized payments by the candidate, illegal. The intention behind enacting this provision is to prevent corruption which is likely to be caused by the candidates to impact the election results.

Any candidate held guilty for making illegal payments in connection with an election shall be punished with fine which may extend to five hundred rupees.

By virtue of this provision, all the candidates are required to maintain their accounts and if they fail to do so, they would be punished with a fine which may extend to five hundred rupees. The intention behind enacting this provision is to maintain and check and balance on the expenditure which is being incurred by the candidates. 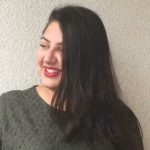