Meaning of Stalking and Voyeurism

Stalking is an act of uninvited repeated observation or surveillance by an individual or group of people toward any person. The behaviour of stalking includes repeatedly following a person or watching them, attempting to secure personal interaction or attention, spying and monitoring. This has the effect of threatening the victim’s security and privacy. This is perpetuated physically and also through continuous attempts of electronic communications or attempting to monitor through any other online mode for the motive of knowing everything related to that person, to contact the person, without the knowledge/against the desires of the person ‘stalked’. In the long run, it can cause mental distress, trauma and anxiety to the person being stalked.

Voyeurism, on the other hand, is an act of watching any other person, in such condition when such person is engaged in a private act and expects not to be observed by anybody. It includes watching any person in situations of changing clothes in a trial room or any private room, etc., whether in a public or private place, wherever, there is a reasonable expectation of not being watched.

In 2013, the Criminal Law Amendment Act was introduced by the Justice Verma Committee and the amendments were made to the Indian Penal Code, introducing stalking as an offence punishable under the IPC. But the India Penal Code did not introduce the offences of ‘voyeurism’ and ‘stalking’ as gender-neutral. Under IPC, such offences can only be committed by a man towards a woman.

This section says that a criminal offence of stalking can be committed by a man towards a woman, if any man follows a woman, contacts her to get personal interaction, make repeated attempts for such contacts despite a clear warning of disinterest, or monitors the woman by using the internet, or by any other mode of electronic communication. Such an act can constitute the criminal offence of stalking.

And under section 320 of the code of Criminal Procedure, the offence of stalking is not a Compoundable Offence. That means, the complainant or the victim cannot enter into any form of compromise and agrees to drop or take back the charges against the accused, after the case is being filed.

As the offence of stalking can be committed by both the way of physical spying and through the internet, that is known as cyberstalking. And for that purpose, some provisions of the Information Technology Act, 2000 is important to justify cyberstalking, a crime. And most importantly, the provisions under the Information Technology Act, 2000 is gender-neutral and any person, whether a man or a woman can be held liable.

Chapter IX of the Act deals with the offences of identity theft, impersonation, sending obscene material, etc. However, the term “cyberstalking” has never been addressed directly under this Act but the act of stalking any person through online mode is an offence under the IT Act.

It deals with the offence of Impersonation, where a person with a fake identity intentionally deceives another person using a computer or any communication device. This provision can be applied to acts of creating several fake accounts for the purpose to stalk a person online. This offence is punishable with imprisonment up to three years and fine, extendable to one lakh rupees.

This section says that the offence of voyeurism is committed by a man, if any man watches, or clicks photographs of a woman engaging in a private act in such a situation where she would expect of not being observed or watched by any person. This offence is punishable with imprisonment for a minimum term of one year, extendable to three years, and with fine, on first conviction and be punished with imprisonment for a minimum term of three years extendable to seven years and with fine, on the second or subsequent conviction.

And under section 320 of the code of Criminal Procedure, the offence of stalking is not a Compoundable Offence. That means, the complainant or the victim cannot enter into any form of compromise, to drop or take back the charges against the accused, after the case is being filed.

This section declares the punishment for violation of privacy by capturing, publishing and transmitting private images of any person, intentionally and without the consent of such a person. This is an offence and is punishable with imprisonment for a term up to three years or with fine, which may extend to two lakh rupees or with both. This provision is gender-neutral and any person, whether a man or a woman can be held liable for this offence under this act.

In this case, the accused had proposed to the victim to marry him. After getting his proposal rejected, he transmitted obscene letters and mail and even published pamphlets to defame the victim. He also created a fake Facebook account in the name of the victim girl, with the intention to threaten her with the purpose of manipulating her sexually. Accused continued to harass the victim through both mediums, online and offline.

The Cyber Cell of the Crime Branch investigated the case and the High Court of Orissa held that the accused was prima facie liable for offences under Section 354A, 354D under the Indian Penal Code, 1860, read with Section 66-C, Section 66-D and Section 67 and 67A under the Information Technology Act, 2000.

However, full success has not been seen in this case, due to the non- framing of charges under the relevant sections related to the case facts and the bail was granted to the petitioner with many restrictions. But still, this case recognized some more provisions, other than the above mentioned, which are related to the offence of stalking and voyeurism. Those provisions are as under:-

This section makes any such word, gesture or acts done with the intention to insult the modesty of a woman, with an intention of being heard or seen by such woman or interrupts and violating the privacy of such woman,  an offence punishable with simple imprisonment for a term of maximum one year, or with fine, or with both.

Section 67A of Information Technology Act, 2000

Section 67B of Information Technology Act, 2000

There is a lack of expressed provisions for dealing with the offence of Stalking and voyeurism and there is a need to improve the laws to make it effective as these offences are very common these days and most importantly. There is also a problem that most of people do not file cases against the accused person. The people are still not aware of the existence of these laws and for those, who are aware, are doubtful for the success rate in instituting such cases. In most of the cases, nobody gets to know about the situation which has actually taken place with the victim and it affects the victim’s mental and physical health.

Therefore, the Government should pass more effective laws, which can help the victims in getting justice. Mental harassment is mostly more violent than physical harassment. These cannot be seen by others and lasts forever and keeps affecting the sufferer. 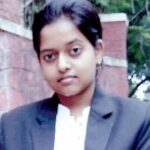