Different governments have different developmental goals for their economy. Generally, these include a faster growth of national income, alleviation of poverty, and reduction of income inequalities. But how is industrialisation expected to contribute to these goals? The experience of industrial economies shows a close association between development and industrial expansion. An industry is deemed to provide certain things which benefit other activities, such as, enhancement of skills, training of managers, dispersion of technology, etc. Moreover, the prospects of food and raw materials made the substitution of domestic for imported manufactured goods seem the most promising route to development for many countries. Most advanced economies progressed from the green revolution to the industrial revolution and then onto the services revolution. India, however, flew over the industrial revolution. It jumped from the green revolution straight to the services revolution.1 The first industrial revolution was steam-powered, the second electrical; the birth of the computer age marked beginning of the third revolution and the fourth – which some argue is just a continuation of the third – is the era of wearable gadgets, 3D printing, machine intelligence and networked devices. India has said the fourth industrial revolution will add unpredictability to the future of work, requiring people’s opportunities and well-being to be localised and re-examined.2

Labour rights or workers’ rights are a group of legal rights and claimed human rights having to do with labour relations between workers and their employers, usually obtained under labour and employment law.3 History of industrialization encompasses a constant struggle between labour and capital. Capital has been exploiting the labour to the maximum benefit.

It is generally expected that solving labour problems is the major responsibility of the Government of any country, particularly a non-developing country. Hence, the Government is vested with powers to enact and implement labour laws for solving problems not only of labour but also of the management.

After independence, the cost of living has increased considerably. The increase in the cost of living and countrywide political upsurge found its way in economic discontent among the masses, particularly in the industries. The industrial unrest and economic discontent led to a number of strikes and labour trouble. Workers were generally illiterate and poor and unaware about their rights. Workers are weak in negotiating with the employer for employment and wages. The employer dictated their own terms and conditions regarding wages and employment. The workers being in weaker position have no choice but to accept such terms for employment because employment was the only means to earn their livelihood and feed their family. On the other hand, without considering the paying capacity of the management there is a constant demand from labourers, for revision of wages and allowances, even though it may not be in a position to fulfil workers reasonable expectations about wages, working conditions and welfare facilities.

Why there is a need for labour legislation?4

1.  The relationship between the workers and employers, is one of partnerships in the maintenance of the production and building up of the national economy, and therefore of utmost importance

2.  The community as a whole as well as individual employers are under an obligation to protect the well-being of workers and to secure to them their due share in the gains of economic development.

3.  The individual workers are economically weak. They cannot bargain with the employers for the protection of their rights and even for subsistence wages. As such legislation for the protection of labour against long hours of work, unhygienic working conditions, low wages and exploitation is required.

4.  In order to increase the bargaining power of labour, legislation is necessary to encourage the formation of trade unions.

5.  In order to avoid industrial disputes which lead to strikes and lockouts, labour legislation is needed.

6.  The workers are exposed to certain risks in factories, mines and other establishments. As such in order to make provision for their health, safety and welfare, legislation is needed.

7.  To protect children and women from taking to work under hazardous conditions and at odd hours and in hazardous processes, laws are necessary.

1.  To improve the service conditions of industrial labour so as to provide for them the ordinary amenities of life.

2.  To bring about industrial peace which could in its turn accelerate productive activity of the country resulting in its prosperity.

For the aforesaid reasons, labour welfare is one of the major aspects of the national programmes towards improvement of the majority of labour. The Government has devised various rules, regulations and acts for the protection of their rights. Labour policy in India has been evolving in response to specific needs of the situation to suit the requirements of planned economic development and social justice and has two fold objectives, namely maintaining industrial peace and promoting the welfare of labour. The second5, third and fifth five-year plans emphasized to recognise and implement the scheme of workers participation.

A code of discipline in industry was accepted voluntarily by all the organisations of employers and workers which has been in operation since the middle of 1958. The code laid down specific obligations for the management and workers with the object of promoting constructive cooperation between their representatives at all levels. As a result of this new concept of such far-reaching aims, there has been considerable improvement in the sphere of industrial relations. The number of man-days lost declined significantly from 47 lacks during Jan-June 1958 to 19 lacks during July-December 19608. The code provides that every employee shall have the freedom and right awards to join a union of his own choice. Further, a form of workers’ participation in management was evolved. Joint management councils were established on an experimental basis. The Council was to bring about mutual consultation between employers and workers over many important issues which affect industrial relations. Also, a scheme of workers’ education was implemented. The scheme comprised training of teacher-administration and worker teachers. This scheme has helped to raise the self-confidence of workers and has increased their ability to take advantage of protective labour laws.

Labour policy was designed according to immediate and long term needs of a planned economy. India’s present labour policy is directed towards that attainment of full employment and assisting standard of living of the people. The concept of socialist society was kept in mind. Hence, as pointed out in the Third Five Year Plan, the fruits of progress should be shared in an equitable manner. The labour supply projections contained in the Fifth Plan7 imply an increase in the labour force about 18.26 million Hence the plan is oriented towards substantial employment opportunities.

Further, the Constitution of India under Article 43A9 inserted by 42nd Amendment Act, 1976 opened a new perspective in Industrial Relations in modern India. It enumerates for the “Participation of workers in management of industries.” It states that the State is duty-bound to take steps by suitable legislation or in any other way, to secure the participation of workers in the management of undertakings, establishments or other organisations engaged in any industry.

Labour Legislation has grown up as one of the most important social institutions in India. A quest for industrial harmony is indispensable when a country plans to make economic progress. It may be platitudinous but it is nevertheless true that no nation can hope to survive in the modern technological age, much less become strong, great and prosperous, unless it is wedded to industrial development and technological advance.

Section 41 of the Factories Act, 1948 (inserted by amending Act, 1987) provides that the occupier shall, in every factory where hazardous process takes place, or where hazardous substances are used or handled, set up a safety committee consisting of an equal number of representatives of workers and management to promote cooperation between the workers and management in maintaining proper safety and health at work and review periodically the measures taken in that behalf.

The Factories Act lays down that women cannot be employed in the night shift. The Mines Act also prevent employers from making women work underground. In the case of children, the Factories Act lays down that those below the age of 14 cannot be employed in factories. Moreover above 14 who are employed cannot be given work for more than 4½ hours a day. Pregnant women are to be given four months of maternity leave with full pay for the leave period. The employers have to provide for creches at the workplace for the children of working mothers.

The Bonded Labour System (Abolition) Act, 1976 abolished the bonded labour system all over the country. This Act envisages release of all bonded labourers and simultaneous liquidation of their debt. The New 20-point programme stipulated full implementation of laws abolishing the bonded labour system which implies: identification, release, action against offenders, constitution and the holding of regular meetings of vigilance committees at district and sub divisional levels, etc. With a view to supplementing efforts of state governments, a centrally sponsored scheme has been in operation since 1978-79 under which state govts. are provided central financial assistance for rehabilitation of bonded labour. Though the Government has made these Acts for the workers, the implementation of Labour Welfare and security schemes is not satisfactory.

Also, in the international arena, the International Labour Organization was formed in 1919 as part of the League of Nations to protect worker’s rights. The ILO later became incorporated into the United Nations. The UN itself backed workers’ rights by incorporating several into two articles of the United Nations Declaration of Human Rights, which is the basis of the International Covenant on Economic, Social and Cultural Rights. 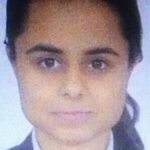