Different jurists have assigned different meanings to the word ‘jurisprudence’. To some jurists it means something, to some other, it means something else. The word jurisprudence finds its root in the Latin term ‘ Juris Prudentia’ which means the” study, knowledge, or science of law.”[1] According to the Merriam Webster dictionary, Jurisprudence means the science or philosophy of law or a system or body of law.[2] According to the Oxford dictionary, Jurisprudence is a systematic and formulated knowledge or science of human law.[3]

All the punishments in India are based on one proposition that is, there must be a penalty for wrongdoing. The theory of punishment is based on two bases:

Death penalty also known as capital punishment is an execution of an offender sentenced to death after conviction by a court of law for an offence. The term death/capital punishment is the most intense form of punishment. It is the punishment which is awarded for the most severe, odious and abhorrent crimes which are done by an individual against humanity. The extent of such crimes is not similar across the world, instead, it differs from the country, state, age, etc. Capital punishment has always been in the form of death punishment.[5]

Capital punishment or the death penalty shares a long history in India. Starting from the British era to the present time, many bills have been passed in history either to abolish or not to abolish the death penalty, and it has always been an issue of debate.

During Independence, India has retained several laws which were put up by the British colonial government which also includes the Code of Criminal Procedure, 1898 (Cr.P.C. 1898) and the Indian Penal Code 1860. IPC prescribed six punishments that can be imposed under law, including the death penalty.

Section 367(5) of Crpc states that if in any case death penalty was an option and court did not give the capital punishment, the court needs to record the’ Special reason’ for the particular Act.

Section 367(5) of Crpc is stated in the following way

If the accused is convicted of an offence punishable with death, and the court sentences him to any punishment other than death, the court shall in its judgment state the reason why sentence of death was not passed.

The Supreme Court too has upheld the constitutional validity of capital

punishment in “rarest of rare”  in the following cases:

The Supreme Court affirmed the constitutional validity of the death penalty. The Apex court says that if the capital punishment is awarded and it has followed the procedure established by law which is fair and correct then death penalty can be awarded but the court further adds that it should only be in the Rarest of the rare case as stated in the case of Bachan  Singh v/s State of Punjab. and the courts should render “special reasons” [6]

Criteria for the Rarest of Rare

The concept of ‘Rarest of rare’ was laid down by the Supreme Court in the famous case of Bachan Singh vs State of Punjab (1980). Supreme Court formulated the broad guidelines and said the death penalty should be awarded only when the option of life imprisonment has been ‘unquestionably foreclosed‘ The decision of the death penalty was completely on the court’s discretion.

The courts were instructed to make a report which is to be known as  ‘Balance Sheet’ which should state that any punishment less than that of the death penalty if given in the particular case then it would be like no justice has been given to an individual who has suffered the wrongdoing.

There were two prime questions which the Apex court asked

If in any case, the Supreme court rejects the appeal of an individual against capital punishment then the individual has the right to go to President and governor of the state to submit the mercy petition. Under Article 72 and 161, President and Governor of the state respectively have the right to grant pardons, reprieves, respites or remissions of punishment or to suspend, remit or commute the sentence of any person convicted of any offence. But these powers are not on a personal basis of President or Governor of the state, instead, these powers are exercised on the advice of the council of ministers under article 74 and 163.

Clemency Powers also helps in rectifying the mistake of the court if there are any. A document was drafted by the home ministry titled “Procedure Regarding Petitions for Mercy in Death Sentence Cases”. This was drafted by the ministry for guiding state government and the prison authorities to deal with the death sentence prisoners who have submitted the Mercy petitions.[8]

Judicial review of the exercise of Mercy powers

In the famous case of Shatrughan Chauhan, Supreme Court recorded the various factors which home ministry should look at while giving the mercy petition which is as follows:

Death penalty or capital punishment is a very severe kind of punishment which is awarded for the Rarest of the rare cases and for the heinous or grievous crimes done by an individual against humanity. The court is extra conscious while giving the death penalty because it is the point of someone’s life and liberty as stated in Article 21 of the fundamental right of the Indian Constitution. There are many provisions and acts made for capital punishment which has been stated above. The issue of the death penalty has always been debatable, whether it is correct to give capital punishment or not. As everything has its flaws so the law of death penalty as in the Rarest of rare case, is open to interpretation for the courts that whether the case is Rarest of rare or not, there is no common base when the case is considered rarest of rare, thus it may create ambiguity sometimes. 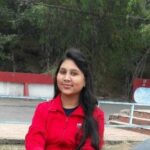 Arushi is an articulate and eloquent writer. She likes to do research on various legal issues and write about it. In her leisure time, she loves to do painting. For any clarifications, feedback, and advice, you can reach her at agrawalarushi463@gmail.com