Jurisdiction can be defined as the limit within which the Court of law can exercise its powers concerning suits, appeals, actions, proceedings, etc.

The above-mentioned judgement has been a landmark precedent concerning proceedings or suits regarding jurisdiction.

Under Indian Law, there are 5 types of jurisdiction:

Later in this article, admiralty jurisdiction shall be explained concerning extra-territorial jurisdiction.

The main focus of this article lies on territorial jurisdiction granted under the Indian Penal Code, 1860.

Section 1 of the Indian Penal Code (IPC)[ii] states that the Code would apply to the whole of India. With the 2019 Judgment of the Supreme Court regarding Article 370 of the Indian Constitution[iii], the IPC would also apply to the state of Jammu and Kashmir.

However, the IPC does not mention that it would apply only to citizens of India. This is interesting to note as other Acts and legal provisions state otherwise. Sections 2, 3 and 4 of the IPC lay down the provisions for intra-territorial and extra-territorial jurisdiction of the IPC.

However, the IPC is not the only legal provision that deals with this. The Code of Criminal Procedure, (CrPC) and the Informational Technology Act, 2000 (IT Act) also lays down provisions of their extra-territorial jurisdiction.

In simple words, the IPC lays down provisions for offences committed within and beyond the territories of India and makes such persons liable for punishment as per the IPC.

Provisions under the Indian Penal Code, 1860

As mentioned above, the Indian Penal Code, 1860 places an intra-territorial as well as extraterritorial jurisdiction for offences committed under the IPC.

Section 2 of the IPC[v] states that “Every person shall be liable to punishment under this Code and not otherwise for every act or omission contrary to the provisions thereof, of which he shall be guilty within India.”

In essence, these are the following essentials of Section 2 of the IPC:

The two main aspects of this Section are:

In the landmark case of R v. Esop[vi], the accused was charged for the unnatural offence that he committed in India and he defended himself with the fact that he was not a native of India but of Baghdad, where the action did not amount to an offence. However, the Court rejected this defence and convicted him for an unnatural offence.

In another case of State of Maharashtra v. M.H. George[vii], a German national was travelling to Manila with 34kg of gold, which he failed to declare in the manifest for transit. The plan arrived in Bombay and the Indian Customs on search recovered the gold and prosecuted him under the Foreign Exchange Regulation Act. The Supreme Court of India held that, even though the man remained on the plan, he cannot be exempted from conviction on the plea of ignorance of the law and convicted him under the said Act.

The term ‘territory of India’ includes two types of territories:

The following picture would give a better understanding of the maritime territory of India.

In the case of Emperor v. Kastya Rama[viii], the accused sailed into the sea within 3 miles off the coast and removed the number of fishing stakes that belonged to the plaintiff. The Bombay High Court held that the local Criminal Court had jurisdiction over this issue and convicted the accused of mischief.

The Indian Penal Code exempts certain officers and persons of rank from liability under the Code.

The following are the essentials of this Section:

In the case of Mobarak Ali v. The State of Bombay[xi], a Pakistani national made false representations from Karachi to a man in Bombay on the pretext that he had a stock of rice and on receipt of money, he would ship the rice. However, no shipment was made after the complainant paid the amount. On arrest, the accused claimed that he was in Pakistan at the time of the offence and therefore, he cannot be held liable for his actions. The Court held that though the offence was committed in Bombay and that he was not present in Bombay at the time of the commission of the offence, he would still be held liable.

(1) any citizen of India in any place without and beyond India;

(2) any person on any ship or aircraft registered in India wherever it may be;

(3) any person in any place without and beyond India committing offence targeting a computer resource located in India.

(a) the word “offence” includes every act committed outside India which, if committed in India, would be punishable under this Code;

Section 4 lays down the persons who shall be liable under extra-territorial jurisdiction of Criminal Courts. Such persons include:

Such jurisdiction can be exercised in the following cases:

·       When the offence is committed on a foreign ship in Indian territorial waters.

·       When the offence amounts to piracy jure gentium which consists of any illegal act of violence, detention or depredation committed for private needs, by persons onboard a private ship or private aircraft, and which is directed against a ship or persons or property on the high seas. Admiralty jurisdiction shall apply in such cases.

·       When the offence is committed in an aircraft, registered in India, wherever it is located.

This provision was included by the Information Technology (Amendment) Act in 2008.

The principle behind this jurisdiction is the notion that a ship which floats on the high seas is like a floating island. Admiralty jurisdiction can be exercised in the following cases:

In the landmark case of the Republic of Italy through Ambassador v. Union of India[xv], two Indian fishermen were killed off the coast of Kerala aboard the St. Antony, after they were fired upon by Italian marines on board the Italian ship, Enrica Lexie. The incident occurred at 20.5 Nautical Miles off the Indian Coast, within the contiguous zone area of India’s Exclusive Economic Zone. Indian Coast Guard got hold of Enrica Lexie near the Lakshadweep Islands and compelled it to proceed to Kochi. Subsequently, two Italian Marines were arrested and charged for the offence of murder.

Italy challenged the arrest before the Court alleging that India has no jurisdiction to try the case at the very first instance, as the incident did not happen on the territorial waters of India but on international waters. Italy cited Article 97 of the United Nations Convention on the Law of the Sea (UNCLOS)[xvi], which stated that “In the event of a collision or any other incident of navigation concerning a ship on the high seas, only the flag state of that ship can launch penal proceedings”.

(a) by a citizen of India, whether on the high seas or elsewhere, or

(b) by a person, not being such citizen, on any ship or aircraft registered in India,

he may be dealt with in respect of such offence as if it had been committed at any place within India at which he may found :

Provided that, notwithstanding anything in any of the preceding sections of this Chapter, no such offence shall be inquired into or tried in India except with the previous sanction of the Central Government.”

This Section is in connection with Section 4 of the IPC with respect to extra-territorial jurisdiction. However, there is one addition that needs to be pointed out in Section 188.

It states that prior permission or sanction of the Central Government is needed in order to inquire or try a person for an offence committed by them outside the territory of India.

In the case of Samaruddin v. Assistant Director of Enforcement[xviii], the Court held that Indian courts do not have authority to try any offence committed outside the territory of India without the prior of the Central Government.

Sub-section (2) states that this Act will apply to offences or contraventions that involve a computer, computer system or computer network located in India.

This Section must be read along with Section 4(3) of the IPC.

In the case of R v. Governor of Brixton Prison & Anr.[xix], Citibank faced the wrath of a hacker on their cash management system which resulted in the illegal transfer of funds of customers into the account of the hacker, who was later identified as Vladimir Levin and his accomplices. After his arrest, Levin was extradited to the USA.

The issue of jurisdiction and the place of origin of the cybercrime was raised in this case.

The Court convicted Levin and held that the nature of communication between Levin and Citibank meant that Levin’s moves were actually occurring on Citibank’s computer system.

Section 2 of the IPC states that any person who commits any act or omission contrary to the provisions given under the Code would be punished only according to the provisions of the IPC. This provision was included in the Code at a time when India had various laws in force which were difficult to regulate. In today’s time, when those laws have been repealed, having such a provision has become redundant.

Section 4 of the Code applies to offences committed by citizens of India beyond the territory of India. However, it is necessary that this is made applicable to aliens who render services to the State Government or the Central Government.

With technological advancements and the increasing rates of cybercrimes, it is necessary that the extra-territorial jurisdiction extends to cybercrimes, committed within or beyond the territory of India.

While various cases have come up regarding jurisdiction of Criminal Courts, the laws, as well as Courts, have provided clear provisions for the same. However, these provisions have not included every aspect of jurisdiction and there still exists confusion within the system regarding this.

It is necessary for improvements of these laws in order to ensure that citizens of India, as well as foreign nationals, are held liable for offences committed within the scope of the IPC.

As mentioned above, it is necessary that the Indian Legislature makes some changes to the Indian Penal Code with regards to territorial jurisdiction.

Firstly, it is desirable to remove the provision that whoever commits an offence within the territory of India, shall be punished under the IPC. This can be confusing in today’s time when other legal provisions provide for punishment in relation to certain offences.

Secondly, there must be a clear provision as to whether the Indian territory also includes maritime territory and there must not lie a discretion on Courts to decide such matters, as has happened in the past.

There must be an inclusion of aliens who render services to the State Government as well the Central Government within the ambit of Section 4(1) of the Indian Penal Code.

Cybercrimes must also be included within the ambit of territorial jurisdiction so as to hold those who commit such crimes outside of India, as per the Indian Penal Code. 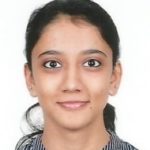 4 Replies to “JURISDICTION UNDER IPC”