In India, there are certain laws which have become so archaic that they have lost their relevance over a period of time. The law related to Adultery was one of such laws. It had been defined in IPC under Section 497. The law was quite discriminatory and was set according to the options of the British era when there was no freedom, independence and the rights given to the people and also the patriarchal society was in prevalence. Hence the law had gone obsolete. Right one after another this law has been challenged multiple times in this long span of time and finally after 158 years of its inception, it has been struck down by the Supreme Court of India on 27th September 2018.

Now let’s discuss it  in some more detail

Indian Penal Code was written at the time of Britishers and since then there have been very few amendments in the laws mentioned in it. So there was a need to inspect all the sections of the IPC as with the changing times, there is a need to add some crimes and remove some which used to exist in that time but now are irrelevant. Also, the laws and their punishments are highly influenced by the British point of view, and now the need of the hour is to change it and design it according to Indian standpoint. Thus, in February 2016, the President of India has called for a thorough revision of IPC in order to deal with the above-mentioned concerns.

In October 2017, Joseph Shine, a non resident Keralite, filed a petition in the Supreme Court of India challenging the constitutionality of Section 497 read with Section 198(2)22of the CrPC. Section 497 used to criminalise the offence of adultery. It provided for the punishment to a man who engaged in sexual intercourse with another person’s wife without his consent. On the other hand the consenting women had been exempted from any punishment under this provision. Also this provision did not allow a woman to file a complaint against when she finds out that her husband has engaged in sexual intercourse with some other woman. Thus, this provision was considered discriminatory and in this case Supreme Court adopting a progressive approach struck down 158 years old adultery law.

It was not the first time in the history that the constitutionality of this law has been challenged. In the case of Yusuf Abdul Aziz vs. State of Bombay33 , a petition was filed in the High Court to determine the constitutional validity of this provision but the case was decided against the appellant.

In the case of Sowmithri Vishnu vs. Union of India44, it was held that the task of making any law neutral is of legislation not court and court also held that “it is the man who is the seducer not the woman, the position may have undergone some change over the years but it is for the legislature to consider whether section 497 should be amended appropriately so as to make note of the transformation which society has undergone”.

Section 497 of IPC defines adultery and stated that:

“Whoever has sexual intercourse with a person who is and whom he knows or has reason to believe to be the wife of another man, without the consent or connivance of that man, such sexual intercourse not amounting to the offence of rape, is guilty of the offence of adultery, and shall be punished with imprisonment of either description for a term which may extend to five years, or with fine, or with both. In such a case the wife shall not be punishable as an abettor”.

“For the purposes of sub- section (1), no person other than the husband of the woman shall be deemed to be aggrieved by any offence punishable under section 497 or section 498 of the said Code: Provided that in the absence of the husband, some person who had care of the woman on his behalf at the time when such offence was committed may, with the leave of the Court, make a complaint on his behalf.”

The court in its judgement to this case struck down Section 497 of the IPC and held that this Section is violative of Articles 14, 15 and 21 and declared it unconstitutional. Court also held that Section 198(2) of the CrPC is also unconstitutional to the extent it is applicable to Section 497 of IPC. Thus court here overruled all the previous judgements passed in this matter.

Thus on above lines the Apex Court in its judgement declared that the law is quite discriminatory and is not consonant with the contemporary times and hence declared void. Thus, adultery as an offence has ceased to exist and now it can only n=be used as an excuse for divorce but its committers can’t be penalised.

The court while declaring this law unconstitutional took a landmark step in the Indian legal history. The Supreme Court rightly recognised the principles of equality and women’s dignity. And once again by this judgement it has tried to improve the situation of women in a male dominated society. It clearly shows a positive sign and it is a way ahead towards women empowerment. This judgement preaches the idea of transformative justice.

Though the judgement is a progressive one but it totally rules out the crime of adultery from our laws and hence making the protection of the rights of a spouse in a marriage quite vulnerable. It somehow weakens the institution of marriage by giving absolute liberty by striking down adultery. Thus, this law is criticized on the notes of its socio- cultural impact. Thus this case gives a vague ending to the concept of Adultery.

So we can see that this story does not end here with this case, in the future when certain advert circumstances will emerge and people will come to Apex court for justice and proper explanation, then it would be interesting to know what stands our judiciary will take. For now we have to keep content with what we have got from this case and have to leave the rest for the future. 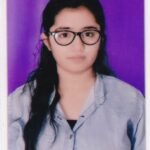