The current political and legal scenarios have seemed to instill fear in the mind of the common Indian citizen. We have witnessed a rise in vigilante crimes against the minorities in the form of mob lynchings, with men being beaten to death or burnt alive as it streamed live on social media, we have witnessed women being raped brutally and then killed irrespective of whether they are a year old or in their nineties, we have witnessed violent demonstrations over conflicts regarding our rights as and the conflicts over a female actor’s role in a movie, countless curfews and internet shutdowns, the privacy of each and every Indian citizen at stake and this seems to be just the beginning.

The past few years have had a great impact on the history of India with various new laws and acts being introduced by the ruling government as well as the landmark judgments being given by the Indian judiciary in regards to a citizen’s right to their own sexual preferences, right to worship and to protect their right to privacy.

The impact of these laws and judgments have been negative as well as positive, but the belief of the masses still seems to be dwindling when it comes to the judicial system and its working in the country.

It is indeed true that the judiciary has not always been known to provide speedy trials and mostly followed the principals of mercy and humanity when it comes to the sentencing of a convict, with an effort to abstain from sentencing a capital punishment which has appeased to the values of the humanitarian activists but not always convinced the masses in regards of justice being served. Witnessing the vileness of the crimes and the severity of the effect that it causes instigates a need and desire among the countrymen for an equally cruel or even worse a punishment to instill fear among the criminals, mostly comparing the reformative theory which is mostly preferred in our country with the deterrent theory in the Arab countries such as UAE.

The heavy criticism that the Indian Judiciary still faces on its various rulings be it the conviction of the 17-year-old juvenile despite him being the major perpetrator in the Nirbhaya case or the countless delays in its proceedings has in a way compelled people to the belief that justice cannot be achieved through mercy and definitely not through the lengthy judicial proceedings.

The statistics show a great degree of increase in the crime rate in the country, especially crime against women and minorities. There can be a lot of things that could be blamed for this, such as the recent trends of saffronisation, illiteracy and masochism, the urge and need to prove superiority but the greatest of all a lack of respect and belief in the legal system, its laws and the rights vested in each and every person. The masses have always believed in the incompetence of the protectors of the law be it the police or the judiciary either due to the bouts of corruption or merely because of lack of seriousness and incompetence of the authorities, which has also inspired various Bollywood movies with the Villain in a place of power and position exploiting the weak due to his control over law and legal professionals.

So crimes happen either because people want the justice they desired and did not receive or because they don’t worry about the repercussions of being caught or prosecuted.  The latest ‘encounter’ of the accused of the rape of the 27-year old veterinarian Priyanka Reddy in Hyderabad seems to be a great proof of people’s belief in the judicial system of the country.

The world celebrates Human Rights Day on 10th December every year, but the sad truth is that citizens of India are not even properly aware of their basic fundamental rights and duties which the Constitution of India bestows upon them. And even those aware of them carry little regard for them because it is believed that there is no one to ensure and protect them.

It is sad to know that the Supreme Court still operates for only 193 days, High Court 210 days and trial courts for 245 days out of 365 days in a year. Which does not seem to be properly able to compensate for the crime happening in the country every day?

Another problem that adds to this, is the insincerity or the ‘busy schedules’ of the judges which causes the case files to be filled with more and more further dates and the totality of the proceedings to be pushed forward indefinitely.

Conversing with a common man in India about his views on legal professionals and legal system, it feels as if the whole legal system has been playing the devil’s advocate and even though there have been legal gems like Advocate Lilly Thomas, Advocate Ram Jethmalani, Justice Chandrachud, Justice Lodha, and countless others have not only accepted the faults and mistakes within the judicial system and tried to provide their utmost towards upholding the principles of law and rights, people still remain negative.

It is important to bring a change in the judicial system but the most important thing is to change the attitude of the masses about the guardians of the law for people to take the concept of law and justice seriously and at least think twice before committing any crime. 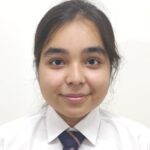