What is Contempt of Court?

Contempt of court is any behavior or wrongdoing that conflicts with or challenges the authority, integrity, and superiority of the court. These acts might include failure to comply with requests, witness tampering, withholding evidence, interruption of proceedings, or defying a court order. These wrongful acts may be committed by attorneys, officers of the court, court personnel, jurors, witnesses, protestors, or any party involved in a court proceeding.

Whereas the Criminal contempt arises out of both civil and criminal court of contempt. On the other side Criminal Proceeding related to something very serious in nature. Crime grievous in nature and role of intention plays a huge role whereas in the Civil Court of Contempt intention is important to identify.

As we recently celebrated our Nation’s Father Mahatma Gandhi’s 150th birthday. Every year we celebrate Bapu’s birthday full of enthusiasm but at the same time, it’s also important to trace back his history every time to keep us remember his sacrifices and contribution towards present India. As Gandhi also faced the Contempt Proceeding while he was defending Journalism. This shows that how he valued journalism (Freedom of Press) and ready to face offence of ‘Contempt of court’ against himself. In this case, Gandhi Ji as respondent defended the Freedom of the press. Gandhi and Mahadev Haribhai were editor and Publisher of the newspaper called- ‘YOUNG INDIA’ and, they published a letter which was written by the Judge Mr.B.C. Kennedy to Registrar of Bombay HC. As the court order has yet to come on the case of father and son where the son brought suit against the father. The court gave an order that the publication of the letter amounted to Contempt of the court. On the reasoning that if journalists thought that the son’s action was wrong then the journalist should support this by reason and justification. And also added that the principles which are quite familiar in England are imperfectly understood in India and the respondent paid more attention to Freedom of the Press than to the duties of Press (Journalist) that accompany them this Freedom and Liberty.

Constitutional Structure Behind it

We know and understand that every other thing is backed by the Constitutional Skeleton structure because in Legal Space we require the backing of something with something so comes the requirement of Basic Structure (On which Landmark Case Kesavananda Bharti evolved). Also, the Term – Grundnorm ( means –“Fundamental Norm”) was coined by the Jurist Hans Kelsen who defines Grundnorm as the fundamental norm, order, or rule that forms an underlying basis for a legal system.”

So here we are concerned with Basic Constitutional Skeleton structuring of Contempt of court which is described or backed by Article -129 and 215 of the Constitution of India Act.

Landmark Case of Contempt of Court

This case is related to journalism dispute. The “Shillong Times” published a report titled -“WHEN JUDGES’ JUDGES FOR THEMSELVES”, after Meghalaya High court’s order on Meghalaya State Guest Rule Act 1991 for retired judges. In this case “The High Court of Meghalaya has said the government should include spouse and children of retired judges for medical treatment and other facilities. The government is directed to revise the said rule as follows: ‘Retired judges’ spouse/children’. So, it means that they should include spouses and children for medical treatment. The Law Secretary is directed to revise the same as ordered above within a week the order said.”

Judgments of this case

In exercise of the power vested in us by Article 215 of the Constitution of India, we sentence both the contemnors to sit in the corner of the Courtroom till the rising of the Court and impose a fine of Rs. 2,00,000/- (Rupees two lakhs) in default of payment, both the contemnors will have to undergo 6(six) months simple imprisonment and the paper so-called “Shillong Times” will automatically come to an end (banned).

Critical Analysis of law on Contempt

It can be drawn out that the offence of Contempt of court enacted under the Contempt of Court Act 1981 requires new amendments and enactments under the Act as the law is evolving and dynamic. The phrase “no one above the law’ should be applied in the case of the Jury System also. As our Jury System also requires a watchdog to cover and maintain the process of Fairness, Due Process of Law, Article – 14 (Equality before law- Everybody is equal before the law.). Indian Judicial System requires a governing Statutory body to govern them as well as their decisions/order. whereas Article 19(1)gives Freedom of speech and expression to Indian citizen which can be used in any possible way provided their expression and speech is within the Constitutional limit. So, Contempt of court can be given positive look as well. 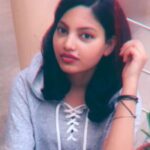 Kishlay is a very confident and skilled writer who can impress anyone with her articulated writing skills. Her hobbies include doing art and craft works. She is a very humble and friendly natured girl.

One Reply to “Is Contempt of Court against Fundamental Rights?”