“With a fast-moving pandemic, no one is safe, unless everyone is safe”

The virus has now spread over the globe, causing tremendous physical, financial, and social breakdown on every continent, nation, state, province, and individual. This terrible predicament has come from the spread of the catastrophic and disastrous corona-virus disease.

As future and current apparatus, medications, treatments, and science must be made available to the medical community, intellectual property regimes have become a concern not only in India but around the world. Normally, IPR holders are afforded exemption from third-party use of their intellectual property (‘IP’); but, the pandemic has created an unanticipated circumstance in which IPR holders may be forced even if temporarily, to allow third-parties to use their IPRs, such as patents or designs, for the public good.

The 1995 Trade-Related Aspects of Intellectual Property Rights (TRIPS) agreement is a major legal instrument that harmonizes intellectual property (IP) protection by putting binding responsibilities on member countries to provide a minimum level of IP protection and enforcement in their territories.

Developed countries, particularly the United States (US), campaigned hard for the TRIPS agreement, backed by their pharmaceutical trans-national businesses. Larger cross-border IP protection, which could be efficiently managed by a multilateral agreement, was thought to bring in higher rents for pharmaceutical companies in these nations. Developing countries, on the other hand, were not enthusiastic about a WTO deal on intellectual property.

The discussion over TRIPS’ effects on people’s right to health has continued since then. IP protection, according to proponents, encourages innovation and, as a result, should be strengthened through a network of national and international rules. Meanwhile, detractors contend that intellectual property rights, particularly patents, obstruct the introduction of affordable vaccinations and treatments in underdeveloped nations and deprive people access to healthcare.

Through this article we will try to understand the contemporary issue and why developing and under-developed nations are pushing for trips waiver. Further we will analyze the legal backing in TRIPS agreement which provides flexibilities in exceptional circumstances and if there already exist why at all a need for TRIPS waiver?

WHY PROPOSAL FOR WAIVER OF IPR?

As the globe grapples with Covid-19 today, the topic takes centre stage. The vaccines and other medicines developed to combat Covid-19 are subject to patent protection under the TRIPS agreement, presenting an unmistakable silver lining to the catastrophe. For the duration of the patent, the patent holders have the exclusive right to produce, market, and use the vaccine or medication for the entire term of patent protection of 20 years from the date of the filing of the patent.

The epidemic will be ended by the complete vaccination process, not by the vaccinations themselves, and the key is to ensure that it is universalized. The work is difficult because of rising concerns over vaccine nationalism, in which richer countries purchase vaccines for their populations ahead of others, thereby jeopardising the goal of giving two billion vaccine doses to poorer and less developed countries.

As a result, India and South Africa have proposed that the WTO’s TRIPS Council recommend to the General Council “a waiver from the implementation, application, and enforcement of” certain provisions of the TRIPS Agreement (waiving IP rights such as patents, copyright, and trademarks) for the prevention, containment, or treatment of COVID-19. For a limited period, WTO member nations will be relieved of their obligation to grant or enforce patents and other IP-related privileges for Covid-19 medications, vaccines, and other treatments if the waiver is approved. This will shield governments’ efforts to immunise their citizens from WTO claims of illegality.

According to Article IX.3 of the Marrakesh Agreement establishing the WTO (or the WTO Agreement) the Ministerial Conference may waive an obligation imposed on a WTO member nation by the WTO Agreement or any other multilateral trade agreement in “exceptional circumstances.” The same clause stipulates that three-quarters of the members must agree to such a waiver. According to Article IX.3 (b) if the request for a waiver relates to the multilateral trade agreements listed in Annexes 1A, 1B, or 1C, the request shall be made to the Council for Trade in Goods, Council for Trade in Services, and Council for TRIPS, respectively,

Furthermore, according to Article IX.4 of the WTO Agreement while issuing the waiver, the Ministerial Conference must identify the “exceptional circumstances” that support the decision, as well as the terms and conditions that will govern the waiver’s operation.

Patent holders’ rights may be evaded in specific instances under Article 31 of the TRIPS agreement. Member countries are given the authority to provide a licence to a party willing to commercialise a patent-protected invention without the approval of the patent holder. The proposed licensee must get a voluntary licence in a reasonable amount of time unless there is a “public emergency.” The government may provide a non-exclusive licence if the patent holder refuses to provide one. As a result, compulsory licencing, subject to other provisions of the TRIPS Agreement, allows generic drug companies to manufacture and market licenced products at a fraction of the price that patent holders would charge, because only the costs of manufacturing the drug must be recovered, not the costs of marketing it. Article 5 of the Doha Declarationconfirms that WTO Member States have the authority to determine the grounds for compulsory licencing, and that public health emergencies, such as those related to HIV/AIDS, tuberculosis, malaria, and other diseases, may constitute a national emergency or other situation of extreme urgency.

The Covid-19 global pandemic—the largest global health catastrophe in the last 100 years, killing millions of lives and wreaking unprecedented economic and social havoc—clearly qualifies as a “exceptional case” under Articles IX.3 and IX.4 of the WTO Agreement. If the pandemic spreads, countries will need to devise new strategies to not only enhance vaccine production but also assure timely and cost-effective delivery. In this instance, adhering to the TRIPS Agreement’s stringent IP standards may not be a practical option. A mutual waiver, similar to the one granted to the Kimberley Process, has a solid legal case to be presented.

WHY A WAIVER IF TRIPS FLEXIBILITY EXISTS?

The waiver and current TRIPS flexibilities are not mutually exclusive. The proposal for a waiver of some IP standards provides a fast, transparent, and automatic global solution that allows for continued collaboration in product development and scale-up, and that, when considered together, addresses the global dilemma that all countries face. TRIPS flexibilities, such as providing compulsory licences and reducing or abolishing exclusive privileges, should be used to defend public health in the future.

Those who oppose India and South Africa’s petition for a TRIPS waiver argue that the demand to suspend IP responsibilities is unnecessary because the TRIPS Agreement has many flexibilities that can be utilised to solve public health emergencies. However, assuming that this flexibility would be sufficient to manage all public health concerns, particularly one as massive as the present pandemic, would be erroneous. The utility of the same TRIPS versatility, such as compulsory licencing, is not the same for many nations. And underdeveloped countries that have the ability to employ compulsory licences to manufacture patented drugs are continually pressured not to do so by developed countries.

The General Council of the World Trade Organization (WTO) decided in August 2003 to suspend the obligations imposed by Articles 31(f) and 31(h) to allow countries to export medications made under compulsory licence to nations that lacked manufacturing capability. Finally, in 2005, the TRIPS agreement was revised to include Article 31 bis, which made the 2003 ruling permanent, and it went into effect on January 23, 2017. The fact that a waiver was required first, followed by a TRIPS Agreement change, demonstrates that the TRIPS flexibilities were insufficient to address all medicine shortage circumstances. As a result, TRIPS versatility is ruled out owing to the magnitude of the problem and the large demand for vaccines from all around the world.

The international community went out this year with a single purpose in mind: to put an end to the Covid-19 pandemic. This would only be conceivable if as many people as possible were vaccinated as quickly as possible over the world. Given the enormous demand, vaccine production must be considerably enhanced, as well as distribution to be more extensive and equitable. Given the magnitude of the problem, volunteer programmes like COVAX, which aim to speed up vaccine development and production, may not be sufficient. Although nations with manufacturing capacities may benefit from TRIPS flexibilities like as compulsory licences, this is not the case for countries without manufacturing capabilities, particularly LDCs in Africa and Asia. 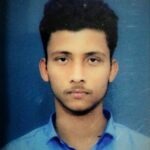 Prasun hails from Gujarat National Law University and he spends most of his time in researching and writing. His Interest areas are IPR, M&A and Competition Law. For any clarifications, feedback, and advice, you can reach us at editor@lawcirca.com

2 Replies to “INTELLECTUAL PROPERTY RIGHT: A BARRIER TO PUBLIC HEALTH?”