The ‘ease of doing business index’ was first launched by the World Bank. It is now released every year. The basic definition of ease of doing business index is that where higher rankings indicate better, usually simpler regulations for businesses and stronger protections of property rights. India has been ranked 63rd in the Ease of Doing Business index, 2020. India has jumped from 142nd to 63rd rank in the last six years. In 2014, India was ranked 142nd in this index. This inductor index is created from ten different parameters and India has improved its rank on 6 out of 10 parameters.

Many other policies, such as tax levied on the use of carbon-based fuel, are good steps for the businesses that use renewable energy. For promoting ‘Make in India’ policy. The government levies tax on imported goods which proved to be a good step for local production of the same goods. A high tax rate for the raw material helps to increase domestic production.

The government of India had started many programs for doing business in an easier way such as the Standup India, Startup India, Pradhan Mantri Mudra Yojana, I-MADE, e-Sanchit, Insolvency and Bankruptcy  Code, etc.

The Stand-up India program was first launched by the government of India on 5th April 2016 for the women and the SCs and STs (Scheduled Caste and Scheduled Tribes). In this scheme, banks provide alone between 10 lakh to 1 crore for the SCs, STs and the women to support them in setting up new enterprises in India. As per this program, each banks branch has to provide a loan between 10 lakh to 1 crore to at least one SC or ST and at least one woman for setting up Greenfield startups. This program is mainly used in the manufacturing and service sector and the trading sector.

The Central board of excise and customs (CBEC) has first launched the e-Sanchit on 20th October 2017 for paperless processing uploading of supporting documentation to facilitate foreign transactions. The single-window interface for trade (SWIFT) is built to interface with agencies and institutions, reduce wastage of time and reduce the cost of doing business in India. The Reducing cost of the business is good for doing business in India and because of this many foreign investors come to India for investment.

The Pradhan Mantri Mudra Yojana was first launched on 8 April 2015. The Government has planned to provide fund for those who were not earlier getting the benefit and because of this many startups to have come informal financial system and extending affordable credit

The Pradhan Mantri Mudra Yojana allows a small borrower to borrow from all Public Sector Banks, Private Sector Banks, Foreign Banks, Micro Finance Institutions(MFI) and non Banking Finance Companies for a loan up to ₹10 lakh. Any Indian citizen, who has a business plan for either non-farming sector or income-generating activity or manufacturing or processing or trading or service sector and whose credit need is less than ₹10 lakh, is eligible under Pradhan Mantri Mudra Yojana.

PROBLEMS AND CONS OF POLICIES

The Indian government’s policy had a good effect on the market and made it easier to do business in India. But every policy has some pros and cons.

The government started many programs and policies like startup India, standup India, make in India, FDI, FII, SWIFT, etc. This program has a good effect on the Indian market and foreign investors come to India for investment and also, many small Startups come in the market for investment. The government faces many problems with imposing policies and every policy has some problems and cons. One of the biggest problems is corruption. Corruption has been creating problems for the government for implementing policies.

In the Startup India campaign where many people had started new enterprises on the name of a woman and taken a loan from banks and after taking a loan women to have not any active movement in that startup. In India, almost all the work is done with corruption. (Source to make this assertion?) In every department of government, corruption has its seat. In the Startup India campaign, where many sail companies or sail startups come in transition, which makes a lot of corruption. After taking a loan from banks, the sail startup goes out from the page and Banks faces loss. Many times Investors have faced the problem of corruption for taking a loan from banks. Many investors depend on gut-feel rather than a costly market. Investors did not do good research when planning a plan for Startup. Lack of resources price: many investors do not take profit from government policies. These investors were not good in the Indian ecosystem market and they became bankrupt. Also, they do not know about the policies made for them. and had not exited the market. The highlighted statements in blue are unclear India lacks a long term startup roadmap. Economic Liberalization is quite new to India and the government looks to keep the road map on the bank burner. India has not good policies for long term business because of this many foreign investors are afraid of investing in the Indian market. The Indian business ecosystem has not fully developed but a lot of technical ventures come in front of the entrepreneur. The enterprise does not know the technical venture and which is a big problem for the Indian economy.

PROVISIONS IN OTHER COUNTRIES 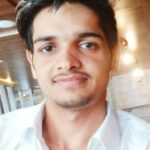 Vikas hails from National University of Study and Research in Law, Ranchi and he spends most of his time in researching and writing. His Interest area law and policy. For any clarifications, feedback, and advice, you can reach us at editor@lawcirca.com