The Reserve Bank of India passed a notification banning the use of Cryptocurrencies by authorities and entities regulated by it. All the banks had to stop the use of virtual money in their transactions. But this ban has not banned the entire use of cryptocurrency as it does not provide a penalty for using cryptocurrency, but a person cannot hold the same either. This has not only left the usage of cryptocurrency unregulated but has rather increased its usage.

Post the Reserve Bank of India ban on dealing in Virtual Currency, the Finance Ministry proposed legislation that prohibits the use of cryptocurrency in India. This Bill was called “Banning of Cryptocurrency & Regulation of Official Digital Currency Bill, 2019” (hereinafter called “The Bill”). This Bill was drafted by an inter-ministerial committee chaired by Subhash Chandra Garg, secretary of the Department of Economic Affairs under the Finance Ministry. The Ministry confirmed that it was essential to propose a suitable model of virtual currency which would be regulated by the Reserve Bank of India. The Bill states that cryptocurrencies shall not be used as a legal tender or currency at any place in India and also provides penalties for the use of cryptocurrency with a fine or imprisonment of one to ten years. Even though the Bill bans cryptocurrency, there is also a promotion for using blockchain technology to form an efficient financial system. The ban of cryptocurrency can be viewed from the impacts of the same in the economy as well as the environment.

The Reserve Bank of India Notification did not define what a virtual currency or cryptocurrency is. It did not provide clarity on the various forms that a cryptocurrency can be used in and restricted its scope to only its currency form. Section 2(1)(a) of the Bill defines Cryptocurrency “by whatever name called, means any information or code or number or token not being part of any Official Digital Currency, generated through cryptographic means or otherwise, providing a digital representation of value which is exchanged with or without consideration, with the promise or representation of having an inherent value in any business activity which may involve risk of loss or an expectation of profits or income, or functions as a store of value or a unit of account and includes its use in any financial transaction or investment, but not limited to, investment schemes.” The definition includes the whole nomenclature revolving around cryptocurrencies and the use of the same in any business activity. The inherent issue with cryptocurrency is that it has no proper definition. It can be used as virtual money, commodity, a virtual financial asset and distributor ledger assets. It can also be embodied as a security where the case in point is an Initial Coin Offering. In an Initial Public Offering, the person has to take a token by foreseeing that they will gain some monetary value as an end product.

Why is Cryptocurrency banned in India?

The primary contention against Cryptocurrency is that it is an extremely volatile commodity. The system of cryptocurrencies is a decentralised system with no central authority regulating it. The alternative currency will undermine the value of the existing currency and payment system. It does not have a stable denomination as what currency has and does not have any base currency. Thus it lacks all attributes of being a currency and the transactions are irreversible. This also affects the cross-border transactions as it can violate limits on the inflow and outflow of money. There are no prior requirements to invest the money like how it is necessary to invest in a stock which reduces the ability to regulate the same.

The use of cryptocurrency is demand-based which determines the scalability of the cryptocurrency and the medium of exchange value. This is dependant on the technological and behavioural changes in the market. The consumers who invest in a cryptocurrency can be defrauded if they lose access to their currency wallet to miners who collude to fork a currency or breach the system to benefit themselves. Forking is a process where a person brings an upgrade in the software to benefit themselves to encroach the savings of another person who loses the same permanently. It is additionally difficult to track the people who breach the security with law enforcement as the level of anonymity is high.

The reason why it is fear-mongering around the concept of cryptocurrency is that there is no accountability. Since it is a decentralised system, there is no one to hold liable for the illegal acts that may happen. The consumers use the currency at their own risk and there is no one to complain to in case their accounts have been hacked. The ability to hold someone accountable is harder in cross- border transactions where you don’t know whose jurisdiction the cause of action falls under. This leads to cryptocurrency being highly autonomous outside the purview of regulating authorities like the Reserve Bank of India.

Crypto-mining is the process where the miners produce currency through energy-intensive processes which require extensive computing resources. The miners seek low-cost electricity to maximise profits which create environmental hazards and impact the other communities. As the competition among miners increases due to the entry of more miners, the difficulty of the algorithms to create blockchains increases to prevent inflation and discourage monopolies. This increases the requirement of energy to solve the renewing computational algorithms and if the cost of energy increases and exceeds the profits from the currency gained, there is no incentive to continue mining which leads to a sunk cost on the environment and the infrastructure is undermined. Even though cryptocurrency is banned in China, it has the highest amount of crypto-mining production which can potentially impact the global cryptocurrency market. By the end of 2018, the mining farms consumed 0.05% of the world’s energy which superseded the net power consumption of entire nations such as Ireland and Austria. Thus the diversion of energy can lead to unfavourable long-term economic consequences. In India, where the country is power-starved, crypto-currency will absorb a lot of energy leading to detrimental effects in the country.

Impact of the ban of Cryptocurrency on the Economy

Cryptocurrency would ensure that there is no brain drain in India where the human resources migrate to cryptocurrency-friendly countries leaving India with no leading expertise in cryptocurrencies. It would inhibit new applications and solutions from being deployed and would discourage technological start-ups. The new foreign venture capital investments into Indian startups may also reduce, limiting the innovation in technology. This may affect employment as hundreds of jobs will be lost to such transfers.

Blockchain technology is still something that the Bill promotes even though it bans cryptocurrency. Blockchain Technology would ensure that there is a decentralised ledger where every person who has a Letter of Credit to be in the blockchain receives a message or notification when there is a transaction. This ensures a strict recording of the transactions even if they are irreversible. This eliminates the need for a centralised system and the blockchain technology is a self-regulating model. It also reduces the intermediaries in the market and keeps all transactions under check and hence reduces scams (like the GainBitcoin scam). Thus, blockchain technology is beneficial to India not only in financial areas but also in non-financial areas like the land revenue system and in areas of trade financing. It also lowers the costs of personal identification for ‘Know Your Customer’ (KYC) related issues and improves access to credit.

How can cryptocurrency be regulated?

The regulations have to ensure compliance regarding the protection of KYC details and enforce stringent measures to report suspicious transactions and money laundering. It has to ensure that there are accountability and transparency and a degree of uniformity in the cryptocurrency exchanges. It must formulate mechanisms to ensure the protection of consumer’s interests and wealth by ensuring there is an authority to approach regarding grievances. With regard to cross- border transactions there can be regulation at the points of entry and exit.

In a country like India, an outright ban on cryptocurrency is not going to solve the problems that cryptocurrency poses. At the same time, being indifferent to the problem is not going to make the situation better either. The Government must accept these challenges and find methods to regulate the same. On its regulation, benefits will not only be felt by consumers but also start-ups, thus increasing foreign investment. Efficient use of the blockchain technology will not only provide incentives but also regulate the use of energy for the same. Thus cryptocurrency has to be regulated in India to extract the advantages it possesses. 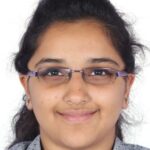 Priyadarshini hails from Christ University, Bangalore and she spends most of her time in debating, dancing and reading. Her Interest area lies in constitutional law and administrative law. For any clarifications, feedback, and advice, you can reach her at editor@lawcirca.com

One Reply to “Impacts of the Cryptocurrency ban in India”