One of the salient features of RERA is the requirement of registration of the real estate project with the Real Estate Regulatory Authority (of the respective state) . Section 4 of RERA says that every ‘Promoter’ needs to make an application to the Real Estate Regulatory Authority of their respective States for the registration of a real estate project that they seek to develop. Where the real estate project is to be developed in phases, every such phase shall be considered as an independent or free-standing individual project. All of the phases will thus be required to be separately registered.

RERA defines ‘Promoter’ as an entity in any of the following natures:

What is a ‘Real Estate Project’?

The terms “apartment” and “building” as used in the aforesaid definition are defined under the Act to not only cover residential projects but also commercial projects.

Prior to the registration of the project, no promoter is allowed to advertise, market, sell or make an offer for sale, booking, or invite people to purchase any plot/building/unit/apartment in a real estate project. The projects that have already received their completion and occupancy certificate prior to the commencement of this act need not be registered.

Registration is not required for projects where the land area proposed to be developed does not exceed 500 sq meters or the number of apartments proposed to be developed does not exceed eight. The procedure for the application of registration is given under section 4 of the RERA. Every promoter must make an application to the RERA authority (of the respective state) for registration of their projects and shall submit the necessary documents along with prescribed fee in accordance with section 4 of RERA.

If the authority is satisfied that the application is made in line with and without violation of any provision of this Act or the rules and regulations made thereunder, it shall grant registration to such project and shall provide a registration number to the promoter for such project along with a login I.D and a password for accessing the website of the authority and to create its own web page and fill all the necessary details pertaining to the project in concern

The authority is also given the power to reject the application. The reason for rejection of such an application must be recorded in writing . Mostly, the reason is that such application does not conform to the provisions of RERA or the rules and regulations made thereunder. However, an application can only be turned down by the authority after having given a chance or an opportunity to the promoter to be heard.

If the authority fails to respond within 30 days by granting or rejecting such an application, as the case may be, registration of the project for which application was made shall be deemed to be granted and the authority shall have to provide (within a period of 7 days from the expiry of the prescribed 30 days to give a decision) a registration number along with the  login i.d. and the password to the promoter of such a project for accessing the website of the authority and creating its own web page with the necessary details.

The registration granted shall be valid for a period declared by the Promoter for completion of the real estate project or phase thereof as submitted in the affidavit along with the application for registration.

The registration granted by the Authority may be extended by it upon receipt of application from the Promoter along with the prescribed fee  in the following circumstances:

RERA is the umbrella Act that governs the Real Estate sector through and through. It has strict compliance rules which should be met with and abided by all the promoters seeking to develop a real estate project. If any act is performed or there is any omission on the part of the promoter to perform an act, which is violative of or not in conformity with the provisions of RERA or the rules and regulations made thereunder, the registration granted to a project may be revoked by the authority. The authority may, on the receipt of a complaint or suo motu, revoke a registration already granted but before such revocation a thirty (30) days notice  must be given to the promoter of such real estate project intimating him of the grounds on the basis of which the revocation is being revoked and provide the promoter a chance to  clarify or give his reasons as to why the registration should not be revoked.

Grounds on which registration may be revoked

Following are the grounds upon which a registration for a real estate project may be revoked:

Consequences of revocation of registration

In this case the customer, Suresh Swamy filed a complaint against the promoter, L & T Ltd. before the Real Estate Regulatory Authority. The promoter had failed to hand over the possession of the property to the allottee/home buyer on the date mentioned in the affidavit provided at the time of registration of the project (Under Section 4) . The customer complained that the promoters were earning interests on the deposits made by the allottee and he was unfairly deprived of both his money as well as the promised property.

The parties had agreed that the date of delivery of possession would be in the month of September 2017. The project received a certificate of occupancy in December 2018. There was a revised date of completion of the project which was December 2018. The question that arose in this matter was whether the Real Estate Regulatory Authority lost its jurisdiction on the date that the promoter obtained the occupancy certificate and whether their jurisdiction was coextensive with the period of registration of the project.

The authority in resolving the current issue considered the provisions of section 5(3) of RERA. The registration of a project shall be valid in line with the duration which the promoter has mentioned in the affidavit and the date declared as the time of completion of such a project.

The defendants contended that once the registration of the project lapses on attaining the occupancy certificate, the RERA authority loses its ambit of jurisdiction for such a project.

The court held that , since RERA remains silent upon the consequences of  receiving the occupancy certificate , it would be erroneous to conclude that the Real Estate Regulatory Authority loses its jurisdictions. 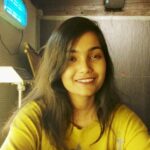 2 Replies to “Grant, extension and revocation of registration under Real Estate (Regulation and Development) Act, 2016 (RERA)”