5G is the latest infinity stone in the gauntlet of cellular networks attained after the fifth incarnation of the original 1G network of the 1970s. This 5G which is potent of high resolution and bi-directional large bandwidth shaping is allegedly fifty times faster than its predecessor the 4G network, promising the peak data speed to be in the range of 2-20 gigabit per second.  While countries like South Korea and America have started rolling out 5G commercial services, in India 5G is still entangled in the crosshairs of geopolitics between embracing Huawei or the other Chinese network providers of 5G and salvaging the political relationship with the United States. Nevertheless, Telecom minister Mr. Prasad, in his first address, said that the Government intends to start the trials by mid-September 2019.

Fifth-generation wireless (5G) is the youngest child of cellular technology, engineered to greatly increase the speed and responsiveness of wireless networks. With 5G, data transmitted over wireless broadband connections could travel at rates as high as 20 Gbps by some estimates — exceeding wireline network speeds — as well as offer latency of 1 millisecond or lower for uses that require real-time feedback. 5G will also enable a sharp increase in the amount of data transmitted over wireless systems due to more available bandwidth and advanced antenna technology[1]. It is a software-defined network- it doesn’t mean that it would replace cables entirely but rather replace the need for them by operating largely on a cloud which will further dramatically improve internet speed. It’s not just the internet capacity that will be upgraded, response times will also be much faster. For instance, the 4G network responds to our commands in just under 50 milliseconds but 5G will take around 1 millisecond i.e., 400 times faster than a blink of an eye. Smartphone users will enjoy a more streamlined experience but for a world that is increasingly dependent on the internet just through function, reduction and time delay is critical. Self-driving cars, for example, require a continuous stream of data. The quicker that information is delivered to autonomous vehicles, the better and safer, they can run.

In India, just like most of the other countries in the world, the cellular bands are sold to the network providers through the auction of spectrum. These spectrum bands range from 800 MHz to 2300 MHz.The companies buying these spectrum bands need to fulfill the compliances under Section 11 of the Telecom Regulatory Authority of India Act, 1997 which gives TRAI immense regulatory powers over the service providers. Also, Section 12 empowers TRAI to conduct investigations and call for information from the service providers. The authority under Section 13 can also issue directions to such network providers, compliance of which is mandatory.[2]

Apart from the primary use of providing superspeed access to first-hand internet users, 5G would go beyond the boundaries of customer satisfaction contributing to the service of nation-building. It is expected to form the backbone of the new-age technologies such as the Internet of Things, artificial intelligence, machine to machine conversation, etc. Many analysts predict how 5G could become the connective tissue for the internet of things and industry that is said to grow threefold by 2025 linking and controlling not just robots but also medical devices, industrial equipment, agricultural machinery and also provide a much more personalized web experience using the technique called network slicing allowing users to create their bespoke network through a separate wireless network on the cloud. The establishment of a fully-fledged 5G network would open an overwhelming opportunity in the touched and untouched sectors of:

The advent of the fifth-generation network will have a profound impact on the economic performance and GDP of the nation. The 5G services are expected to make a financial impact worth $1 trillion in India by the end of 2035, not only restricting itself to the telecom sector, but the advent of 5G will also boost the other associated industries such as healthcare, automobile, artificial intelligence, education, etc. Equipment—maker Ericsson in its report told that 5G-enabled digitalization revenue in India would be more than $ 27 million in 2026.

The spectrum auctions act as revenue generators for the government and the last auction held in October 2016 resulted in an influx of around ₹ 65000 crores for the government. However, it was only 40% of the total spectrum, 60% remained unsold.[3] The reserve price as suggested by the regulator is set at ₹ 492 crores for the 3300-3600 MHz band range. However, these rates have been criticized by the network providers like Bharti Airtel and Vodafone-Idea.

For 5G to be successful, it is necessary to make sure that the infrastructure is not under-supplied. The current level of optic fibre cable spread which is 1.5 million kilometres needs to be increased fivefold by 2022.[4] Now, since BSNL has the largest optic fibre cable footprint in India (nearly 8 lakh kilometres), the big private players like Airtel, Jio and Vodafone-Idea should utilize BSNL’s assets rather than installing their own. This would not only save them a fortune but also provide some extra income for the already debt-ridden BSNL[5]. All such direct physical investments are expected to increase the employment opportunities, increase in the standard of living by the use of artificial intelligence, and enhanced technologies, this will also foster the growth of national income. India is expected to have a whopping total of 70 million 5G network users in the next 6 years.

The Indian telecom operators already burdened under debt and running on losses have shown discontent towards the spectrum rates provided by the TRAI. Companies like Bharti Airtel, Vodafone-Idea even went to the extent of saying that the companies won’t be a part of the auction if the base prices are not slashed. Now as per the TRAI guidelines, allotment of the spectrum is capped based on market share and since Airtel and Vodafone-Idea own more than 50%of the cellular market share, TRAI should look into the come out with revamped base prices. To make 5G a success a committee was constituted with Prof. A.J. Paulraj as its head. The committee gave a large range of recommendations on spectrum policy, application standards, infrastructure, etc. It also says that the cost of the spectrum in India as compared to other countries is higher.[6] TRAI, however, is adamant on its stand and is unwilling to reduce the spectrum prices.

It is a fact that 5G is inevitable but it is also imperative to address the problems of the service providers in India. Since the key players including Bharti Airtel and Vodafone-Idea have shown dissatisfaction with the current spectrum prices, and also the steering committee has mentioned the global pricing discrepancies, TRAI should review and propose a mutually acceptable arrangement. The result would no doubt financially upset the department but it would also provide the much-needed boost to service providers also we can expect a larger band-portion to be sold at lower base prices. BSNL should also be asked to share its extensive fibre cable network with other players in the markets as this would result in an enhanced synergy.

The government should also find ways to mitigate the health hazards which the 5G brings with it. This low-latency and high-efficiency technology pose a great threat to nature and human health. Since the input-output rate in 5G is extremely high, a large number of wireless antennas would have to be installed. This will profoundly increase the RFR (Radio Frequency Radiation). Some of the distressing effects of high RFR are:[7]

All these concerns cannot be neglected and have to be handled diligently.

However, for key industrial areas, it is predicted that the technology will be adopted quickly, while for many rural areas 5G may be a long way off. But when 5G does establish itself and fulfill its supposed potential it will change how we live our lives.[8] With the wireless network replacing the current system of phone lines and cables, it may not happen overnight, but 5G is coming.

Siddharth is an avid reader and he can make people comprehend things easily through his crisp writing skills. He is a student of an esteemed Rajiv Gandhi National Law University and a national level quizzer. His interest not only restrict to literary works but also he likes to play Badminton. For any clarifications, feedback, and advice, you can reach him at jain.sid321@outlook.com 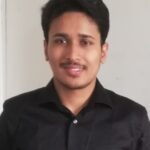 Neelesh is an eloquent writer from an esteemed Rajiv Gandi National Law University. His hobbies include sketching, caricatures, graffiti and playing chess.