Whether it is corporate or criminal or anything else, every law in the world must be enforced by somebody or an authority. In most cases, there are courts and judges or tribunals like the NCLT in many cases. In intellectual property laws, the Indian Patent Office is administered primarily by the Controller General of Patents, Designs, and Trademarks. It governs the patent, trademark, design laws in India.

The Indian Patent Act of 1970 is the law that governs patents in India. It caters to all issues arising out of patents, including which patents fall under patentable inventions or not, registration of patents, and others. Along with that, it also caters to the powers of the Controller.  Chapter XV of the Act deals with the management of the Controller. Section 73 of the Act deals with the appointment of the Controller of Patents. Clause 2 of Section 73 lays down that the Central government has the power to appoint as many examiners and officers as they deem fit for the designation.

Section 77 of the Patent Act 1970 lays down the Controller’s powers, which are that of the civil court. Section 77(1) states that under this act’s provisions, the Controller will have a civil court’s capabilities. This will be in cases in which the suit is being tried under the Code of Civil Procedure. Certain specific matters have also been stipulated in which that happens.  They are as listed below.

The second clause of this provision, Section 77(2), states that this applies to any other order, which is for costs awarded by the Controller. This is with keeping in mind the powers conferred to him under sub-clause 1. Further, it will be executable as a decree of the civil court. Thus it can be concluded and stated that the Controller has powers similar to that of a civil court regarding the matters that have been stipulated. This was noted in a recent case decided by the Calcutta High Court, Natco Pharma Ltd vs. Union Of India & Ors.

Section 78(2) lays down how the correction to the clerical errors can be done. They have been listed as follows:

Suppose the Controller decides to correct in any other way than the one made in pursuance of a request. In that case, he has to notice the said proposal to the concerned patentee or the applicant who is making the patent application. The notice can also be given to any other person who is concerned with the same. Further, he will be allowed to be heard before making any corrections.

Under Section 78(4) it is stated that in cases where a request is made for any correction of an error in a patent or any document which has been filled in pursuance of an application, and further it seems that the correction which is to be made by the Controller would change the meaning or scope of the document, it should not be made without the notice being given to the persons affected. Further, the concerned person will also need to notice the proposed correction, which has to be published in a prescribed manner.

The last clause of this section, Section 78(5), states that within the prescribed period as mentioned after the publication, the concerned person may notice the Controller, which opposes the request. Further, the Controller will give the notice to the person by whom the request was made. Lastly, the Controller shall provide the concerned person and the opponent an opportunity to be heard and present their case before deciding the case. The importance of this section was laid down in numerous instances, one of them being Ntt Docomo Inc vs. The Assistant Controller.

Section 80 of the Act goes on to state that, even though it states that any party should be heard without any prejudice, the Controller using the discretionary power may be given any applicant of a patent or any other party and opportunity to be heard before any additional discretion is used adversely which is vested in the Controller.  However, there lies a condition that any such party who wants to be heard has to request the same, to the Controller at least ten days in advance of the prescribed time limit expiry. The fact the party must be heard was also stated in Michigan State University vs. The Assistant Controller.

The last aspect which must be dealt with in this discussion is how the evidence has to be given. This is laid under Section 79 of the Patent Act 1970.  An affidavit must provide the evidence in this respect when there is an absence of directions given by the Controller. However, in the cases in which the Controller deems fit, he may take oral evidence along with the affidavit. Lastly, the Controller may allow any party to be cross-examined based on t affidavit’s contents. The filing of an affidavit it an essential step in the producing of evidence, which was also stated in the case of The Regents Of The University  of California vs. Union Of India & Ors.

Cross-examination has always been an integral part of the natural justice system. Hence, its importance is equal in this scenario as well as laid down under Section 79. This was also emphasized in the case of Onyx Therapeutics, Inc. vs. Union Of India & Ors.

These provisions, as mentioned earlier in totality, talk about the powers of the Controller. 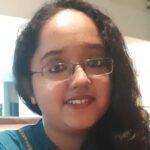 Nayantara has incredible writing skills and you will never miss a flow in her writings. Her favourite leisure activity is reading. She is also a very humble person. In other words, she is as bright as a new penny. For any clarifications, feedback, and advice, you can reach us at editor@lawcirca.com