The policy does not require any issue on the part of the legislature about bonafide or malafide purpose. If the government is sufficiently qualified to pass a specific law, then whatever reason impels it to act is meaningless. Colourable legislation, i.e. doing something indirectly which can not be done directly. The idea that the judiciary (usually associated with the state legislature) does not have the power to make legislation on a particular aspect is important but renders it implicitly. Colourable legislation theory says, “Whatever the government is unable to do directly, it can not do indirectly.” The fate of the impugned law is determined by applying this theory. This was provided by Article 246, which demarcated parliamentary and state assemblies legislative authority by specifying the various subjects in List I for the Union, List II for the State and List III for both, as set out in the seventh schedule to the Constitution of India.

In India ‘ colourable legislation theory ‘ implies only a restriction of the legislature’s law-making power. While the government purports to act within its authority, it appears to realize but in fact, it has transgressed certain powers. So, the doctrine becomes valid whenever a statute tries to do what it can not do specifically in an indirect manner. In India parliamentary and state legislatures, legislative powers are delegated by Article 246 and allocated in the Seventh Schedule of the Indian Constitution by lists I, II, and III. Parliament has the power to legislate on any of the List II matters, and Parliament and the State Legislatures both have the power to make laws on any of the List III matters, and the residual power of regulation is vested on Parliament by way of Article 248 and Article 97, List I. It is a matter of how legislative power must be exercised between the Center and the States, or it relies only on the relationships between them, to create some legislation or the legitimacy of that rule. The main point is that the government with punitive authority can not invade the field of competency. It’s called the “constitution scam.”

To understand this concept in a much better way, one of the most cogent and lucid explanations relating to this doctrine was given in the following case:

K.C. Gajapati Narayana Deo And Other v. The State Of Orissa

If the Constitution of a State distributes the legislative powers amongst different bodies, which have to act within their respective spheres marked out by specific legislative entries, or if there are limitations on the legislative authority in the shape of fundamental rights, questions do arise as to whether the legislature in a particular case has or has not, in respect to the subject-matter of the statute or in the method of enacting it, transgressed the limits of its constitutional powers.

If the rule is resolved that no malafides could be applied to the Government, the first respondent does not argue that the provision was enacted only to prosecute the first respondent. It is not necessary to accuse the government as an individual of having passed a law for a foreign reason. Therefore, the legislation could not be attributed to any malafides. A legislature does not operate on outside thought. But a legislative action based on mala fide can not be struck down for lack of legal integrity or for being unreasonable.

The CJ granted legislative competence and stated that it is not sufficient to merely declare that the court’s decision will not bind as it is equivalent to reversing the decision in the usage of judicial power which the legislature does not possess. A court’s decision should always bind in all situations unless the conditions are fundamentally altered. Therefore, it is accepted that when the premise of the decision is genuinely changed by the legislature then there is no case of exercise of judicial power by the legislature.

State of Bihar Vs. Kameshwar Singh

It is the only case where a statute based on colourable legislation has been declared invalid. In this case, the Bihar Land Reforms Act, 1950 was held unconstitutional on the ground that although it ostensibly purported to lay down the principle of compensation, it did not lay down any such principle and therefore implicitly attempted to deprive the petitioner of any compensation.

In conclusion, when the legislature had the power to legislate on any issue, it had all the ancillary and incidental power to make the law efficient. So, the colourable legislation is needed to fix the legislative accountability with references to some modifications in legislative functions.

When the issue of validity was taken to the Supreme Court in this case, it was held that it was not for the court to supply the omission and the legislature just overruled the decision of the court without changing the premise of the decision. It was pointed out that article 141 which made the Supreme court judgment binding on all the courts in India, the legislature could not say that declaration of law by the court was imprecise, invalid or ineffective either as a precedent or between the parties.

The Madras Government attempted to reassess certain theatre owners concerning escaped entertainment tax. It was held by the Madras High Court that the Madras Entertainment Tax Act 1939 did not authorize a reassessment. This act having been struck down by the High Court then the matter was taken in appeal to the SC by the state of Tamil Nadu. It was observed that the effect of this provision was to overrule the decision of Madras High Court and not to change the law retrospectively.

Laws can be called colourable when a body that has no power to legislate constructs laws that mask it in such a manner that it seems to fall within its remit. The point is that the legislature can not implicitly overstep the domain of its competence. Such an example is a simple procedural crime. In other words, it is the content of the statute that is substantive and not just the structure or outward appearance, and it is difficult to save it from criticism if the subject matter, in essence, is beyond the authority of the legislature to legislate on how the legislation is garbed. By using indirect methods the government can not infringe the legislative prohibitions.

The bill has raised a question about the legislature’s ability to pass a specific law. Yet there is a need for such vibrant law in a country like India, and is the legislature legally bound to be responsible for it? It was never meant for this by the framers in the Indian constitution, but whereas now the legislature runs out of its duties for a few days and makes some unnecessarily unethical action. So we need to change the legislative system. India will hold an effective, corruption-free legislative system. Past changes should be made side by side to provide for public oversight and to strengthen the State Auditor General’s authority. Finally, it is noted that a tendency to create legislative responsibility may be the ideology of colourful legislation. There is a lack of provision in the constitution of federal countries such as Canada for parliamentary responsibility, but thereafter different enactments are made as legislative accountability problems arise. Therefore, to address legislative transparency for some improvements in the legislative system, colourable legislation is required. 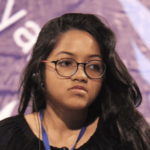 Shrishti is a passionate debater and a traveller. Her interest area revolves around human rights law and constitutional law and public policy. She hails from the Institute of Law, Nirma University. For any clarifications, feedback, and advice, you can reach us editor@lawcirca.com