The Real Estate Regulatory Authority, is the administrative wing of the authority established under the RERA Act, is assisted in its functions by the Central Advisory Council (CAC) and the Appellate Tribunal. The latter two shall be the subject of this article.

The primary role of the CAC is that of an advisory body. This advisory body is tasked with the function of finding more effective means to ensure the efficient implementation of the RERA.

Composition of the Council

The council is composed of a chairman and other members.  The Housing Minister of India is the ex officio chairman of the council.

The other members include representatives from the following departments-

Functions of the Council

The Central Advisory Council is a purely advisory body, having no administrative functions, which has been established to recommend how the Act can be better implemented in reality. The main objectives of the council can, therefore, be categorized as being the following,

Analysis of the effectiveness of the Council

The Central Advisory Council is tasked with the important task of anticipating and increasing the efficiency of the implementation of the RERA. More importantly, the council must work towards increasing the health of the real estate sector, an important contributor to the GDP of the country. While it has set to do so, the following areas must be carefully looked into to propel this council to make an impactful change,

Keeping up the Federal Spirit

To increase the effectiveness of this council, representation of all the States is essential, so as to also avoid leaving behind any area. As it stands, the council is represented by 5 states which are selected on a rotational basis. This takes away the opportunity of the rest of the states to voice their opinions. The representation should not only include those States which are already faring well in the real estate sector but also those States which are not faring that well in the real estate business but do have the potential. The representation of the States should thus be extended to 10-15 States at the least.

Environmental concerns should well be represented on the CAC as consumer interests are not limited to only to money in real estate. The interest of the consumers also lies in environmentally sustainable models which need to be followed by the real estate promoters as well. This will also encourage promoters to go green and use green alternatives while undertaking such projects as the CAC may help in highlighting the best practices in real estate projects. It will thus benefit both the promoters and the consumers.

Lesser departmentalization of the CAC

It is important the CAC is not reduced to just another department of the Government which has lesser powers and is acting as a toothless tiger.

To prevent the RERA in turning into a ‘paper tiger’, it is important that the meetings are more regular. This will prevent further dilutions to the RERA as well. The last meeting was concluded on May 18, 2018[3]. It thus becomes important that rules be made to make the meetings compulsory at least once a year. Representations only work when there is regular interaction.

Establishment of the Tribunal

This has been provided under Section 43 of the Act. The appropriate Government is to establish this within 1 year of the commencement of the Act through an official notification.

The Appropriate Government also has the powers to set up benches for various jurisdictions within the concerned States and Union Territories if such a need arises.

These benches need to have 1 judicial member and 1 Administrative/Technical member.

Single Appellate Tribunal for two or more States or Union Territories can also be established under the Act as well. Till the establishment of such tribunal, the designated tribunal may hear the cases and once the same has been established, all the pending cases will stand transferred to the newly established common Tribunal.

The application is to be filed within 60 days from the said order or direction by the Real Estate Regulatory Authority. If sufficient reason for the delay in presenting the appeal exists, the time limit may be extended. Once the application is accepted, both sides are to be heard and the cases have to be dealt expeditiously (within the 60 day period from the date of receipt of the application of appeal).

Power of the Tribunal to call for records

The Appellate Tribunal has the power to call for records of the Authority to duly depose the appeals.

Composition and qualification of the said members of the Tribunal

There is to be one Chairperson and two members: 1) Judicial Member and 2) Technical Members. They are to be duly appointed by the Appropriate Government.

Qualifications of the Chairperson

She/he has been a Judge of any High Court. She/he is to be duly appointed after consultations with the Chief Justice of the High Court or his/her nominee.

She/he has held a judicial office in the territory of India for 15 years or,

She/he has been a member of the Indian Legal Service and has held the post of Additional Secretary of that service or any equivalent post or,

She/he has been an advocate for at least 20 years with experience in dealing with real estate matters.

She/he is a person who is well-versed in the field of urban development, housing, real estate development, infrastructure, economics, planning, law, commerce, accountancy, industry, management, public affairs or administration and possesses experience of at least twenty years in the field or,

Who has held the post in the Central Government or,

A State Government equivalent to the post of Additional Secretary to the Government of India or,

The Judicial Members and Technical or Administrative Members of the Appellate Tribunal are appointed by the appropriate Government on the recommendations of a Selection Committee consisting of the Chief Justice of the High Court or his nominee, the Secretary of the Department handling Housing and the Law Secretary.

The Act also provides for other provisions like the term of office of the Chairperson and the members of the Tribunal, vacancies, removal of the members and the restrictions which have been imposed after cessation of the office in the Appellate Tribunal.

Powers of the Tribunal[4]

– The Tribunal is not bound by the strict procedures provided by the Code of Civil Procedure, 1908 and the Indian Evidence Act, 1872. It is to be guided by the principles of natural justice. It also has the power to regulate its own procedures.

For discharging of the functions under this Act, powers of the Civil Court are entrusted in the Tribunal. This will include the following-

(a) summoning and enforcing the attendance of any person and examining him on oath;

(b) requiring the discovery and production of documents;

(d) issuing commissions for the examinations of witnesses or documents;

(f) dismissing an application for default or directing it ex parte; and

(g) any other matter which may be prescribed.

Chairperson has administrative powers under the Act[5]- He has been provided powers of general superintendence and direction while she/he conducts the affairs of the Appellate Tribunal.

All the orders passed by the Tribunal are to be executed as a decree of a Civil Court[6]. In this case, all the powers under Order XXIII of the Code of Civil Procedure, 1908 can be followed as the Tribunal has been given powers of a civil court.

In the end, all the appeals from the Appellate Tribunal lay before the High Court of the respective States. This is to be done within 60 days from the communication of the decision or order of the Appellate on any of the grounds provided under Section 100 of the Code of Civil Procedure, 1908. If the decision has been given with the consent of the parties, no appeal lies in such cases.

Analysis of the establishment of the Tribunals

There have been certain areas which need focus when it comes to the establishment of the Appellate Tribunals and the related works. These are as follows-

For ensuring that the RERA is not diluted further, it should be ensured that the institutions involved are given autonomy to function properly and there is the prevention of further bureaucratization in the institutions. Such important aspects like vacancies not being filled or appointments not being made only hinder the institutions and contribute to the defeat of the Act. 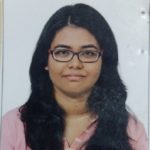 Pooja hails from Uttaranchal University, Dehradun, and she spends most of her time in Reading, debating, writing articles and poetry. Her Interest area lies in laws for Real estate and contemporary laws. For any clarifications, feedback, and advice, you can reach her at editor@lawcirca.com