In traditional Hindu society, the successful attainment of sixteen samskaras is considered of paramount importance in the course of one’s natural human life. According to the celebrated Hindu thinker Manu, the Vivaha Samskara is one of the most essential ones. According to Manu, marriage completes a man as an individual and perhaps this is why a wife is described as the other-half of a man. Marriage was also important for man to ensure the continuity of his lineage as marriage was looked upon as the license for procreation. In fact, the Manusmriti also goes to the extent of describing qualities which should be sought after in prospective brides and grooms. Thus, marriage has always been an integral part of life in Hindu society. The institution of marriage can be traced back to King Svetaketu, who sanctioned marriage in his kingdom in a bid to secure an uninhibited and uninterrupted right over a woman’s body and also to provide for a license to procreate. Although the concept of marriage as we understand it today has undergone a drastic change from the time of King Svetaketu, the institution is still considered to be sacred and its importance has only grown. Today, a marriage in the family is celebrated with much grandeur and passion, as if it were a festival, since it has become the norm that the duty of parents towards their children comes to an end with marriage.

The Codification of Hindu Law relating to Marriage

Before the Hindu Marriage Act, 1955 came into existence (as a part of the larger Hindu Code package), there was no proper, codified law governing the marriages between Hindus. There was widespread irregularity in the Shastric rules which governed marriages. Different parts of the country put their belief in different practices and the sub-sects of the Hindu religion followed numerous customs and traditions which gave rise to the inequality and a host of other problems. Therefore, a need was felt by the lawmakers of the country to establish uniformity in practices relating to marriage. The most suitable solution to this problem was identified as the formulation of a codified law which would weed out inequalities and unlawful practices which infringed the rights guaranteed by the Constitution. Taking this step was important especially from the point of view of women, who at that point of time were regarded merely as objects or property owned by men. It was necessary to recognise that a marriage consists of two stakeholders who hold each other in high and equal regard. Thus, by codifying and reforming the existing Hindu Shastric law on marriage, the law-makers laid the foundation for equality in Hindu society. For the first time in Hindu law, the Hindu Marriage Act inculcated a provision for divorce. This was a substantial achievement and as the saying goes, “a small step for man, but a giant leap for mankind.”

Concept of Marriage under the Hindu Marriage Act, 1955

The codification of the Hindu law for marriage was a very bold step as the public opinion has always been that subjects like marriage, divorce and the likes of it have always been, and must be kept in the realm of personal laws where the State has no prerogative to intrude into the lives of its citizens. However, the Parliament followed Dr. Radhakrishnan’s words when he remarked, “to survive, we need a revolution in our thoughts and “outlook. From the altar of the past we should take the living fire and not the dead ashes. Let us remember the past, be alive to the present, and create the future with courage in our hearts and faith in ourselves.” The path of this Act seeing the light of day was met by severe opposition that Hindu personal law had been set in stone and to change it would be to commit blasphemy. Nevertheless, the Parliament proceeded, disregarding the opposition on the grounds that Hindu law had always been dynamic, i.e., it had evolved from time to time in order to catch up with the changing pace and demands of the fast moving times.

As per Mulla, marriage is defined as “the union of man with a woman to the exclusion of all others, satisfied by the solemnization of the marriage in accordance with requisite ceremonies, and it directly creates a relation between the parties and that it called the status of each.” In the case of Reema Aggarwal v. Anupam, marriage as held to be a junction of three important duties, i.e., social, religious and spiritual. This union of two souls creates a new relationship of love, affection, care and concern between the husband and wife which is usually meant to last a lifetime. Section 05 of the Hindu Marriage Act, 1955 lays down the various conditions required to be followed for a valid, legal marriage. The section is reproduced below for reference:

“A marriage may be solemnized between any two Hindus, if the following conditions are fulfilled, namely:

(i) neither party has a spouse living at the time of the marriage;

(ii) at the time of the marriage, neither party:

(a) is incapable of giving a valid consent to it in consequence of unsoundness of mind; or

(b) though capable of giving a valid consent, has been suffering from mental disorder of such

a kind or to such an extent as to be unfit for marriage and the procreation of children; or

(c) has been subject to recurrent attacks of insanity;

(iii) the bridegroom has completed the age of [twenty-one years] and the bride, the age of [eighteen years] at the time of the marriage;

(iv) the parties are not within the degrees of prohibited relationship unless the custom or usage governing each of them permits of a marriage between the two;

(v) the parties are not sapindas of each other, unless the custom or usage governing each of them permits of a marriage between the two;”

In a nutshell, these clauses provide for any legal Hindu marriage to be monogamous in nature that is solemnized if neither party is incapable of giving a valid consent and both the bride and bridegroom meet the age requirements laid down in this section. In addition to these, the parties must not come within the prohibited degrees of relationship, i.e., they are not Sapindas of each other. Two persons come under this form of prohibited relationship when one is a lineal ascendant of the other within the limits of sapinda relationship.

The first sub-clause to Section 5 mandates that the marriage should be monogamous in nature, i.e., no party to a marriage should have another living spouse. Before the enactment of this Act, polygamy was freely practiced in Hindu society. Thus, the concept of monogamy was introduced to keep a check on this practice. If one of the parties is already married and the spouse from that married it still alive, then the second marriage will be deemed to be void. Section 17 of the Act declares a bigamous marriage as void and mandates that the provisions of Section 494 and 495 of the Indian Penal Code, 1860 would also be attracted in such a case. A spouse to such a void union is entitled to maintenance from the other spouse once a decree of nullity is passed.

It is essential in a case for bigamy to prove that the second marriage actually took place in accordance with proper rites, customs and traditions. A proof of mere intention to marry is not enough to plead a case for bigamy, it must be established by the prosecution that the requisite ceremonies were performed for the solemnization of the second marriage. In the case of Bhaurao Shankar Lokhande v. State of Maharashtra, the prosecution failed on the grounds that the second marriage was not performed in accordance with customary rites and ceremonies prescribed by the law applicable to the parties. This is also laid down in Section 07 of the Act which states that “a Hindu marriage may be solemnized in accordance with the customary rites and ceremonies of either party thereto.”

Capacity to Consent & Age of Parties to Marriage

Section 05(ii) of the Hindu Marriage Act mandates that both parties at the time of marriage must be capable of providing consent to the union. Mental capacity refers to the state of mind where a person has the capacity to understand one’s affairs and the obligations and implications involved in a marriage. Any of the parties involved in a marriage should not be suffering from any form of mental disorder to such an extent as to be unfit for marriage and the procreation of children, recurrent attacks of insanity, or have an unsound mind. Section 12(1)(b) lays down that any marriage performed in violation of the conditions in Section 05(ii) is rendered voidable and can be annulled. Suffering from unsoundness of mind and any sort of mental disorder has also been made a ground for divorce under Section 13(1)(iii) of the Act.

The minimum age for marriage is stipulated under Section 05(iii) as “the bridegroom has completed the age of twenty-one years and the bride, the age of eighteen years at the time of the marriage.” The legal age for marriage is twenty-one for boys and eighteen for girls. However, it is not provided anywhere in this clause that this condition is necessary. In case the bride is under the age of eighteen at the time of marriage, then consent has to be necessarily taken from the guardian. Absence of such consent will not make this marriage voidable, if all other conditions are fulfilled and the marriage is solemnised properly. Section 18 makes the contravention of this condition a punishable offence with rigorous imprisonment. 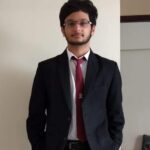 Ritwik Tyagi hails from NLU Nagpur and is an enthusiast in reading and writing. He loves reading, researching and writing creations of his mind. Family law and contract law are his strongest areas. For any clarifications, feedback, and advice, you can reach him at editor@lawcirca.com