WHO IS A DIPLOMATIC AGENT?

The sending state and the diplomatic agent don’t have to pay any dues or taxes with respect to the premise of their mission whether owned or taken on a lease. The only tax that they have to pay is the tax specified in the laws of the receiving state with respect to persons contracting with the sending State or the head of the mission. This is also applicable to social security. This also extends to the private servants hired by the diplomatic agents. The only restrictions on the applicability of this immunity are if the personal servants are a permanent national of the receiving state or they are covered by the social security laws of the sending or a third state.

The inviolability extends to the archive and the documents of the mission irrespective of time and the place where they are kept. If the documents are placed in a bag, it is termed as a diplomatic bag. It also attracts the concept of inviolability. When the bag is sent via courier through someone, he is termed as a diplomatic courier and he shall also receive immunity from arrest and detention. But, he should have an official document indicating his status and validating the contents of the bag. The receiving state by the application of Art. 25 has to provide all the necessary facilities for the smooth and proper functioning of the mission. The only factor that the receiving state can utilize to limit the movement of the diplomatic agent is in the name of national security owing to the laws and regulations of it.

The sending state has complete freedom with respect to any means of communication. The only restriction with regards to this freedom is to obtain prior permission from the receiving state to communicate through a wireless transmitter. The person of a diplomatic agent is also bestowed with the same kind of inviolability the diplomatic agent enjoys and shall be treated with utmost dignity.

The most important immunity that a diplomatic agent enjoys is laid down in Art. 31 of the Vienna Convention on Diplomatic immunity. According to Art. 31, a diplomatic agent enjoys absolute immunity from the criminal jurisdiction of the receiving state. With respect to civil and administrative jurisdiction, he enjoys a restrictive immunity. He does not enjoy the immunity for real action against an immovable property held by him in his name for his personal use. The second restriction relates to a succession proceeding with the agent in the position of an executor, receiver, etc. not on behalf of the sending state. He does not attract immunity for any commercial or professional activity which he does outside its official capacity. This exemption does not exempt him from the jurisdiction of the sending state. He cannot be summoned to appear as a witness also. The family of the diplomatic agent accompanying them during the mission also get immunity. Exemption from customs, duties, tax, etc. on articles used in pursuance of the mission and articles used for his personal use in the household is also available to the diplomatic agent along with exemption from inspection of his personal baggage.

The concept of Diplomatic Immunity is based on the doctrine of reciprocity which describes the relationship between two states when one state offers the subjects of the other privileges on the condition that its subjects enjoy similar privileges in the other State. For invoking this principle, there need not be an extradition treaty between the receiving and the sending state. It invokes exemptions from the normal operations of the law of the host country to foreign diplomats to assure that their official duties will not be impeded. Among the most important of these protections are the inviolability of their persons and premises and their exemption from taxation and civil and criminal jurisdiction of the local authorities.

The principle of sovereignty is central to International law. All independent states of the world are sovereign states with no singular sovereign. The Latin maxim ‘par in parent non-habet imperium’ means “an equal cannot exercise authority over an equal” preserves this assertion. Thus, no matter how small a state may be geographical, it still retains some measure of equality with other states with respect to its legal personality and capacity under the international legal order. The protection that the States enjoy is extended to such officers that serve the State in another State. Thus, it has been contended that states and their diplomatic agents are the same and interchangeable as it is one that gives rise or breathes life into the other. The approach associated with absolute sovereign immunity is called”structuralist”.This approach is concerned with the status of the party claiming sovereign immunity. A strict structuralist approach will lead to absolute immunity if the entity is established as a public entity that is inseparable from the state. Then everything the entity does will be entitled to immunity.

States are under a general obligation to act in conformity with the rule of International law and will bear the responsibility for breaches. Customary International law gives rise to the ‘doctrine of incorporation’. It holds the view that International law is part of the Municipal law automatically without the necessity for the interposition of the constitutional ratification procedure. It must be emphasized that not every treaty requires the consent of Parliament for its realization. Transformation is necessary only where and when the treaty in question would affect private rights or liabilities or will result in a charge on public funds or will necessitate modification of the common law or an existing statute.

There are three theories that explain the origin and absoluteness of Diplomatic Immunity.

The theory of functional necessity is currently popular. More pragmatic than the other two theories, this approach justifies immunity on the grounds that diplomats could not fulfil their diplomatic functions without such privileges. Hence, diplomatic agents are primarily given these benefits because of the nature of their functions. If diplomats were liable to ordinary legal and political interference from the state or other individuals, they would be dependent on the goodwill of the receiving state. Considerations of safety and comfort might materially hamper the exercise of their functions. If immunities are not granted, then diplomats will be kept at the mercy of interruptions by the local administration, in turn making it impossible for them to carry out their duties. Thus, the functional theory rests on a practical necessity.

The Vienna Convention emphasizes the functional necessity of diplomatic immunities for efficient working. The court is itself under an obligation to dismiss a case if it is found that it involves a diplomat. This is because; the cost of disrupting foreign relations far outweighs the benefits of service of process to the judicial system. Also, the ICJ upheld the principle of inviolability of the premises of a diplomatic mission and the correlative duty of the receiving state to protect the premises, archives, and means of transport and personnel of the mission.

There are two remedies available against the wrongs committed by a diplomat.

B. WAIVER OF IMMUNITY 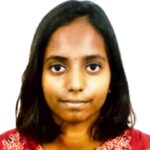 Kavitha hails from Sastra University, Thanjavur and she spends most of her time in dancing and playing chess. Her Interest area lies in Constitutional and International Law. For any clarifications, feedback, and advice, you can reach her at kavitharavi2429@gmail.com