Children are considered to be the future of the nation. Children are to be taken care of and their future needs to be secured. The first statute of the Juvenile Justice Act came into force in 1986 for the purpose of protecting juveniles. This was not perfect legislation and this was then amended various times to get the desired result of the juveniles being treated in a way which would not harm them and would, in fact, make provisions to take care of them. Now, a juvenile is basically someone who is below the age of eighteen. The Juvenile Justice (Care and Protection) Act thus deals with children or people who are not adults in the eyes of law.1 The Juvenile Justice Act was enacted to regulate the interaction of the legal system with children.2

The Juvenile Justice act is an important piece of legislation. Before this legislation came into being, there was no uniform statute to deal with the issue of the care and protection of juveniles or children. Every state had its own separate legislation for children and these legislations varied a lot. The intended target groups of these legislations were also different as the definitions also varied significantly and there was no uniformity on a national level.3 The definition of ‘child’ also varied from state to state. In a landmark case; Sheela Barse v Union of India4, the Supreme Court highlighted the significance of having uniform legislation for children across the territory of India. The Supreme Court further stated that “The Act so enacted by Parliament should contain not only provisions for investigation and trial of offences against children below the age of 16 years but should also contain mandatory provisions for ensuring social, economic and psychological rehabilitation of the children who are either accused of offences or are abandoned or destitute or lost.” Further, the court mentioned the importance of children by stating “The greatest recompense the State can get for expenditure on children is the building up of powerful human resources ready to take its place in the forward march of the nation.” Thus, as one can see, the importance of this particular piece of legislation is manifold as it deals with children, who, after all, are the future of the nation. Also, with it came uniformity in dealing with issues and with children. It must also be kept in mind, that this piece of legislation helped India, to some extent, in keeping its promises and upholding the various international treaties or sanctions which were signed including those of the United Nations.

The Juvenile Justice Act, 2015 provides for 16 basic or general principles as guidelines to the Government and also the institutions and authorities constituted under it. These are provided for in section 3 of the Act and are as follows:

There were two major changes in the Act and were done in the years 2000 and 2015. The Juvenile Justice (Care and Protection) Act, 2015 is the latest act and is currently in force. Some major amendments were made in these. In the JJ Act, 2000, the definition of a juvenile was changed and the age was raised from 16 years to 18 years. The JJ Act, 2015 aims to consolidate the laws relating to children in conflict with the law and children in need of care and protection by considering basic needs. The Act also tries to focus on the rehabilitation of juvenile offenders.

A few important subjects dealt with in the Juvenile Justice (Care and Protection) Act, 2015:

A few extremely important things have been dealt with in the JJ Act, 2015. The Juvenile Justice Board, the concept of Children’s Court as well as the concept of juvenility.

Offences under the JJ Act

It is to be noted that any of the offences mentioned above, if committed by a child, then the child will be considered as a child in conflict with the law. (section 89). 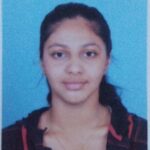 Bhakti is a very bright and natural writer. She loves to face different challenges. She likes reading crime thrillers, learning new languages and solving sudoku. For any clarifications, feedback, and advice, you can reach her at bhaktihparekh@gmail.com