Under Section 498-A the expression “cruelty” has been defined in wide terms to incorporate inflicting physical or mental damage to the body or health of the woman and indulging in acts of harassment to force her or her relations to meet any unlawful demand for any property or valuable security. Harassment for dowry falls within the sweep of the latter limb of the section. Creating a situation driving the woman to commit suicide is also one of the ingredients of “cruelty”. Chapter XXA was inserted in the Indian Penal Code in the year 1983. The object of adding new chapter XXA in the Indian Penal Code is to punish a husband and his relatives who torment and harass the wife intending to coerce her or any person related to her to meet any unlawful demands or to drive her to commit suicide.[1]

Explanation. — For this section, “cruelty” means—

(a) any wilful conduct which is of such a nature as is likely to drive the woman to commit suicide or to cause grave injury or danger to life, limb or health (whether mental or physical) of the woman; or

Women have consistently been subject to cruelty by male society. Laws like these assist women to retaliate. Women feel they are being heard. There is a lot of requirements for laws like these in a nation like India –

·         9 out of 10 cases are consistently identified as dowry. So, there is a dire need for these laws to prevent women from cruelty.

·         Women are continuously forced, tormented, threatened, or abused for the demand for something or the other. Section 498A of the IPC encourages the woman to approach the court of law and punish the wrongdoer.

·         In numerous cases, the women are additionally subject to mental cruelty. No law can assist the woman in easing the physiological agony caused to her. Acts like these help women in each potential manner.

·         No matter if the laws are misused, they can’t be expelled from the Indian Penal Code. As the laws can generally be amended. There will be certain loopholes however consistently an arrangement can be inculcated to rectify the problems.

The Indian Constitution is utilizing section 498A to shield married women from cruelty at the marital home. The section was added to IPC to protect women from any abusive behaviour at their marital home. Despite the fact, there is wide misuse by women. This section is the most fiercely debated section of the IPC. IPC crimes against women have expanded throughout the years. Most numbers of cases are reported from Delhi, India.

RECENT JUDGEMENTS ON SECTION 498A  IPC[3]

In this case, the bench observed that mental cruelty is borne out of physical cruelty or abusive and humiliating verbal exchanges would continue in the parental home even though there may not be any overt act of physical cruelty at such place. Thus, it held that the courts at the place where the wife takes shelter after leaving or driven away from the matrimonial home on account of acts of cruelty committed by the husband or his relatives, would, dependent on the factual situation, also have jurisdiction to entertain a complaint alleging commission of offences under Section 498A of the Indian Penal Code.

Rashmi Chopra vs. the State of UP[5]

Here, the bench comprising Justice Ashok Bhushan and Justice KM Joseph was considering the submission that since the complaint is not made by the woman, but filed by her father, it is not maintainable. Rejecting this contention, it held that Section 498A of the Indian Penal Code does not contemplate that complaint about an offence under Section 498A should be filed only by women, who are subjected to cruelty by husband or his relative. There is nothing in Section 498A, which may indicate that when a woman is subjected to cruelty, a complaint has to be filed necessarily by the women so subjected, it said.

Ø  No To Family Welfare Committees

In September 2018, a three-judge bench modified the directions issued in the Rajesh Sharma case for preventing misuse of Section 498A of the Indian Penal Code. It recalled the earlier direction issued by a two judges bench that complaints under Section 498A IPC should be scrutinized by Family Welfare Committees before further legal action by police. Other directions issued by the two-judge bench were not interfered with.

Ø  Directives To Prevent 498A Misuse

Many instances have come to light where the complaints are not bonafide and have been filed with oblique motive. In such cases, the acquittal of the accused does not in all cases wipe out the ignominy suffered during and before trial. Sometimes adverse media coverage adds to the misery. By misuse of the provision, new legal terrorism can be unleashed. The provision is intended to be used as a shield and not as an assassin’s weapon.

Rajesh Sharma vs. State of UP[7]

A two-Judge Bench of Justices AK Goel and UU Lalit observed that Section 498A was inserted in the statute with the laudable object of punishing cruelty at the hands of the husband or his relatives against a wife particularly when such cruelty had potential to result in suicide or murder of a woman. It also expressed its concern about the large number of cases continuing to be filed under Section 498A alleging harassment of married women. The bench issued the following directives read as follows:

·         Complaints under Section 498A and other connected offences may be investigated only by a designated Investigating Officer of the area. Such designations may be made within one month from today. Such designated officers may be required to undergo training for such duration (not less than one week) as may be considered appropriate. The training may be completed within four months from today;

·         In cases where a settlement is reached, it will be open to the District and Sessions Judge or any other senior Judicial Officer nominated by him in the district to dispose of the proceedings including closing of the criminal case if dispute primarily relates to matrimonial discord;

·         If a bail application is filed with at least one clear day’s notice to the Public Prosecutor/complainant, the same may be decided as far as possible on the same day. Recovery of disputed dowry items may not by itself be a ground for denial of bail if maintenance or other rights of wife/minor children can otherwise be protected. Needless to say that in dealing with bail matters, individual roles, prima facie truth of the allegations, the requirement of further arrest/ custody and interest of justice must be carefully weighed;

·         In respect of persons ordinarily residing out of India impounding of passports or issuance of Red Corner Notice should not be a routine;

·         It will be open to the District Judge or a designated senior judicial officer nominated by the District Judge to club all connected cases between the parties arising out of matrimonial disputes so that a holistic view is taken by the Court to whom all such cases are entrusted;

·         Personal appearance of all family members and particularly outstation members may not be required and the trial court ought to grant exemption from personal appearance or permit the appearance by video conferencing without adversely affecting the progress of the trial.

·         These directions will not apply to the offences involving tangible physical injuries or death.

In this case, it was observed that solely because the husband is involved in an extra-marital relationship and there is some suspicion in the mind of wife that cannot be regarded as mental cruelty which could attract Section 498A/306 IPC. The prosecution case was that the wife felt extremely hurt and, eventually being unable to withstand the conduct of the husband who was allegedly involved in an extra-marital affair, put an end to her life. The high court had upheld the trial court judgment convicting him under Section 498A and also held him guilty for driving his wife to suicide.

The extra-marital affair might be an illegal or immoral act, but other ingredients are to be brought home so that it would constitute a criminal offence, the bench had said while setting aside the conviction.

Jagdishraj Khatta vs. State of HP[9]

The Supreme court observed that Incidents that had taken place between husband and wife much before the latter’s death by suicide could not be treated as the conduct which drove her to commit suicide. All those incidents of alleged cruelty by the husband, in this case, had taken place much before the commission of the suicide by the deceased and, therefore, they cannot be treated as the immediate cause of provocation for the deceased to take the extreme step.

Ø  Prosecution Not Sustainable When Complaint Is Filed Long After Divorce

Mohammad Miyan vs. State of UP[10]

It was held that the prosecution under Section 498A of the Indian Penal Code and Sections 3 and 4 of the Dowry Prohibition Act, 1961, is not sustainable when the complaint is filed long after the divorce. In this case, admittedly the couple had got divorced almost four years before the filing of the FIR.

Heera Lal vs State of Rajasthan[11]

The Apex Court bench observed that, in a case of suicide of wife, the acquittal of the relatives or husband under Section 498A IPC will bar prosecution to use presumption available under Section 113A of the Evidence Act prove abetment to suicide under Section 306 IPC. A bench comprising Justice RF Nariman and Justice Mohan M Shantanagoudar also held that harassment is something of a lesser degree than cruelty, and the mere fact that there is a finding of harassment would not lead to the conclusion that there is “abetment of suicide”.

Section 113-A, Evidence Act mandates that when a woman commits suicide within seven years of her marriage and it is demonstrated that her significant other or any relative of her better half had subjected her to cruelty as per the terms defined in Section 498-A IPC, the court may assume that such suicide has been abetted by the spouse or the relative.

Even before a criminal court where a case under Section 498-A is pending, if the claim is discovered authentic, it is consistently open to the appealing party to request for reliefs under Sections 18 to 22 of the Domestic Violence Act and interim relief under Section 23 of the said Act.[13]

These are some of the reasons how this section was misused in modern days. It was a significant section embedded for the protection of women in this man dominated society. Many women were misusing this section for their selfishness.  Because of the more false cases, the significance of this section is diminished. It is more often used as a weapon rather than a shield by disgruntled wives. So everyone must need to know the significance of this section and it must be utilized for the purpose it was embedded. So it has to be used as a shield instead of a weapon.[14] 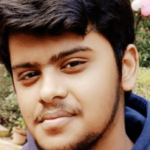 Rohan hails from Indraprastha University and he spends most of his time in reading and binging. His Interest area lies Feminist jurisprudence & Family laws. For any clarifications, feedback, and advice, you can reach him at guptarohan726@gmail.com