Copyright is one form of Intellectual Property Protection provided to the authors of artistic and literary works. It is a bundle of legal rights, essentially rights in rem, available to the authors of every literary, cinematographic and artistic work. Copyright owners are accorded two types of rights- economic rights and moral rights. The owner of the copyright is called the copyright holder. Copyright gives the copyright holder monopoly and exclusive rights over the protected works, however this monopoly is not absolute and should not be in contravention to public welfare.

Unlike patents and other forms of intellectual property rights, publication and registration are not necessary for copyright protection as the “work” is presumed to be copyright protected from the moment it is created. The subject matter of copyright is quite vast and the Indian Copyright Law is on close parallels with the British Copyright Law[1]. Internationally, Copyright laws are primarily regulated by the Berne Convention 1971, the TRIPS Agreement, the Universal Copyright Convention, the Rome Convention for the Protection of Performers, Producers of Phonograms and Broadcasting Organisation (1961) and the WIPO Copyright Treaty 1996. In India, Copyright is regulated by the Copyright Act of 1957.

Before the advent of the printing press, literary works had to be copied manually, hence their dissemination was limited. However, with the rise of the printing press arose a new need to protect the literary work. The first copyright law, The Statute of Anne was passed in 1709 and came into effect in 1710 in England. The concept of the author of work being the owner of its copyright was introduced by this statute[2].

The International Convention for the Protection of Literary or Artistic Works, 1886, commonly known as the Berne Convention, which laid down the fundamentals for the modern copyright laws is the oldest International Convention governing Copyright. It was first signed at Berne in 1886 and after a series of revisions, it was finally revised at Paris in 1971. It was the Berne Convention which made unpublished works eligible for copyright protection and also removed the requirement of registering the work in order to avail protection.

a.   Books, pamphlets and other writings

b.  Lectures, addresses, sermons and other works of the same nature

e.   Musical compositions with or without words

f.   Cinematographic works to which are assimilated works expressed by a process analogous to cinematography

h.  Photographic works to which are assimilated works expressed by a process analogous to photography

j.     Translations, adaptations, arrangements of music and other alterations of a literary or artistic work

k.  Collections of literary or artistic works such as encyclopedias and anthologies

The WIPO Copyright Treaty is a special agreement within the framework of the Berne Convention[9], adopted by the World Intellectual Property Organisation and the Diplomatic Conference on Certain Copyright and Related Rights Questions in 1996[10]. It was born out of the need to address copyright issues in the digital environment. Under this treaty, computer programs, whatever may be the mode or form of their expression[11] and compilation of data or other materials “databases”, in any form, which by reason of the selection or arrangement of their contents constitute intellectual creations[12], are given copyright protection.

According to Section 13 of the Copyright Act, 1957 copyright subsists in

However, copyright protection does not extend to works which involve infringement of copyright in any other work.

DOCTRINE OF MERGER IN COPYRIGHT LAW

In some works, the idea and expression are so intrinsically connected that it is impossible to distinguish between idea and expression. Under such circumstances, the Courts apply the Doctrine of Merger which mandates that when the expression is indistinguishable from idea, copyright protection cannot be accorded to that particular work.

The Supreme Court of India in R G ANAND V DELUX FILMS[14] distinguished between copyrightable and non-copyrightable works and proposed methods to distinguish between idea and expression. Idea, subject matter, themes, concepts, plots, historical and legendary facts are not copyrightable. However, a work developed based on these facts or themes with adequate details, rendering it unique is copyrightable[15]. If two or more works are based on a common fact or theme, the way of presentation is crucial. There should be a substantial amount of dissimilarities in the two works. The viewers or the readers, after being exposed to both the works should be able to distinguish the works from each other.

CONCEPT OF ORIGINALITY IN COPYRIGHT LAW

Section 13 of the Copyright Act clearly states that in order to be eligible for copyright protection, the work must be Original. However, the Act does not define the term ‘original’. Unlike in Patents, ‘originality’ does not mean an inventive or novel expression of ideas. The meaning of the term ‘original’ was interpreted in the case of UNIVERSITY OF LONDON PRESS V UNIVERSITY OF TUTORIAL PRESS[16]. The only mandate in copyright law is that the work should not be copied from anywhere. It should originate from the author and should be fixed in a tangible medium (in case of literary works). The originality of ideas has never been the concern of Copyright laws.[17].

With respect to works in the nature of the compilation, the work should be considered as a whole and not in parts when determining its eligibility. What the Courts need to see in such cases is that if the order of compilation of unoriginal works involves judgment, expertise and skill and when seen as a whole, form a distinct work of its own[18].

Databases are protected works owing to the fact that they require skill, judgment and creative ability[21]. The arrangement of data should be unique and not dictated by technical considerations or constraints leaving no room for creative freedom[22].

Court Judgements per se are non-copyrightable work, they are the property of the Sovereign State and are always in the public domain. Reproduction or publication of any Order or Judgement of a Court, Tribunal or other Judicial Authorities will constitute copyright infringement[23]. However, when a publisher adds changes to the judgment in the form of punctuation, paragraphs, footnotes, head notes[24], etc, such work becomes copyright eligible satisfying the test of minimal creativity[25].

The Supreme Court in ICAI V SHAUNEK H. SATYA[26] held that question papers, solutions to questions, examination instructions are literary works formed by the human intellect and are hence protected by copyright. In the same way, private letters were held to be products of human intellect and hence subject matter of copyright[27]

According to section 2(h) of the Copyright Act, ‘dramatic work’ includes any piece for recitation, choreographic work or entertainment in dumb show, the scenic arrangement or acting form of which is fixed in writing or otherwise but does not include a cinematographic film. Dramatic work and literary work are interconnected, printed literature can be played in dramas and texts of dramatic plays can be read as dramatic literature. For a work to be called dramatic work it should be capable of being physically performed[28].

According to section 2(p) of the Copyright Act, ‘musical work’ means a work consisting of music and includes any graphical notation of such work but does not include any words or any action intended to be sung, spoken or performed with the music. Lyrics of a song protected as a literary work, whereas the tune of the song is protected as a musical work.

(i)  A painting, a sculpture, a drawing (including a diagram, map, chart or plan), an engraving or a photograph, whether or not any such work posses any artistic quality

(ii)   A work of architecture

(iii) Any other work of artistic craftsmanship

In S.S. SARNA INC V TALWAR AND KHULLAR[29], it was held that when the copyright holder decides to commercially exploit the artistic work, protection under the Copyright Act will be withdrawn, instead, the work (design) should be registered under the Designs Act, 1911 and protection will be provided under the Designs Act 1911. This was decided to remove any inconvenience to the manufacture and sale of industrial articles.

The period of copyright protection for all works under the Berne Convention is the lifetime of the copyright owner plus a minimum of 50 years, with the following exceptions-

(a) In case of photography, the minimum term is 25 years from the year of creation

(b)   In the case of cinematography, the minimum period  is 50 years after first showing, or, if the work has never been shown, 50 years from the creation date[30]

The Berne Convention mandates the minimum period of protection to be made available and the member states are free to increase the protection period through their respective domestic legislation.

According to the Copyright Act, 1957, for any literary, dramatic, musical or artistic work excluding photographs, the term of protection is

(a) Lifetime + 60 years  from the beginning of the calendar year next,  following the year in which the author dies[31]

(b)   60 years from the beginning of the calendar year next, following the year in which the book is first published if it is published anonymously or under a pseudonym[32]

(c) If the identity of the author is revealed before the expiry of the above mentioned period, the term of protection would be lifetime + 60 years from the beginning of the calendar year next,  following the year in which the author dies[33]

(d) In the case of photographs, it is 60 years  from the beginning of the calendar year next, following the year in which the photograph is published[34]

(e) In case of cinematographic films, it is 60 years  from the beginning of the calendar year next, following the year in which it is published[35]

(f) In case of sound recordings, it is 60 years  from the beginning of the calendar year next, following the year in which it is published[36]

Rights under copyright are two-fold

(i) Make translations or adaptation of, perform the work in public, issue copies of it , etc

Moral Rights of the author are non-assignable, non transferable. The Berne Convention assigns four moral rights. They are-

(a) Every author has the right to be identified as the creator or author of his work, the right is also called the right to paternity.

(b) He has the right to protect the integrity of his work ( right to integrity).

(c)  He has the right to object false attributions and

(d) He has the right to privacy in photographs and films

One can say that the law of copyright is an ever evolving law owing to the fact that it is undeniably linked to technological advancements. Copyright laws started with protecting books and over centuries have evolved to accommodate computer programmes. As technology advances, the menace of copyright violations like plagiarism and piracy too has increased as technology provides easier and safer ways to violate copyright digitally. And the law too has picked up the pace to meet the modern needs of copyright protection. Intellectual property protection has always been a delicate balance between individual profit and public welfare. Art and knowledge have always been the basis of every civilisation and it is quintessential to protect and promote them. Copyright protection works as an incentive to authors to create more work, which in turn aids in enriching the culture and literary knowledge of the society. However, it should not be forgotten that ultimately, intellectual property protections are not only for personal gains but for the greater good of the society and the monopoly copyrights create should not be misused to detriment the welfare of the public. 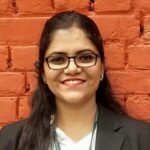 Swetha has incredible writing skills and you will never miss a flow in her writings. Her favourite leisure activity is poetry. She is also a very humble person. In other words, she is as bright as a new penny. For any clarifications, feedback, and advice, you can reach us at editor@lawcirca.com