The term contract is defined under section 2(h) of the Indian Contract Act 1872 which says that a contract is an agreement enforceable by law [i]. This definition means that a contract is a sort of an agreement between two or more parties which is enforced by law or it can be said that it is a law-abiding agreement. All the contracts and the agreements between various parties are validated and governed by the Indian Contract Act (ICA). As per the above definition of the contract, it can be said that this definition comprises two main elements-

AGREEMENTS AND ITS ENFORCEABILITY

The definition of an agreement is given under section 2(e) which says ‘every promise and every set of promises, forming the consideration for each other’. When a proposal is accepted it becomes a promise. Thus we can say that an agreement is an accepted proposal. This is because agreement and proposal are seen through the same glass and when accepted proposal becomes a promise same goes for agreement too. Therefore, in order to make an agreement, there must be a proposal made by one party and acceptance made by the other party. In short, an agreement is an accepted promise, accepted by all the parties involved in the contract or which are directly or indirectly getting affected by  The next comes enforceability by law which comes under section 10 which says that an agreement is enforceable by law if it is made by competent parties, is made out of free consent(will) and for a lawful object and consideration. Thus we can say that for an agreement to change into a Contract as per the Act, it must give rise to or lead to legal obligations or in other words must be within the scope of the law. Thus we can summarize it as Contract = Accepted Proposal (Agreement) + Enforceable by law (defined within the law)

CONTRACTS ON  BASIS OF FORMATION

For example –  X has offered to sell his house and Y gives his acceptance.

The contracts in which the duty of each party is recognised without any say of the party will be termed as an Implied Contract. In these contracts, there is no conversation or expression involved.

For Example: Sitting on a bus can be taken as an example of an implied contract between the passenger and the owner of the bus.

A fire broke out in the defendant’s farm. He was under the impression that he was entitled to the free services of the Upton Fire Brigade and, therefore, summoned it. The Brigade put out the fire. It then turned out that the defendant’s farm was not within the free service zone of Upton, and thus the fire brigade claimed compensation for the services. It was held by the court that the services rendered by the fire brigade were on the basis of implied promise to get paid for them.

X’s husband dies and she is so poor that she is not even capable of meeting the cost of cremation. Y, one of her relatives, understands her position and he spends his own money to do the necessities. This whole act is done without X’s request. Afterwards, Y claims the amount from X and X refuses to pay. So here court applies section 68 and creates a quasi-contract between them.

CONTRACTS ON THE BASIS OF NATURE OF CONSIDERATION

When the consideration is moved in both the directions it is known as a bilateral contract. In this contract, one party delivers any goods or services and in return of that, the other party pays money in the form of consideration.

Example: There is a contract formed between P and Q on 11th Jan. According to which P has to deliver goods to Q on 13th Jan and Q has to pay an amount on 13th Jan. It is a bilateral contract.

In this, the consideration given is only in one direction and is known as a unilateral contract.

Example: P lost his purse and after some time Q finds it. Thereafter Q searches for P so that he can hand over the purse to its original owner. P offers to pay Rs. 1000/- to Q to which Q gives his acceptance. Here, after the contract consideration moves in one direction, only that is from P to Q. This is a unilateral contract.

CONTRACTS ON THE BASIS OF EXECUTION

In this type, the contractual obligations are not performed now but are performed in the near future. Such sorts of contracts are called an executory contract.

CONTRACTS ON THE BASIS OF VALIDITY

Valid contracts are the contracts which are enforceable in the court of law. These contracts should have certain conditions fulfilled in order to be considered as a valid contract and these are-

All the contracts which lack any one or more of the features of a valid contract will be termed as a void contract. (Except free consent and legal formalities).

In this case, it was held that the contract with a minor is void ab initio which means void from the beginning as the minor is incompetent to enter into a contract.

Voidable contracts are those contracts which are deficient in regard to free consent only. In other words, it is a contract which is made under certain pressure either physical or mental. It becomes Valid or Void in future at the option of the suffering party. A consent obtained is not free, if obtained by:

In this case, a poor woman was under the undue influence of a moneylender who asked her to pay a 100% rate of interest on money lent by him.

If the contract has been made with an unlawful object that would be considered as an illegal contract. These contracts are void contracts.

The contract made for murdering someone will be an illegal contract.

A contract which has not properly fulfilled the required legal formalities is called an unenforceable contract which means it cannot be enforced under the court of law.

Essentials for a valid contract

There are 7 essentials which need to be fulfilled for a contract to be a valid one.

In this case, it was held that ‘The mere knowledge of an offer does not imply acceptance by the offeree’. INTENTION TO CREATE A LEGAL RELATIONSHIP

A clear intention among both the parties to create a relationship via contract which is a valid one must be there. Agreements of a social or domestic nature do not contemplate a legal relationship, and as such, they do not give rise to a contract.

It was held in this case that if any agreement is domestic in nature then that agreement is not enforceable by law.

This is one of the most essential elements which talks about consideration. The term consideration is defined under section 2(d) if the Indian Contract Act.

There are three criteria which talk about the competency of parties-

The object which is involved in the contract should not be fraudulent or illegal or immoral or against the public policy or must not imply injury to the person or the other.

An agreement must not be one of those, Which have been expressly declared to be void.

PARTIES TO THE CONTRACT

There are mainly two parties involved in a contract the offeror and the offeree. The offeror is the one who makes the offer to the other person whereas the offeree is the one to whom the offer is made and he is the one to accept it or to revoke it. There is also a third-party beneficiary to contract which has the right to sue on a contract, despite not having originally been a party to the contract. This right arises where the third party is the intended beneficiary of the contract, as opposed to an incidental beneficiary. 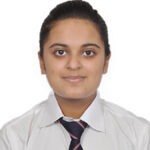 Muskaan hails from Symbiosis law school, Noida and spends most of her time researching, reading and debating. Her Interest areas are Criminal and Contract laws. For any clarifications, feedback, and advice, you can reach us at editor@lawcirca.com