What is Climate Emergency?

The declaration of climate emergency is mere admission by the government that the rate of global warming is high or firstly it exists and then measures taken were not enough. This declaration then provides a mandate to the government to take all necessary steps to curb human-caused global warming. All the administration is then devising all possible measures to try and stop the rate of pollution.

The declarations can be done on various levels national or locals. They might be different in terms of depths and details of their guidelines and more importantly actions taken by them. The climate emergency declarations are taking corrective actions to avert climate change not only formal admission. The term emergency was assigned to give the topic priority and give notice of urgency and demand for immediate action. This declaration is to justify and focus on such issues.

What is the Paris Climate Agreement or COP21

Paris Agreement under the United Nations Framework Convention on Climate Change or Paris Climate Agreement or COP21 or Paris agreement is an International treaty held in Paris, France in December 2015   to improve and replace the Kyoto Protocol (an earlier international treaty) which was made to curb the release of greenhouse gases. This agreement came in force on 4 November 2016 which aimed at reducing the emission of gases which are the reason behind global warming. It was duly signed by 197 countries including the USA, China and India who are major gas emitters of the world and this agreement was also ratified by 185 as of January 2019. [i]

France hosted representatives from 196 countries from November 30 to December 11, 2015, at the United Nations (UN) climate change conference.  It was considered as the most important and most ambitious global climate meetings ever assembled. The objective was to limit the greenhouse gas emission and helping in preventing the global temperatures to increase more than 2 °C (3.6 °F), this was taken as a binding and universal agreement. 2 °C (3.6 °F) was also a benchmark temperature set before the beginning of the Industrial Revolution.

The major issues of negotiation in the Paris agreement were:

The Conclusion of negotiation was done by French Foreign Minister Laurent Fabius after two weeks and was declared on December 12. The accord was aimed to limit the temperature increase to 1.5 °C and pursue all efforts in the same directions and to hold the increase in the global temperatures above the pre-industrial levels and below 2 °C. The objective was to be achieved by “aim to reach global peaking of greenhouse gas emissions as soon as possible…and to undertake rapid reductions thereafter.”

The goal was set to achieve a balance between atmospheric inputs of greenhouse gases by emission sources and removal into sinks after 2050. Emission sources majorly were engines that run on fossil fuels and extract their energies and power plants. The sinks like soil and forest will be used to extract carbon dioxide from power plants and hide them away using technologies.

The agreement was open to being signed by other countries from April 2016 to April 2017 in New York City. It focused on cooperation, transparency, flexibility, and regular reporting of progress in achieving the INDCs. There was no mechanism to enforce compliance with the accord’s provisions, but there was to be one to “promote compliance.” That aspect would be achieved via a committee that would function so as to be “transparent, non-adversarial and non-punitive.” The committee would report annually to the COP, and each party was asked to update its INDC every five years.

Even after results, the highest emitter of carbon and Super powerful country like the U.S.A. has a pending exit from Paris agreement. The Trump government had the intention to pull the U.S. out of climate agreement. Countries like Nicaragua and Syria have still not signed the agreement and no proper measures are taken by 185 countries who have signed and ratified the agreement by September 2018.

The agreement did mention the word climate emergency and drew awareness to climate but various organizations who are focusing on research of climate stated there has been no decrease in fact increase in carbon emission. The U.S.A. has an increased rate of 3.4 percent carbon emissions in 2018[ii] whereas reports stated that the stagnant rate of carbon emission has increased by 1.6 and 2.7 percent in 2017 and 2018 respectively.[iii]

Drought around Victoria Falls, Melting of glaciers, falling of underground water in major parts of India and regular floods are consequences of global warming. There are major steps that can be taken by the government in urgent to curb the high rate at which global temperature is rising:

There should be an identification of ways to adapt to climate change and the government should work towards making development strategies and new national policies to integrate climate change. The adaption is necessary for citizens as the first step to make fighting through its second steps.

The government with the help of civil societies and different business and non-business organization should take measures to aware people of climate and ways to improve air quality on individual levels. For example: banning the plastic, effective use of water and tree plantation.

There should be separate funds on local, national or transnational financing levels that should be arranged for taking measures in this direction it can be through public, private and alternative sources of financing.

There is high need for transfer from old methods to new environmentally sound technologies for low-carbon and climate-resilient development. The promotion of the same should be done on a larger basis. For example a shift from petrol and diesel to natural gas.

Bleaching of coral reefs, excessive use of plastic leading to mass non-disposable waste, melting of ice sheets, flora and fauna exploitation has lead to dangerous results. The human civilization and survival of the precious ecosystem need a balance. It is high time we start taking steps in controlling excessive greenhouse gases that have been an enormous threat to the environment.

At the Paris climate discussions, many countries and scientists have decided that 1.5` C as high-end warming which should be crossed but still in this year the warming reached 1.6` C which has lead to many questions as humans continue to distraught the resource naturally coming to them. Do they realize there is an end where the natural consequences of these extractions might be a factor in their own survival problems? 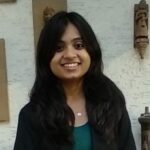 Deepanshi is an articulate and eloquent writer who likes to write on debatable environmental issues as she herself is conservative for the environment. She also likes to keep herself updated with the latest happenings around the world and doesn’t like sitting idle. For any clarifications, feedback, and advice, you can reach her at deepanshitrivedi06@gmail.com

One Reply to “Climate Emergency: Issue to be Concerned About”