According to section 24 of The Trade Marks Act, 1999, when two or more persons or legal entities come together for creating a joint entity in accordance with goods and services provided jointly by them, then they may be regarded as joint owners of a Trademark. Joint ownership of a trademark is considered as a mutual agreement between the parties of the trademark where all the parties holding the same rights but no one of them should be considered as absolute owner and it should be registered in favour of all the parties as same.

Joint ownership of a Trademark means when a Trademark is owned by more than one person and all the owners shall have the same rights and liabilities over the mark and no one shall be considered as the absolute owner of the same.

CONDITIONS FOR JOINT OWNERSHIP OF A TRADEMARK

According to section 18 of The Trade Marks Act,1999, either of the parties of the joint ownership must have a place for their business within the territory of India and it would be mandatory for them to have their address for service in India.

Other than the above-mentioned point another major condition for Jointly Owned Trademarks should be that the trademark must be used jointly in relation to goods and services mentioned in Section 24 of The Trade Marks Act,1999, by all the joint proprietors mentioned in the agreement and shall not be used against each other.

2.  No single proprietor can exercise total control over the trademarks as it has joint ownership.

3.  If the owners ever want to dissolute the mark then no one could claim the complete ownership over the same and the rights of them can be dissolved instantly.

CHALLENGES UPON DISSOLUTION OF A JOINTLY OWNED TRADEMARK

1. DISCONTINUATION OF THE USE OF THE MARK AFTER TERMINATION OF THE TRADEMARK BY THE JOINT OWNERS

As per the requirements mentioned in section 24 of The Trade Marks Act, 1999, the mark of a jointly owned trademark could be used jointly only and no proprietors of that joint ownership could use the mark individually. When the matter comes after the dissolution of the trademark then also the mark couldn’t be used by a single person for his personal use.

2. ONE OWNER PURCHASES THE MARK AND LICENSES IT to THE OTHER OWNER

As per the general practice, full-fledged licensing is carried out to avoid complexities further. The owners by their mutual understanding could give permission to one of the owners to use the name of the mark by “buy me/buy you” clause. The joint owners could sell/license the mark to a third party by their mutual understanding and will distribute the profit comes from it among them equally.

JOINT OWNERSHIP OF TRADEMARK AND FINANCES

PROBLEMS WITH JOINT OWNERSHIP OF TRADEMARK

As a rule, a trademark application is filed and registered in the name of one legal person or one individual entrepreneur. In article 1478 of the Civil Code, a chapter is dedicated to trademarks which states that “a trademark may belong to a legal person or to an individual entrepreneur”. In article 1229, there is also a chapter in the Civil Code which concerns intellectual property in general. This article sets forth that “Exclusive right for the result of intellectual activity or a means of individualization except for the company name may belong to one person or jointly to several persons.” As shown, there is some contradiction between these provisions leaving space for interpretation. For any jointly owned trademark by two or more parties there isn’t any specific procedure or special procedure for the registration of the same. There are some grounds that must be mentioned while the registration of the trademark which are- the addresses of the owners, principal place of business, what kind of business they are running, etc. So we can say that there is no need to fill any special kind of form to file a request for the joint ownership trademark office. The details of all the joint proprietors or joint owners must be mentioned in the form. For making this, they must follow all the requirements mentioned in section 24 of The Trade Marks Act, 1999.

In this case, the manufactured goods were sold directly to certain customers who had a contract between them and some other goods were sold to some different customers who didn’t have any previous contract with the mark. So in this case, the joint ownership could not be valid under section 24 of The Trade Marks Act, 1999, and the joint proprietorship will be revoked.

As per law relating to trademark, the trademark cannot have two origins. In the case of joint ownership, though the number of owners can be more than one, the origin of that particular trademark must be only one. In this case, when the defendant proclaimed himself as a rival of the plaintiff, the joint owner, it was not permissible under the law. Joint ownership cannot be used in rivalry or in competition with each other.

In this case, the High court of Madras held that the registration of the mark was obtained by fraud, and the allegations were found as correct, so the application for ratification of registrar must be revoked and the court must direct the entry must be removed from the registration and the registration must be annulled.

In this case, it has been laid down that before a mark could be registered in the joint names of the parties to the joint ownership, as engaged in a joint adventure, it must be established that all the goods which would be traded under the name of the mark are to be placed and should pass through the hands of both the parties, i.e. joint owners.

In the time of developing India, for the benefit of the economy of the state, the number of trades must be increased. For a single owner, it’s not possible to maintain the trade and he thinks of involving in joint ownership which will be beneficial for the trade and the owner both. According to me the joint ownership of a trademark is a better option for running a trademark and increase the profit that comes from it. 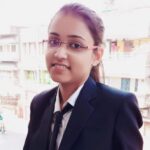 Sinthia has incredible writing skills and you will never miss a flow in her writings. Her favourite leisure activity is watching movies. She is also a very humble person. In other words, she is as bright as a new penny. For any clarifications, feedback, and advice, you can reach us at editor@lawcirca.com