It is known to everyone that Ayodhya Ram Janmabhoomi dispute was only a political not the legal dispute in the state of Uttar Pradesh. This political dispute over 2.77acres of land had disturbed tranquillity in the Indian society which resulted to matter reached to court. The issues revolve around the control of a site traditionally considered by the Hindus to be the birthplace of their deity Rama, the history and location of the Babri Masjid at the site, and whether the previous Hindu temple was demolished or modified to create a mosque.[1]

The site was used jointly by Hindus and Muslims for worship before the conflict came to the courts, with Muslims holding their prayers in the inner courtyard of the Babri Masjid Mosque and Hindus occupying the outer courtyard. It has been a long-standing Hindu belief, however, that the land was Lord Ram’s birthplace. In contrast, the Hindu community also claimed that there was a temple in Ayodhya before it was demolished to create the Babri Masjid mosque.[2]

The British government placed a fence on the property during the colonial era to demarcate Hindu and Muslim worship areas. A crowd of people entered the mosque in December 1949 and set up a Hindu idol under the mosque’s central dome, believed to be Ram’s birthplace. The area was sealed off after the incident of 1949, citing the sub judice suits filed by Hindu and Muslim parties disputing the land rights. It became the 1980’s Ram Janmabhoomi campaign because it was all about ascendant Hinduism trying to imprint a constitutional republic.[3]

In 1986, the Hindu parties were allowed to adorn the central mosque dome where the improvised temple was set in when it was sealed off by the orders of a city courthouse. In December 1992, when a mob of over 20,000 karsevaks demolished the Babri Masjid mosque, communal tensions built up over the years.

It became the 1980’s Ram Janmabhoomi campaign because it was all about ascendant Hinduism trying to imprint a constitutional republic. In 1994 in the case of Ismail Faruqui v. Union of India[4], Dr. Ismail Faruqui had filed a petition calling into question the validity of the Ayodhya Act 1993 Acquisition of Certain Land, by which the Center purchased 67,703 acres of land in and around the Babri Masjid. A five-judge Bench, in a majority, upheld the acquisition saying that any step taken to arrest escalation of communal tension can by no stretch of argumentation, be termed non-secular or against the concept of secularism i.e. a creed of the Indian people embedded in the ethos. There is no requirement for Muslims to have mosques for prayer and they can offer namaz anywhere in the open.

Similarly, in the case of The Sunni Central Board of Waqfs vs Gopal Singh Visharad[5], the Lucknow bench of Allahabad High Court in 2010 held that Muslims and Hindus are the joint holders. In the 2:1 majority, it was held that there would be a three-way division of the disputed land – one-third for the Sunni Waqf Board, one-third for the Nirmohi Akhara and one-third for the ‘Ram Lalla’ party. In an order that extends to more than 8,000 pages, the High Court said that the portion below the central dome under which Lord Ram’s idols and other gods are placed in a temporary temple belongs to Hindus. The three judges agreed that Hindus should be allocated the portion under the central dome. Likewise in the case of M.Siddiq (D) Thr. Lrs. vs Mahant Suresh Das[6] in 2018, the Supreme Court with 2:1 majority held that there is no need to re-examine the 1994 Supreme Court decision that a mosque is not necessary to Islam and the present case would be decided on its own facts and would have no impact on it by the Ismail Faruqui judgment.

In August 2019, the Supreme Court decided to begin a day-to-day hearing in the politically sensitive Ram Janmabhoomi-Babri Masjid land dispute in Ayodhya following the failure of efforts to reach a friendly settlement through mediation. It took note from the report of the three-member mediation committee, headed by former Supreme Court judge FMI Kalifulla, that there was no final settlement of the mediation proceedings which took place for about four months. The Supreme Court after hearing 40 days of arguments of both the parties and decided to reserve the judgment. In November 2019 in the case of M.Siddiq (D) Thr. Lrs. vs Mahant Suresh Das[7], the Supreme Court held that as the final arbiter, this Court should uphold the sense of balance that one citizen’s values do not conflict with or overpower another’s freedoms and beliefs. It finally put an end to the conflict over the Ayodhya Title and held that the contested land should be granted to the Ram Mandir Construction Trust. In an effort to balance the interests of both parties involved, the Court ordered the Sunni Waqf Board to set up a mosque with a suitable 5-acre plot. However, the 1045 pages long’ unanimous’ verdict is silent as to who wrote it. One of the five judges wrote a different yet concomitant opinion on whether the contested structure was Lord Ram’s holy birthplace according to the Hindus ‘ religion, belief and confidence. Nonetheless, the judge’s name was not announced. There is clear evidence on the balance of probabilities to suggest that the worship of the Hindus in the outer courtyard continued unimpeded following the construction of a grill-brick wall in 1857. Their possession of the outer courtyard is established along with the incidents associated with their control of the courtyard.

As far as the inner courtyard is concerned, there is evidence of the preponderance of the chances of the Hindus to establish worship prior to the conquest of Oudh by the British in 1857. The Muslims did not offer any evidence that they had been in exclusive possession of the inner structure prior to 1857 from the date of building in the sixteenth century. The High Court’s three-way bifurcation was legally untenable. The solution that commended itself to the High Court is not feasible, even as a matter of maintaining public peace and tranquillity. The disputed area covers about 1,500 square yards. The partition of the land will not serve either of the parties ‘ needs or ensure a permanent sense of peace and tranquillity. Sunni Central Waqf’s board has not set out its client engagement situation. The Board of the Sunni Central Waqf did not establish the alternative plea of negative possession as it did not meet the adverse possession criteria. Since the Hindus were in the outer courtyard’s exclusive and unimpeded possession where they continued their worship, it is not possible for the Sunni Waqf Board to hold the property at issue. The mosque was demolished in breach of the status quo order and a guarantee given to this tribunal. An egregious infringement of the rule of law was the demolition of the mosque and the eradication of the Islamic system.

A time comes when the need for peace and closure exceeds the need to undo an injustice. The Supreme Court has apparently chosen a path that is most conducive to social harmony by allowing a temple to emerge through a government-appointed trust at the disputed site in Ayodhya. The court called for the allocation of a five-acre plot of land elsewhere in Ayodhya that could be used to build a new mosque to compensate Muslim litigants who were deprived of the centuries-old Babri Masjid by an illegal act of demolition. It is clear that this is more of spiritual compensation by political compromise and less adjudication in defence of their religious rights.[8]

The final award will always be a source of discomfiture for those to whom closure extends beyond ensuring peace in a polarized community environment. But the most welcome thing about a five-judge bench’s 1,045-page verdict in its unanimity. For, it sends out a message that the judiciary has ventured, with one eye, to give legal burial to a lengthy dispute that started as minor litigation, grew into a divisive political cause, and for years became a festering wound on the body-political. The fact that the case is finally over will come to all peace-loving people as a great relief. 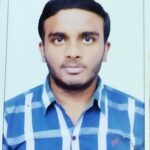