The Indian government is fighting the spread of the Coronavirus with primarily two legislative acts- the Epidemic Diseases Act, 1897 and the Disaster Management Act, 2005. The country’s following a two-pronged approach where the containment procedures are carried on under the provisions of the Diseases act, while the Disaster Management Act covers most of the nation’s administrative setup; one act complementing the other. Though the acts in conjunction have somewhat proven beneficial for the state, they still fail to address the realities of the diseases’ spread in the modern world and lack comprehensive frameworks to respond to the outbreak.

The Epidemic Diseases Act, for one, fails to adequately regulate and control a 21st-century outbreak. The Act was first authorized in 1897 in response to the deadly Bombay Plague, but since then has never been revised. The archaic two-page legislative piece does not define an “epidemic”, but simply provides the state and other legislative authorities the power to take exceptional measures and enforce regulations on the country’s citizens. Out of the minimal four sections of the act, section 3 makes disobedience of a public order punitive under Section 188 of the Indian Penal Code, and Section 4 protects public officials operating under the act. The piece ends with only these inadequate and insufficiently defined sections; whereas a provision to manage epidemic’s in a country like India requires, at the least, an extensive number of segments detailing the multiple integrities involved in controlling exigent situations. The Act requires multiple additions; however, a few pertinent ones are as such:

The Diseases act talks of checking Vessels and Ships to control the spread of the virus, but fails to cover modern implements of travel such as aeroplanes; moreover, it does not adequately address the developments in technology leading to urbanisation and mass food production. The sections of the act must be amended to specifically cover modern implements of travel and address the technological growth over the last century to be able to fight a pandemic in the current period.

The act was authorized at a time when there was no idea of a parliament and the governors in England decided the laws for our country. However, today we are a democratic nation with a constitutionally elected legislative, but still, somehow hold this archaic provision valid in its original form. The act gives an exemplary amount of powers to the state, under which a notification issued is treated as purely an executive action; imbibed within it a provision to further delegate powers. The current form of the act puts much focus on the duties of the Government to control the spread of disease but fails to talk of the rights of the country’s citizens in exigent circumstances. An objective and standardised framework must be made part of the act to ensure that its exercise doesn’t encroach upon any citizen’s fundamental rights. The act must be amended to include the currently non-existent mechanisms of accountability enforcement. The current pre-constitutional form of the act gives an unnecessary amount of powers to the state and hardly has any mechanisms to restrict abuse. A standardised structure detailing how the government may restrict certain rights of citizens, for what period and who shall make the necessary decisions must form a part of the act to make its application as equitable as possible.

The Disaster Management Act, 2005 on the other hand, provides the government with provisions to allocate resources for mitigation, prevention, and capacity building. It may be a relatively modern act, but it comes with its own fair share of issues.

The act meant to control the spread of epidemics, many of which today are biological in nature, does not contain any scientific steps. The Disaster management act does not include any technical and fact-based rules or regulations to control the spread of a pandemic, which are more than necessary to ensure an effective and efficient counter to modern-day Epidemics such as the Corona Virus. In order to make the act as effective as possible, certain scientific provisions detailing what steps must be carried out to control mass scale outbreaks and restrict the damage must be made a part of it.

Moreover, the act not only empowers the government to take certain decisions and utilize the Disaster management fund, but it also provides civil servants such as district magistrates a wide ambit to requisition resources. While the increment in powers helps increase efficiency; the lack of provisions enforcing answerability for actions of public servants creates an inequitable situation. The act provides a lot of power to public officials; however, it does not include any mechanisms to enforce accountability. It, much like the Epidemic diseases, has no enforcement mechanisms. The provisions of the act must be amended to ensure that those instilled with excessive powers in exigent times do not abuse them.

Despite the fact that the two acts in conjunction, have somewhat been able to control Covid-19’s spread in the country, emphasis on revising and developing the epidemic diseases act, individually, is essential to better respond to any such future circumstances. More effective and efficient systems of surveillance and public health cadres are needed to improve our response to global pandemics and to ensure the country and its citizen’s safety. India must adopt a new and better model for disaster management, inclusive of all the factors currently left out. 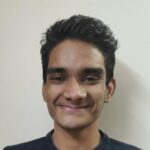 Sri hails from the West Bengal National University of Juridical Sciences and he spends most of his time in mootings, debating and writing. His Interest area lies in Contract Law and IPR. For any clarifications, feedback, and advice, you can reach him at srihari219064@nujs.edu