History has witnessed that women have always been treated as second-class citizen. In the middle ages, the Doctrine of Coverture was developed in England as part of the common law system. According to the doctrine, all the legal rights of women after marriage were absorbed by her husband. This was pretty much the case in India as well. Before marriage, a woman is considered to be protected by her father and after marriage by her husband. She has no existence of her own, neither physical nor legal. The earlier legal system of the world completely failed to recognize the equal rights of women as compared to men.

The word adultery has originated from a French word “avoutre”, which further has its root in the latin word “adulterium” which means “to corrupt”.

According to the New International Webster’s Comprehensive Dictionary, the concept of women corrupting her marital relationship by engaging in a relationship outside the marriage was termed as adultery. The word adultery as per the Black Law’s Dictionary is defined as the voluntary sexual intercourse of a married person with a person other than the offender’s husband or wife.  In English itself, the word “adultery” has been defined as the “Violation of the marital band and sexual relations of a married person with one who is not his or her lawful spouse whether unmarried or married to another”. Safe to say that over time, this term has been given different interpretations.

Historical background of adultery in India

In India, roots of adultery go back to the time when more emphasis was placed on the physical chastity of women and their unquestioned obedience to husbands. Since ancient times, it has been believed that male descendants would carry on the names of their families and in order to maintain the purity of the male bloodline, chastity of women has been considered as her prime virtue, while at the same time men were allowed to have more than one wife. The other objective was to ensure that only the husband can retain control over the sexuality of his wife. Therefore, making men as the whole and sole owner of the soul of women.

How adultery is defined in India?

With the advent of colonialism in India, Victorian morals creeped into the Indian legal system. Women were expected to be loyal to their husband whereas men were allowed to have multiple partners. Men could divorce their adulterous wives whereas women could not divorce their adulterous husbands. Women having relations with other men besides their husbands were seen as “ruined” or “fallen”. Thus, further strengthening the patriarchal structure of India. The reflection of the victorian era laws can be seen in Section 497 IPC which defines adultery as:

Whoever has sexual intercourse with a person who is and whom he knows or has reason to believe to be the wife of another man, without the consent or connivance of that man, such sexual intercourse not amounting to the offence of rape, is guilty of the offence of adultery, and shall be punished with imprisonment of either description for a term which may extend to five years, or with fine, or with both. In such a case the wife shall not be punishable as an abettor.

How was section 497 was anti-woman?

Section 497 of the Indian Penal Code was violative of Article 14 of the Constitution because this provision discriminated against women on the basis of sex only and it unjustifiably classified an offence in relation to women which was not applied to men. This section perpetuated the idea that men were considered as the sole owners of the women. Even the reason behind not penalizing women as an adulterer was that she was regarded only as chattel and being the property of men she can only be the victim making article 497 manifestly arbitrary.

In the landmark judgement in Joseph Shine v Union of India, the supreme court struck down the 158 years old law declaring it unconstitutional and discriminatory against women. CJI Dipak Misra in its judgement said :

‘‘The civility of a civilization earns warmth and respect when it respects more the individuality of a woman. The said concept gets a further accent when a woman is treated with the real spirit of equality with a man. Any system treating a woman with indignity, inequity and inequality or discrimination invites the wrath of the Constitution……………… And, it is time to say that a husband is not the master’’.

He also quoted john stuart mill in saying that:

“The legal subordination of one sex to another – is wrong in itself, and now one of the chief hindrances to human improvement; and that it ought to be replaced by a system of perfect equality, admitting no power and privilege on the one side, nor disability on the other”.

Indication was made to the statement of Lord Keith in R v. R and Lord Denning:

“marriage is in modern times regarded as a partnership of equals, and no longer one in which the wife must be the subservient chattel of the husband.”

“A wife is no longer her husband‘s chattel. She is beginning to be regarded by the laws as a partner in all affairs which are their common concern.”

In K.S. Puttaswamy v UOI, it was held that human dignity is an integral part of the constitution. Reflections of dignity are found in the guarantee against arbitrariness (article14), the lamps of freedom (article 15) and in the right to life and personal liberty (article 21). To live is to live with dignity. The dignity of women is sacrosanct and it is a part of her non-perishable and immortal self. Laws like adultery which are retrogressive in nature and which encourages patriarchy and which stands against the honour of women have no room in a civilized society. The Constitution of India confers the affirmative rights on women and the said rights are perceptible from article 14 and article 15 of the Constitution. A man should not put his ego or, for that matter, masculinity on a pedestal and abandon the concept of civility. Equality has to be regarded as the summum bonum of the constitutional principle in this context. 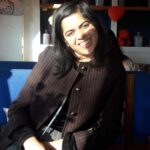 Vasudha Saini has incredible writing skills and you will never miss a flow in her writings. She loves reading and researching. She hails from CLC Law, DU. For any clarifications, feedback, and advice, you can reach us at editor@lawcirca.com