The 1975 Emergency is considered by many as one of the darkest times in Indian democracy. Fundamental rights were taken away for personal political gains and the Union Government was functioning according to its own whims and fancies. The case of Additional District Magistrate, Jabalpur v. Shivkant Shukla and others came up when the judiciary was called upon to adjudicate this serious matter. This case is also popular for the sole dissenting opinion of Justice H. R. Khanna, who was the only one who advocated for the supremacy of Fundamental Rights. The rest of the judges held that Fundamental rights will remain suspended as long as Emergency lasts. Some people argue that it was merely a narrow interpretation of the law, some say it was the fear of an extremely powerful government in the Centre, but the fact remains that this judgement is a blot on the Indian judiciary.

In 1975, National Emergency under Article 352 of the Indian Constitution was imposed by President Fakruddin Ali, on the advice of the then-Prime Minister Indira Gandhi, on the ground of internal disturbances. Fundamental Rights under Article 14, 20 and 22 of the Constitution were suspended for the period of Emergency, by a Presidential Order under Article 359(1). Scores of political leaders who could prove to be a political threat were arrested without any trial. Many petitions were filed in various High Courts across the country, which gave judgements in favour of the petitioners. The Central Government approached the Supreme Court, which became this very case.

This case is also known as the Habeas Corpus case, as the said writ was asked in the form of relief by the petitioners. The term literally means “to produce the body” and the writ orders the directs law enforcement agencies to present an arrested person in front of the Court and explain the reason behind their detention.

The Court highlighted the fact that the question concerning validity of 38th and 39th Constitution Amendment Acts or whether the Emergency is justified and its continuance bad in law was not decided by the High Courts, hence these questions were not part of the issues in this case. 2 issues were formulated, which are as follows:

The judgement was passed with the majority of 4:1. The Court held that no person can move the High Court asking for any writ to enforce any fundamental right detained under MISA, as a claim to the writ of Habeas corpus is an enforcement of Right to Life and Personal Liberty under Article 21 which is barred by the Presidential Order.

The majority agreed with all the contentions made by the appellants. To justify the suspension of Fundamental Rights the Court said, “In period of public danger or apprehension the protective law which gives every man security and confidence in times of tranquility has to give way to interests of the State.” It was also stated that “Liberty is itself the gift of the law and may by the law be forfeited or abridged,” when the question about the status of Article 21 was raised.

He held that Article 226 is an integral part of the Constitution and hence, the power to enquire into the matter and issue a writ of Habeas Corpus cannot be denied. He further stated that it is a way to ensure judicial scrutiny of executive orders and maintain the scale of checks and balances, by citing Ambedkar’s views on the same, recorded during the Constituent Assembly debates.

Finally, he implored that, “In dealing with an application for a writ of habeas corpus, the court only ensure that the detaining authorities act in accordance with the law of preventive detention. The impact upon the individual of the massive and comprehensive powers of preventive detention with which the administrative officers are armed has to be cushioned with legal safeguards against arbitrary deprivation of personal liberty if the premises of the rule of law is not to lose its content and become meaningless,” thus differing with the views of the majority.

The judgement in this case is considered as one of the most erroneous decisions in the history of Indian democracy. The judgement has been criticised for its narrow and positivist interpretation. It has been argued that the judgement did not follow Rule of Law while considering the arguments made in this case.

The Court made the inherent and inalienable Right of Life dependent on the provisions of the Constitution. It also reduced its own power and scope of functioning while dealing with cases relating to Fundamental Rights during Emergency, giving Executive full reign of managing the affairs of the country, which is not only arbitrary but also illegal according to some.

This judgement shaped the political and judicial future of India. It showed what loopholes existed in the system and how the Executive worked its way around, so that it can arbitrarily take decisions. The senior most judge on the bench, after the Chief Justice, Justice H. R. Khanna resigned later on and the rest of the judges went on becoming Chief Justices of India. After Emergency was removed from the country, the opinions expressed in this case were reversed in cases decided by the Supreme Court. In Maneka Gandhi v. Union of India1, the decision given in AK Gopalan2 was restored, that Article 14, 19 and 21 are not exclusive of each other and have to be read together. The scope of Article 21 has now been expanded further to include many aspects such Right to Livelihood, Right to Clean Environment etc. and it cannot be suspended under any circumstances now.

Justice Chandrachud and Bhagwati apologised for their judgements in the case. This has also affected the judgement in the comparatively recent Right to Privacy case, where Justice D Y Chandrachud reversed his opinion in the said decision after acknowledging his father’s apology in the Habeas Corpus case.3

This case showcases how judges have different viewpoints about a certain problem. This decision is an example of how multi dimensional an issue can be. But, at the same time, the gross neglect shown by the Court in recognising Right to Life as an inalienable human right should be pointed out and criticized. The grit shown by Justice H R Khanna is noteworthy and his opinions have acted as a guiding light for future jurors and policy framers. This case paved the way for even wider interpretation of Article 21. At the end, it should be understood as to how Rule of Law has to be given the most priority in such cases to ensure proper distribution and separation of powers. 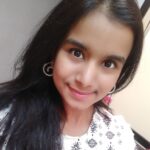 Soundarya hails from School of Law, Christ University and spends most of her time in reading and gardening. Her Interest area law and policy. For any clarifications, feedback, and advice, you can reach us at editor@lawcirca.com